Chief Justice Roberts Just Gave a Big Win to Dark Money, and No One Seems to Be Paying Attention 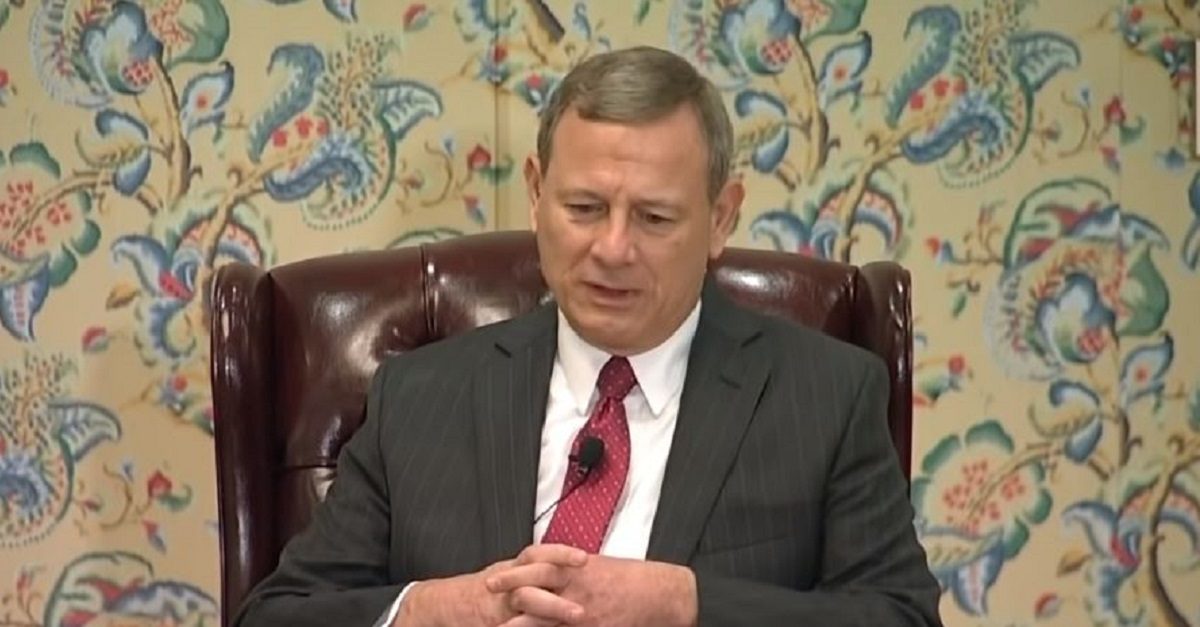 As November approaches, America is in an extraordinary procedural position. This is the first high-stakes election since our intelligence community officially determined that there was significant interference with our presidential election. Our president has just issued an executive order that imposes sanctions on foreign individuals or groups who interfere with elections. That same president’s former campaign manager was convicted of fraud and is now cooperating with Special Counsel Robert Mueller’s investigation. Also, the president’s former lawyer pleaded guilty to campaign finance violations, while simultaneously naming the president as having directed the illegal activity. So that’s kind of a lot.

Whatever your political ideology generally, or feelings on Donald Trump specifically, it’s indisputable that the rules of campaigning and elections are experiencing a spotlight of unprecedented wattage. In that context, it’s rather interesting that the Chief Justice of the Supreme Court just delivered an eleventh-hour save to “dark money” interests.

This past Saturday, Chief Justice John Roberts granted an emergency stay of a change in Federal Election Commission rules. He did it alone, in a one-line decision, without the rest of the Court (as is perfectly proper, but somewhat unusual), over a weekend, and just in time for November.

We need some background here, as media coverage these days appears to disproportionately favor hurricane hysteria over secret forces at work undermining our democracy.

Litigation has been proceeding between Karl Rove‘s Crossroads GPS and Citizens for Responsibility and Ethics in Washington (CREW); Crossroads GPS failed to disclose names of contributors funding the defeat of Democratic Senator Sherrod Brown in 2012, and CREW filed suit challenging the FEC regulation for not implementing what the law requires.

Last month, a federal district court invalidated the FEC regulation that allowed political nonprofit organizations to secretly fund campaigns. The rule, which has been in effect for 38 years, requires disclosure for donations specifically designated for certain “independent expenditures,” that urge votes for or against a specific candidate; under what has been the interpretation of the rule, though, donors’ identities need not be made public under other conditions, even when those communications seek to support or oppose a particular candidate more obliquely.

U.S. District Judge Beryl Howell ruled that nonprofits (such as Crossroads GPS) should be required to disclose any donors giving more than $200 toward “independent expenditures.” When Judge Howell first issued her ruling, she stayed it for 45 days, but refused to allow Crossroads GPS any additional time to make the change in practice. Crossroads GPS petitioned SCOTUS for relief on the grounds that the November election is quickly approaching, and such a major change shouldn’t be made so close to it.

While FEC regulations are certainly complex, it doesn’t take an election law expert to understand that an important upcoming election is exactly the reason why a practice allowing dark-money into our campaigns might need a quick change.

The defects in the current challenged regulation may be promptly and readily remedied by the FEC promulgating a new rule in accordance with the statute that provides members of the public with the information that they need to participate as an informed electorate, as well as to deter corruption and undue influence, and enforcing limitations on foreign funds being funneled into domestic political campaigns—and the fast approach of the 2018 election provides all the more reason to do so promptly.

Justice Roberts, apparently, did not agree.

NICE WHILE IT LASTED: The DC Circuit declined earlier today to stay a lower court’s decision to kill an @FEC regulation that allowed #darkmoney… but Chief Justice Roberts has just ruled on the emergency appeal before him and stayed the decision himself.https://t.co/5xx3Iuvp2a pic.twitter.com/PfDLncboz4

At this point, it’s premature to conclude the full impact of the stay, as it is unclear how long it will remain in place. What is clear, though, is that the American electorate continues to be influenced by factors unknown to the average voter, and that efforts to change that reality – either in success or failure– are largely ignored by the media.  It may be easier to focus on the drama of Brett Kavanaugh‘s confirmation hearing, but it’d be a good idea if we paid some attention to what sitting SCOTUS justices are actually doing — especially when those rulings affect our votes.