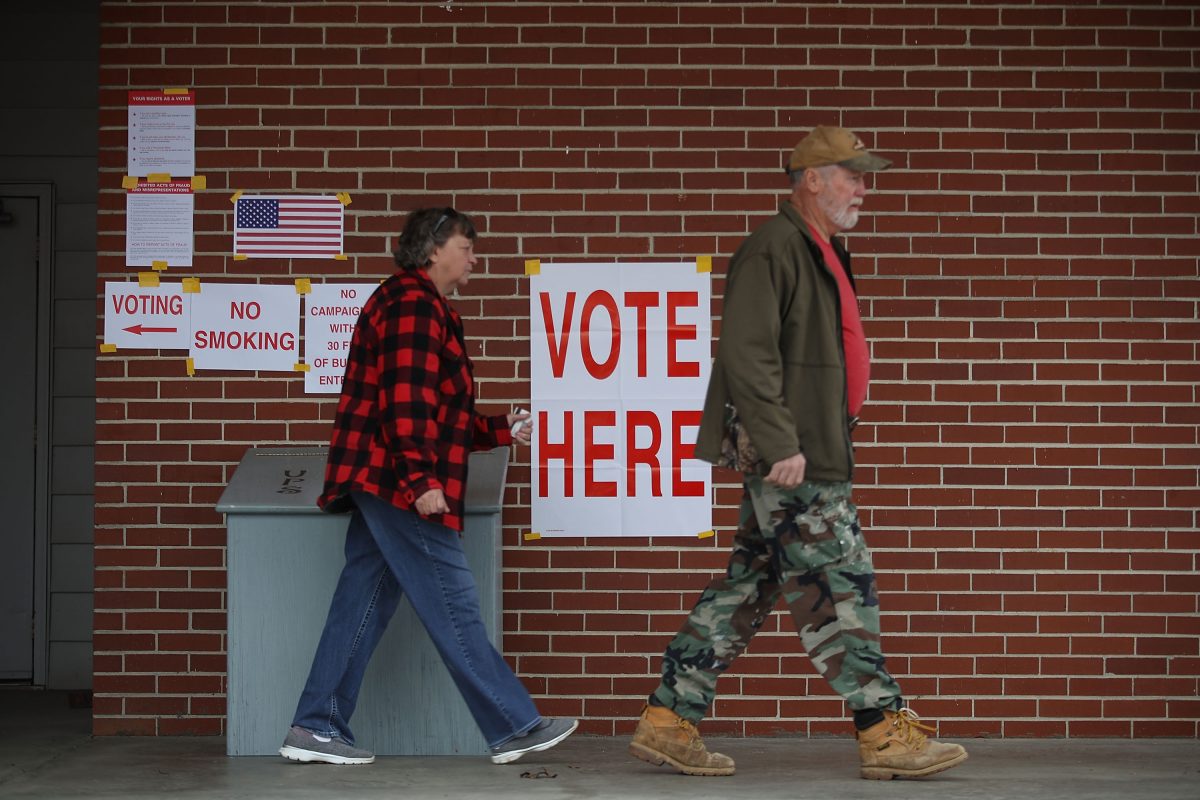 Meanwhile, as more women than ever before head to the House of Representatives, Alabama just declared itself the State of Misogyny. On Election Day, Alabama voted 59% to 41% to pass Amendment 2, an anti-abortion “trigger law” that goes into immediate effect if the Supreme Court were to overturn Roe v. Wade. If you’re thinking that it’s odd for states to pass blatantly unconstitutional legislation just to be ready in case those laws someday become constitutional, you’d be right. But we’re talking about Alabama here, and its federal-law-be-damned attitude is hardly the most disconcerting thing about Amendment 2.

The amendment does three things. First, it sets the record straight (in case anyone was confused) that Gilead’s Alabama’s policy is to support “the sanctity of unborn life and the rights of unborn children, including the right to life.”  Second, it declares an unborn child entitled to legal rights. Third, it specifically declares that the state’s constitution does not protect a woman’s right to an abortion, nor does it require the funding of an abortion. So basically, in Alabama, fetuses are people. Pregnant women, not so much.

From a legal standpoint, it’s the granting of specific rights to the unborn that has the greatest potential to change the landscape of reproductive freedom in Alabama. And we’re not just talking abortions. If an unborn child is a person entitled to legal rights “in all manners and measures” as the Amendment grants, what’s to stop Alabama from criminalizing contraception? Or allowing pregnant women to be sued – or jailed—for their prenatal nutrition, healthcare, or lifestyle choices? Perhaps most disturbingly, it would open the door for police investigation into every miscarriage and stillbirth – just to be sure that a woman’s womb wasn’t a crime scene. Oh, and if you’re looking for some kind of limiting language – such as a legal distinction for pregnancies resulting from rape or incest, or in cases that risk the mother’s life – you won’t find any in Amendment 2.

While Alabama’s anti-abortion efforts this election cycle were the most dramatic, Oregon and West Virginia weren’t far behind. In West Virginia, voters approved Amendment 1, amending its constitution to eliminate any right to or funding for abortions. Oregon’s voters approved Measure 106, a constitutional amendment to prohibit public state funds from paying for abortion.

In other First Amendment? What First Amendment? news, Alabama also voted 71% to 28% to approve a change to its constitution to authorize the display of the Ten Commandments on public property. If this all sounds a little familiar, it may be because of that time Roy Moore defied a federal order to dismantle a Ten Commandments monument in the rotunda of the Alabama State Supreme Court. Granted, it Alabama’s new amendment doesn’t go as far as Mississippi, which is trying to get children to recite the Ten Commandments every day in the classroom, but give them some time.  Perhaps by 2020, Alabama will figure out how to get the unborn registered to vote.