The leader of a Texas butterfly preserve vividly remembers the day in July 2017, when she saw five workmen around the levee of her refuge, three of them wielding chainsaws, cutting down trees and mowing down vegetation.

“It was a shocking moment,” recalled Marianna Treviño Wright, the executive director of the now-closed National Butterfly Center in Mission, Texas. “I said, ‘Who are you, and what are you doing here? And they said, ‘Well, the government sent us to clear this land for a border wall.'”

Little did she know at the time, Treviño Wright said, that her fight against the construction of a U.S.-Mexico border wall would plunge her into a years-long battle with prominent figures in MAGA-world, including ex-White House chief strategist Steve Bannon, former Kansas Secretary of State Kris Kobach, and possibly, former President Donald Trump’s son-in-law Jared Kushner. Nor did she know, she says, that her well-publicized court battles against those powerful forces that be would make her the target of QAnon-style conspiracy theories that would shut down her preserve and make her fear for her life.

In an extended interview with Law&Crime’s podcast “Objections: with Adam Klasfeld,” Treviño Wright describes how her 100-acre haven for nature lovers and lepidopterists leapt into national headlines — and became a lightning rod for right-wing conspiracy theories with a history of provoking violence.

After years of this campaign, she says, an alarming incident involving a fringe congressional candidate in Virginia shut down her refuge indefinitely weeks ago. Its doors remain closed as of publication.

“We Solved the Butterfly Thing”

In 2017, the center’s litigation began against the Trump-era Department of Homeland Security, Customs and Border Protection, and U.S. Border Patrol, but she says she would soon learn about private sector involvement.

“We can only speculate how Steve Bannon’s We Build the Wall came to target us,” Treviño Wright said, referring to the border-wall charity whose top executives were later indicted for allegedly conspiring to defraud their donors and launder money.

Before its executives’ prosecution, We Build the Wall billed itself as an effort to crowdfund a U.S.-Mexico barrier, including in the area of the preserve.

“In May of 2019, it was widely reported that Jared Kushner told an Oval Office full of GOP senators, ‘we’ve solved the butterfly thing,’” she added, referring to a meeting that also reportedly included Trump’s anti-immigrant, then-senior advisor Stephen Miller. “And we had no idea what that meant.”

Months later, the National Butterfly Center sued We Build the Wall, its founder Brian Kolfage, and the wall’s private contractors to have the structure dismantled. A defamation count accused Kolfage of smearing the nature refuge on Twitter as a site of “human trafficking” and “drug smuggling.”

“Once we knew Steve Bannon was involved, we understood that this was a Cambridge Analytica-style, military grade psy-op designed to accomplish a multitude of goals,” she said.

Bannon, a former Naval officer and former Cambridge Analytica board member, would later be among the four We Build the Wall officers a grand jury indicted, and the only one to be pardoned during the twilight of Trump’s tenure. Treviño Wright believed that the goals included advancing a political agenda, dark money fundraising, and winning federal government contracts for Tommy Fisher, who scored a reported $2 billion in border-wall contracts. His companies were named as defendants to the butterfly center’s lawsuit.

“Their Goal Is a Body Count”

Crediting the National Butterfly Center’s litigation with sparking the federal prosecution of We Build the Wall executives, Treviño Wright said a breakthrough in the case occurred when Kansas’s former secretary of state made a fateful admission.

“Kris Kobach testified in court that We Build the Wall was not building the wall,” Treviño Wright said. “That’s not what their money was actually for. They were just the social media cheerleader for the enterprise. And that they were only contributing $1.5 million to the mission project that Tommy Fisher estimated cost over $40 million. After that, the SDNY pulled the trigger.” 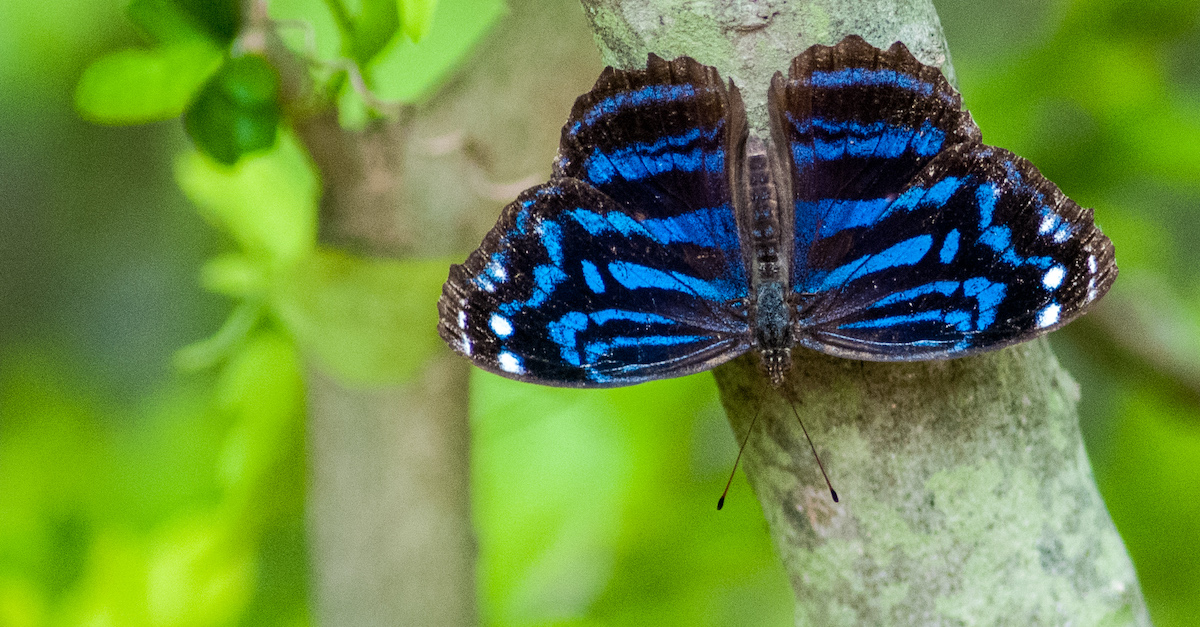 Though the charity asserted that every dime raised would go to border-wall construction, prosecutors claimed in an indictment that Bannon pocketed $1 million and that Kolfage took $350,000 plus went on a spending spree to buy a Jupiter Marine yacht called the Warfighter, a Range Rover SUV, a golf cart, jewelry, and cosmetic surgery. Trump’s pardon of Bannon scuttled his charges, but his three co-defendants—Kolfage, Andrew Badolato, and Timothy Shea—are awaiting trial.

Prosecutors indicated earlier this week that a plea deal with Badolato may be imminent.

“You know, I think Brian Kolfage was the frontman and the patsy for, you know, for this psy-op,” she said, referring to the QAnon-style claims that the preserve was being used for child sex-trafficking.

She said that she was well-aware that incendiary claims about child rape and uncontrolled immigration sparked violence in the past, from the “Pizzagate”-inspired attack on Comet Ping Pong in Washington, D.C. in 2016, to the El Paso Walmart massacre in 2019, to the attack on the U.S. Capitol on Jan. 6, 2020.

“We are nothing more than a prop and a backdrop and relocated on the border,” she said. “So it’s given them the opportunity to marry two different boogeyman: the ‘bad hombres‘ that President Trump said are smuggling humans and you know, drugs and poisoning your children and raping your women with the child sex trafficking, you know, pedophilia and all of that.”

“Their goal is a body count,” she said.

“You Are Here to Promote Your Agenda”

On Jan. 21, a Trump-aligned political candidate named Kimberly Lowe visited the preserve with a person claiming to be a Secret Service agent.

“I laughed,” Treviño Wright Said. “And I had to say, that is hilarious.”

Secret Service agents are not assigned to congressional candidates, and they don’t announce their presence, she noted. 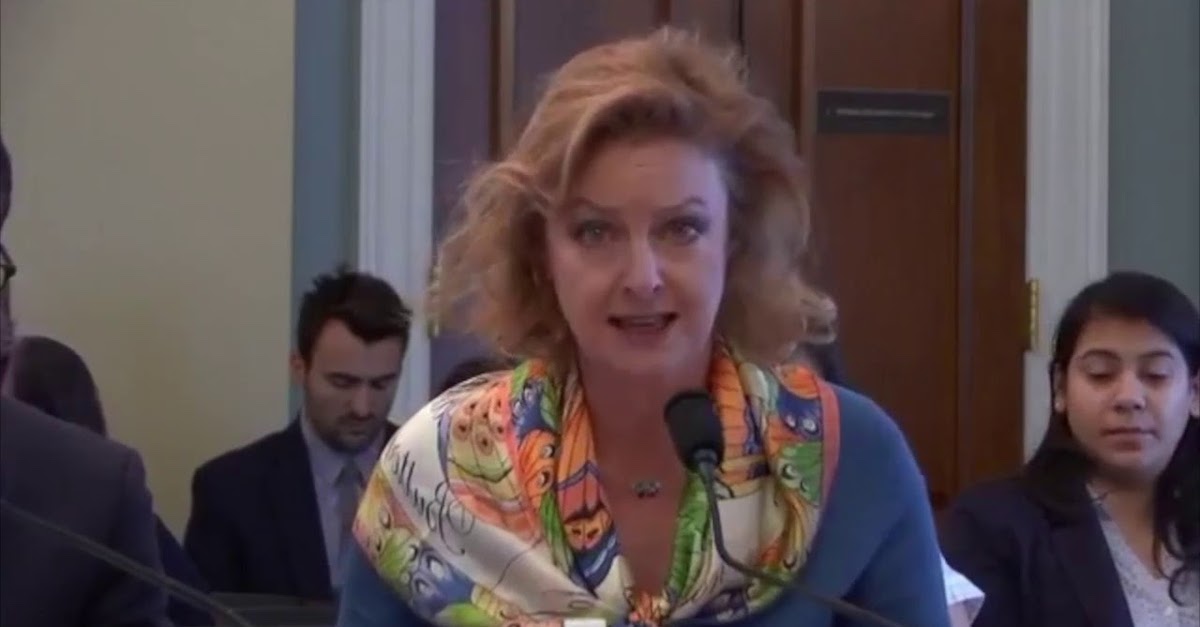 Lowe, who was running against Rep. H. Morgan Griffith (R) in Virginia’s 9th Congressional District Republican primary, had been in the area before a three-day “We Stand America” rally, purportedly devoted to border security and featuring former Trump administration officials Thomas Homan and Michael Flynn.

Treviño Wright said she recorded her interaction with Lowe and the candidate’s associate “Michelle,” sharing the audio with Law&Crime and other news outlets.

“You are here to promote your agenda, and your agenda is not welcome here,” Treviño Wright cab be heard saying on the Jan. 21 recording, which can be heard on the podcast. The visitor can be heard responding: “You’re okay with children being sex trafficked and raped and murdered.”

“That is not at all what this is about,” Treviño Wright can be heard replying. “We have Girl Scouts spend the night here. That’s how safe it is.”

She says the interaction escalated when she tried to stop Lowe from filming her, because of the center’s previous experiences with right-wing harassment. According to her and her son’s affidavits to local law enforcement shared with Law&Crime, that is when she was thrown to the ground and her phone was snatched away from her.

At this point in the recording, a voice can be heard shouting: “Get the fuck down, bitch.”

Treviño Wright said that she reported the incident to local and federal authorities. The FBI declined to comment, and local authorities from Mission and McAllen Police did not immediately respond to requests for comment.

Lowe, whose campaign did not respond to Law&Crime’s inquiry left through its website, previously released a five-page statement disputing the accounts in the affidavits. The Washington Post said the candidate threatened to sue other news organizations that reported the story.

For Treviño Wright, the smears against the preserve are particularly absurd considering where it is located.

“Texas National Guard is in the middle of the property; 24/7 next door to us is the 24 hour operational U.S. Border Patrol outpost for their stables for their Mounted Patrol,” she said. “On the other side of us is an Anduril tower, the 80-foot tall Anduril and otherwise fortified technological asset with 360-degree cameras that can zoom in on the butthole of a bunny rabbit, radar, sonar, drone communications, dirt box audio technology to which your cell phone automatically connects.”

“If this were happening that all 35,000 visitors we have each year, and the 6,000 schoolchildren we serve each year with their mommies, the Girl Scouts who literally camp out and spend the night at the National Butterfly Center are all in on it,” she said. “And that nobody who’s not a part of it has been able to come in, disguised as one of us with lots of binoculars and high quality long lens camera gear and other stuff and actually document any of this.”

Closed since late January, the center says it has feared for the safety of its staff, scientists and visitors. Treviño Wright described receiving death threats from both local and national figures. She said that white supremacist Hardy Lloyd, who called for attacks on the Pittsburgh’s historically Jewish neighborhood targeted in the Tree of Life synagogue massacre, posted a call for pictures of a family and a home address.

Getting emotional, Treviño Wright recalled telling a Navajo friend about how she was “paralyzed with fear.”

“I was crying, and he asked me, you know, ‘Why are you upset? What are you crying about?’ And I said, ‘I don’t want to die without meeting my grandchildren,'” she recounted, holding back tears. “And he took my hand and he said, ‘My friend, you may be your grandchildren. And that has given me the peace I need to keep going each day.”

Beyond its impact on her life, she noted the youth of her community also suffer.

“The ones who will suffer most from these lies are actually the children in our community who will be deprived of the opportunity to receive traditional outdoor education, experience the wonder of the butterflies and the birds, learn about native habitats and healthy ecosystems and just run and play,” she said.