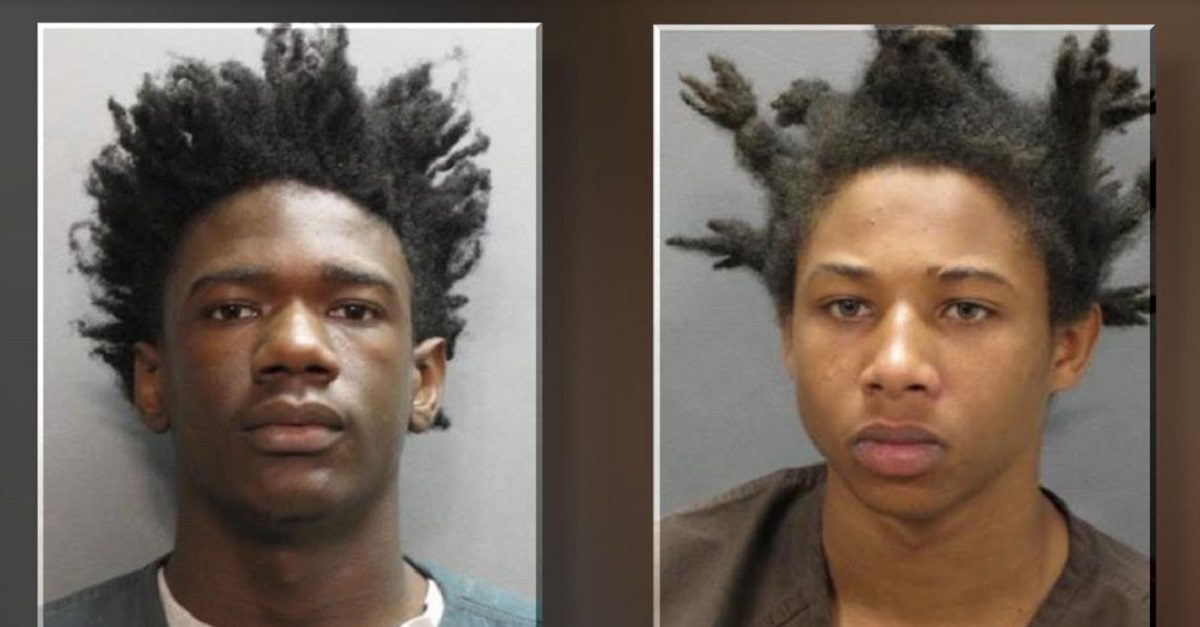 A Florida jury has convicted alleged gang members Henry “Cracka Jack” Hayes and Kquame “J.B.” Richardson of murdering a 22-month-old toddler. The child, Aiden McClendon, was shot to death while sitting in a parked car with his mother, grandmother, and great-grandmother. Prosecutors argued that the toddler died in an attack aimed at Reginald Williams, who was the infant’s cousin. McClendon was the only one who was struck in the shooting.

Hayes and Richardson were tried together, but with separate juries entering and leaving the courtroom at different times. Testimony was at times admissible against both men, just Hayes, or just Richardson. Each jury heard separate closing arguments.

During the trial, McClendon’s mother, Tomeshia Brown, identified Hayes as the primary shooter during tearful testimony which recounted her son’s death. Prosecutors later attacked a defense claim that her identification of Hayes was inaccurate or mistaken by saying that Brown would definitely have remembered the face of one of the men who shot and killed her son. McClendon’s great-grandmother, Mary Thomas, testified that she cradled McClendon’s head after the shooting thinking that the child was in shock. She said she patted McClendon’s face and told him that everything would be okay. She helped take him to the emergency room. The shooting left him dead.

Prosecutors said the shooting death of Aiden McClendon was the culmination of months of violent gang clashes. They played online rap videos which portrayed both Richardson and Hayes. Prosecutors said the videos were admissions of guilt and promises of future violent activities. Some of the videos referenced certain streets where shootings eventually occurred, they said. One of the videos was posted half an hour before the shooting. Prosecutors also said Richardson and Hayes were very close and were “together all the time.”

Though prosecutors believe Richardson and Hayes were after Williams, the two defendants were tried under the legal doctrine of transferred intent. Prosecutors said the defendants intended to kill Williams and that their crimes resulted in the death of McClendon. Therefore, legally, the intent to murder transferred from Williams to McClendon, and prosecutors could try Richardson and Hayes for first-degree murder.

Florida’s so-called “principal theory” also allowed prosecutors to try both men for murder, since one helped the other. The prosecutor said that under Florida law, Richardson supplied the car that Richardson knew would be used in the shooting and is therefore legally responsible for the murder which resulted from the car’s use.

The original charges for McClendon’s death were second-degree murder; however, they were upgraded to first-degree murder by a criminal gang member as the investigation unfolded.