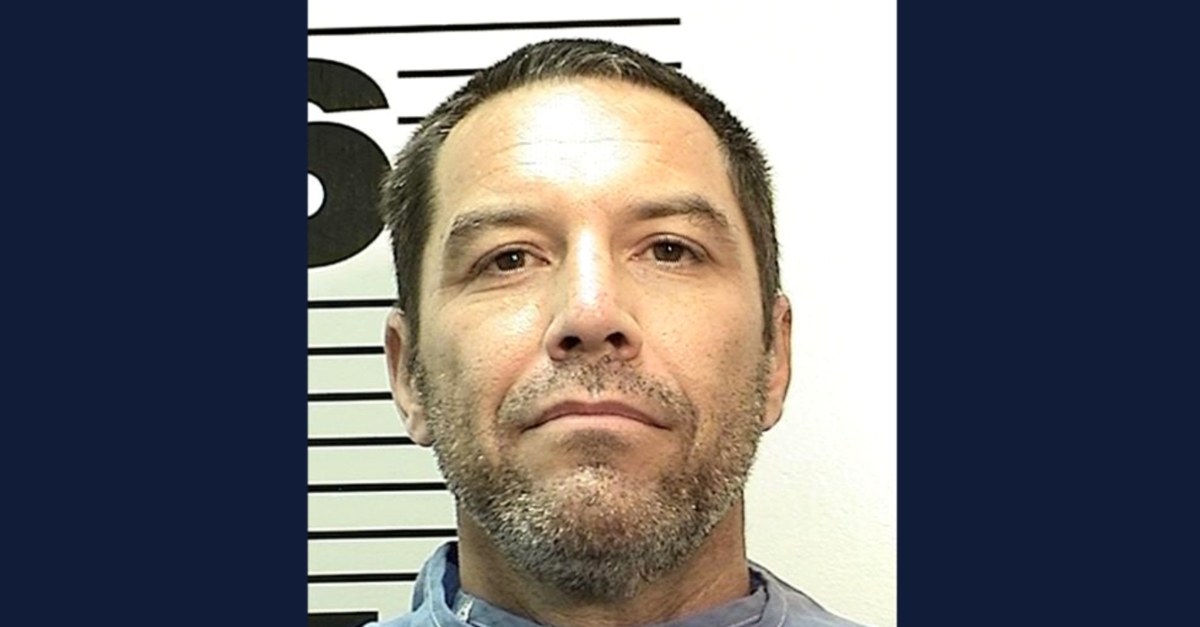 Scott Lee Peterson, the man convicted of murdering his wife Laci Denise Peterson, 27, and their unborn son Conner Peterson, has been moved off of death row. The California Department of Corrections and Rehabilitation said in an email to Law&Crime that Peterson was transferred to Mule Creek State Prison last week.

Peterson, who turned 50 on Monday, was originally sentenced to death, but the Supreme Court of California ruled in 2020 that this punishment was unconstitutional because the trial court improperly dismissed potential jurors who simply voiced an opposition to capital punishment.

Laci and Conner were found dead in the San Francisco Bay in 2003. Conner’s umbilical cord had been ripped and there was nylon tape around his neck. His body also suffered a large cut.

Judge Anne-Christine Massullo still has to decide whether Peterson can get a retrial. The defense has argued that one of the trial jurors, in order to get on the panel, purposefully omitted from the jury questionnaire that she was the victim of an alleged domestic violence incident.

On Thursday, convicted murderer #ScottPeterson will appear in court for a hearing over a new trial based on allegation of juror misconduct. Peterson was convicted of murdering his wife Laci and their unborn son Conner in 2002. You can watch the hearing LIVE on @LawCrimeNetwork pic.twitter.com/uOcVtMu88l

Defense lawyer Pat Harris told KRON that his client will likely be in the general population.

“He’s going to be around more people,” Harris said. “He’ll have more of a normal prison life.”

Prosecutors maintain defendant Peterson’s guilt but decided not to seek the death penalty again, citing the deep pain of the victims’ family and the prospect of reopening old wounds.

“The People have met and discussed with the victims’ family what a new penalty trial would involve, pursuant to their rights under Marsy’s Law,” they wrote last year. “While the family of Laci and Conner believe there is no doubt that defendant is guilty of these crimes and that his conduct warrants the death penalty and defendant is deserving of the punishment of death, the family has decided this process is simply too painful to endure once again. The decision to accept the sentence for defendant of Life Without the Possibility of Parole followed discussions with the family of the victims, Laci and Conner; they are aware that, if the penalty phase is not retried, the defendant will be sentenced to Life Without the Possibility of Parole. THEREFORE, NOTICE IS HEREBY GIVEN that the Office of the District Attorney will not re-try the penalty phase for defendant Scott Lee Peterson.”

“No matter what happens, no matter what transpires in the future, there are two things that will never change,” Laci’s mother Sharon Rocha said during a victim impact statement in December. “Laci and Conner will always be dead. And you will always be their murderer.”

[Mugshot via California Department of Corrections]