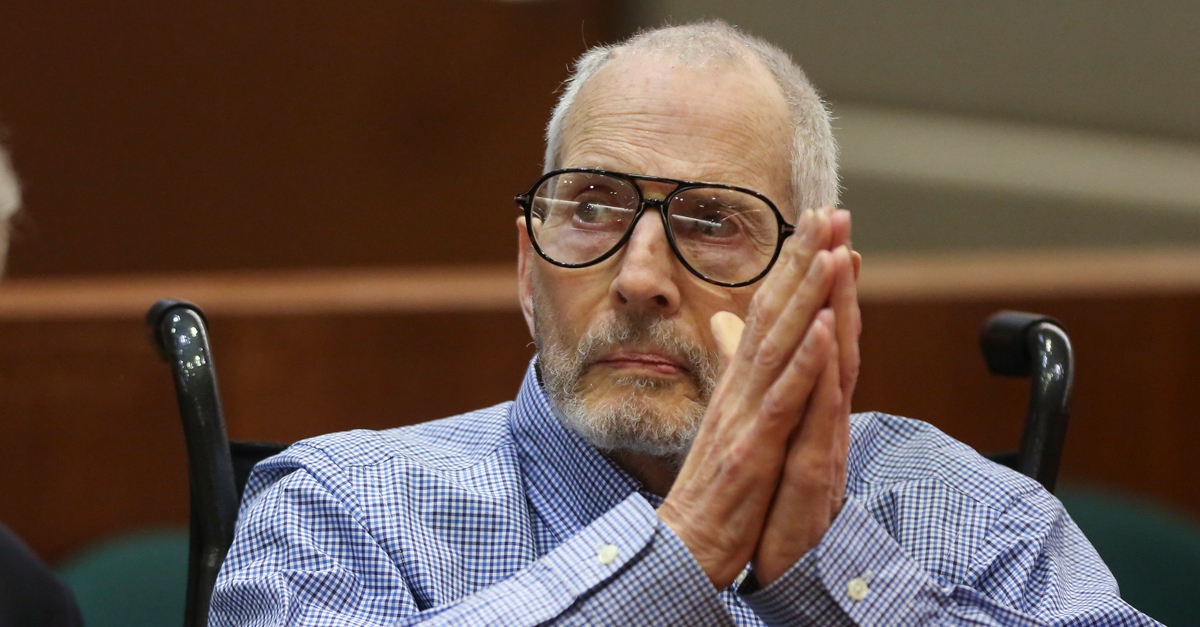 Murder defendant Robert Durst is set to stand trial for allegedly killing his friend Susan Berman, but the case is indelibly tied to the 1982 disappearance of wife Kathleen Durst. A new ruling ties the two cases even closer together.

Judge Mark E. Windham in Los Angeles County, California announced jurors can hear evidence he “coerced” Kathleen Durst to have an abortion before she went missing, according to The New York Daily News. It was relevant to show the alleged motive in both the disappearance and the slaying, the judge said.

Of course, this gives prosecutors more leverage in this high-profile case. The defendant has never been charged in his wife’s disappearance, but he’s been publicly suspected of being responsible. Authorities say Durst killed Berman in 2000 because she knew he did something to Kathleen Durst.

Getting ready for #robertdurst star of #HBO show The Jinx, Motions hearing. Defense wants to exclude evidence Durst wanted his still missing first wife to have an abortion. It will “inflame” the jury defense argued. pic.twitter.com/AH0rYVidGv

Authorities have long alleged that Robert Durst physically and emotionally abused his wife. They say he didn’t even report her missing until after five days.

Kathleen Durst’s brother Jim McCormack said in 2017 that he saw Robert Durst drag his sister out of a Christmas party by her hair.

“Just as quickly as I’m telling this story, they were already to the door,” he said. “I didn’t react quickly. People ask why I didn’t beat him up. I go, ‘You don’t understand. It happened so suddenly.’ Who goes over to someone and pulls them by the hair to get them to leave?”