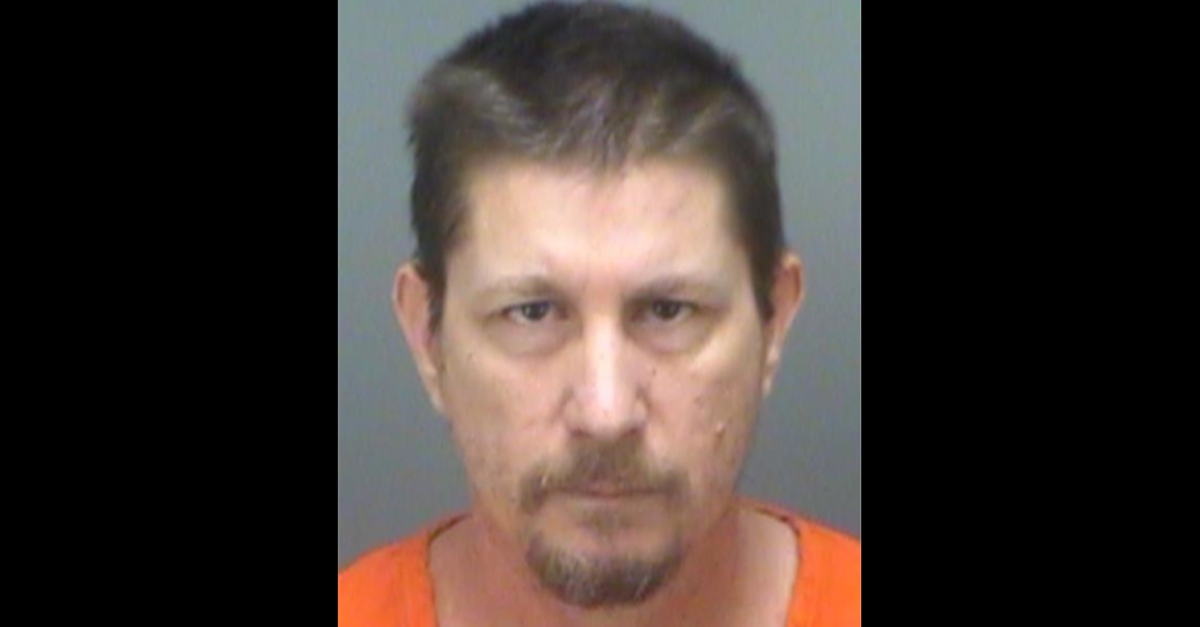 Note: He was found guilty of manslaughter. Learn more here. Our original article is below.

Michael Drejka, 49, stands trial in Pinellas County, Florida for the shooting death of Markeis McGlockton, 29. He faces one count of first-degree manslaughter with a firearm. The defendant allegedly maintained that he was defending himself, but investigators said surveillance footage showed that the victim was moving away at the time of the shooting. Also, Drejka was accused of being gun-happy and aggressive in an earlier confrontation over the same spot.

The death happened July 19, 2018 at a Circle A Food Store, according to the criminal complaint obtained by Law&Crime. McGlockton, his girlfriend, and their three children went there (she has since given birth to their fourth child). The girlfriend said she had parked on the west side of the store because of congestion in front, detectives said. McGlockton and their five-year-old son left the vehicle to pick up food and drinks. The girlfriend stayed behind with the other two kids.

Enter Drejka. He allegedly confronted the girlfriend for parking in a handicap spot. A witness at the store told detectives that the defendant was loud and talking with his hand, according to the complaint. He said it was bad enough that he considered stepping in on behalf of the woman.

In the end, it was McGlockton who left the store and stepped in. According to the complaint, surveillance footage showed him pushing Drejka to the ground. The defendant then pulled out a gun. Video showed the unarmed victim turning away when the shooter fired, detectives said.

McGlockton escaped into the store and fell on the ground in front of his five-year-old son.

Authorities said there were three prior incidents in which Drejka was allegedly aggressive.

In January 2012, he allegedly pulled out a gun while driving a truck, and pointed it at a pair of 18-year-olds, after yelling at them for stopping at a yellow light. The alleged victims did not want to press charges, said Pinellas County deputies.

Later that December, the defendant was allegedly driving a black Toyota truck when he pointed a gun at a woman and her passengers. He allegedly told Largo police that she had been driving too slowly through a school zone, but he denied whipping out his gun. No charges were filed because the complainant left the scene without providing ID, authorities said.

The third incident allegedly involved a handicap space. He allegedly got into an argument with a truck driver at the Circle A Food Store for parking on the spot, used racial slurs, said he was going to shoot the person, and went to his SUV to get something from the center console area. The truck driver left the scene, detectives said. But that wasn’t the end of it. Drejka allegedly spoke with the driver’s employer and said he was lucky he didn’t blow the employee’s head off. That boss said he realized he couldn’t have a productive conversation with Drejka, according to the complaint.

Drejka is white. The trucker is black. So was McGlockton.

The defense declined to have a “stand your ground” immunity hearing, and instead went straight to trial.

Note: Updated to reflect that McGlockton’s girlfriend ended up giving birth to a fourth child.