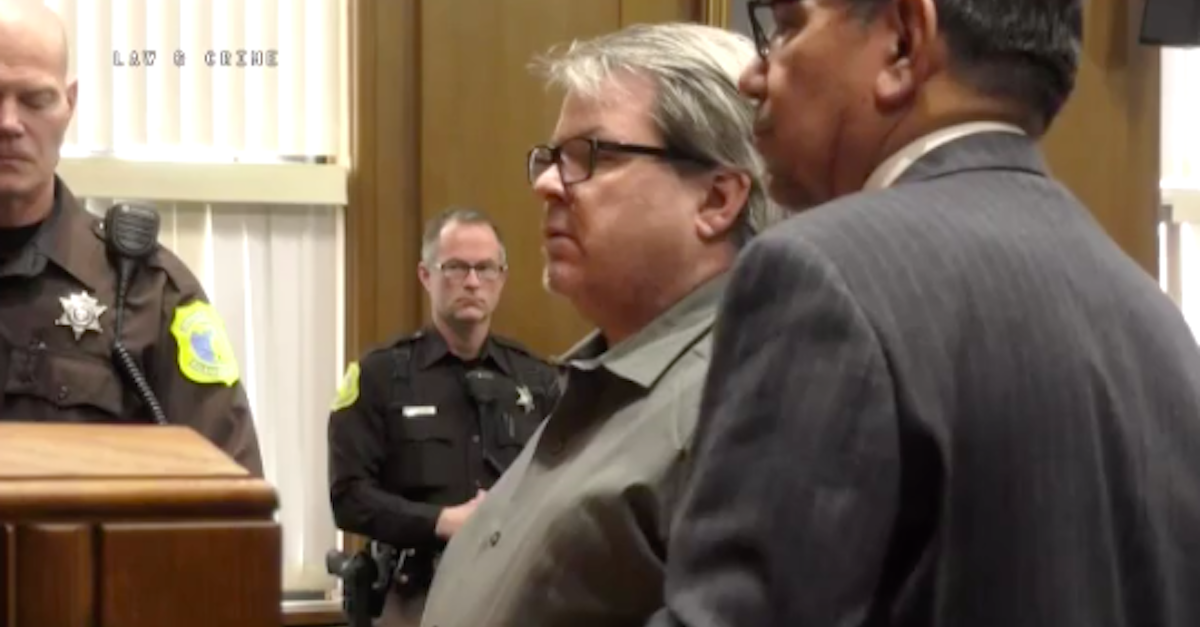 Former Uber driver Jason Dalton was about to stand trial in Kalamazoo County, Michigan for a 2016 shooting spree, but as jury selection was getting underway, he decided to plead guilty. Prosecutors say Dalton killed six people and injured two others across three locations. He faced six counts of murder, two counts of assault with intent to commit murder, and eight counts of felony firearm. Monday morning, Dalton entered a guilty plea to all counts against him.

Dalton’s attorney told the court that he spoke with his client about the consequences of a guilty plea. The plea did not come with any agreement regarding sentencing. Each murder count is punishable with a statutorily specified sentence of life in prison without parole.

The suspect was quickly identified as an Uber driver. Several customers claimed he had been driving erratically.

“I just had to get out of the car because I was scared,” Matt Mellen told 911, according to MLive. “He was driving 50, 60 miles per hour. He hit a car, he drove through the median. It was crazy.”

Dalton claimed the app made him go on his shooting spree, according to documents obtained by The Los Angeles Times. He allegedly said, “it feels like it is coming from the phone itself and he didn’t know how to describe that.” Deputies dragged him out of court in May 2016 after he spoke during Carruthers’ testimony, and she broke down crying.