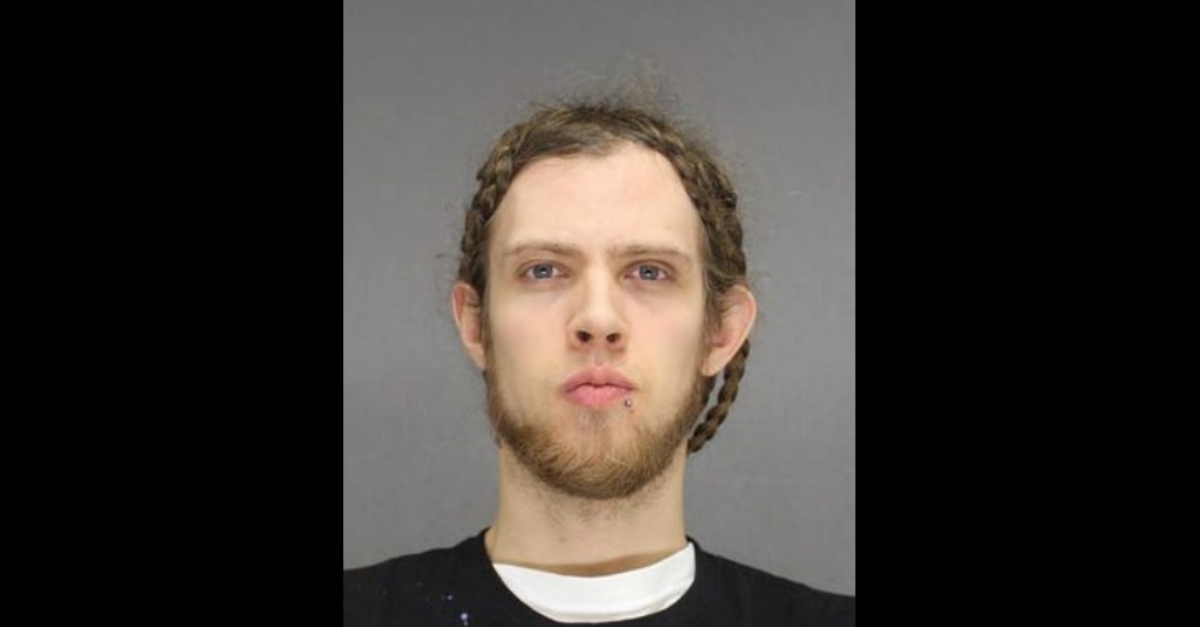 Jurors in Brown County, Wisconsin determined Thursday night that convicted killer Jacob Cayer, 29, had a mental disease or defect, and that because of this illness, either lacked a substantial capacity to appreciate the wrongfulness of his actions or conform his actions to the law. So he was found to be not responsible in the double murders of his ex-girlfriend Sabrina Teague, 23, and her mother Heesun “Sunny” Teague, 64, but Judge Tammy Jo Hock ordered him committed to a life term in the custody of the state Department of Health Services.

#BREAKING: #JacobCayer – Jury says Cayer lacked the ability to understand the wrongfulness of his actions. He will be committed to the department of health services up to life. “The commitment period for intentional homicide includes up to life,…” pic.twitter.com/fcrDLMcgjd

The jury found Cayer guilty of the crimes on Wednesday. Prosecutors said the defendant went to the Teague home in a fit of rage, killed Sunny, cleaned himself off, then ambushed Sabrina and her then-boyfriend Joel Kennedy.

The question during the second phase of trial was whether Cayer was mentally culpable for what happened. His defense argued that he was deeply mentally ill. They wanted him in a maximum security mental health hospital instead of prison. The prosecution maintained the defendant knew what he was doing and that what he was doing was wrong.

Defense lawyer Anthony Cotton told jurors in closing arguments Thursday that the defendant was experiencing an unmedicated schizophrenic condition during the crime.

Cayer had insisted he was not mentally ill, constructed nonsense theories about the crime, did not make a real attempt to flee the scene of the crime, and did not believe anything was wrong, the defense said. His delusions were fixed, and there was no evidence he made up anything, Cotton said.

On the witness stand, Robbins said it was almost impossible to fake a thought disorder for four years. He maintained that no evidence suggested Cayer was faking; Cayer’s symptoms appeared genuine. The defendant, he testified, did not want to be considered not guilty by reason of mental disease or defect. Cayer asserted there was nothing wrong with him, the psychiatrist said.  But the doctor said there was.

The defense pointed out there was no expert brought on the rebut the doctor’s position. Brown County District Attorney David Lasee worked to undermine Robbins’s analysis, however, in other ways. He told the jurors they knew more about the case than the doctor and that it was clear under cross-examination that Robbins did not review some of the most important evidence in the case.

The psychiatrist, he added, only analyzed the defendant’s actions after the murders, not his actions at the time of the killings.

Cayer went into the woods and hid until police found him and did not exhibit any confusion at that point, Lasee said. Robbins did not acknowledge that the defendant was apologizing, asking about Sabrina Teague, and otherwise seemed to know that what he did was wrong, the D.A. said.

Under Wisconsin law, a defendant “is not responsible for criminal conduct” if, “as a result of” a “mental disease or defect,”  he “lacked substantial capacity either to appreciate the wrongfulness of his . . . conduct or conform his . . . conduct to the requirements of law.”

Lasee argued that Cayer could not take advantage of the so-called insanity defense because Cayer planned the crime, cleaned himself up between the killings, apologized, asked about one of the victims, and otherwise showed signs that he knew he had done wrong. Yet the Wisconsin insanity test, due to its use of the phrase “substantial” (rather than total), is more flexible than other legal tests for insanity which would have resulted in an easier conviction for the state.

The defendant had a motive, Lasee said: Sabrina told her mother that Cayer sexually assaulted her. His his personal life was falling apart. The killing was not a random act. The defendant had no problem conforming his conduct to the requirements of the law.

According to the state, Cayer displayed planning: He brought his backpack with the things he wanted, didn’t stay at home to argue with his father, washed his feet of blood during the acts, stole a phone, chased Kennedy, and ran off when he heard Kennedy call 911. He gave up after law enforcement found him, Lasee said.

Cayer, who continues to maintain his outright innocence, declined to testify in this phase of the case or even show up to court.

“I don’t want to be present,” he said Thursday morning via video conference. “I do not like you people, and I’m going to give everything to the news later, so fuck y’all.”

He then flipped the bird.