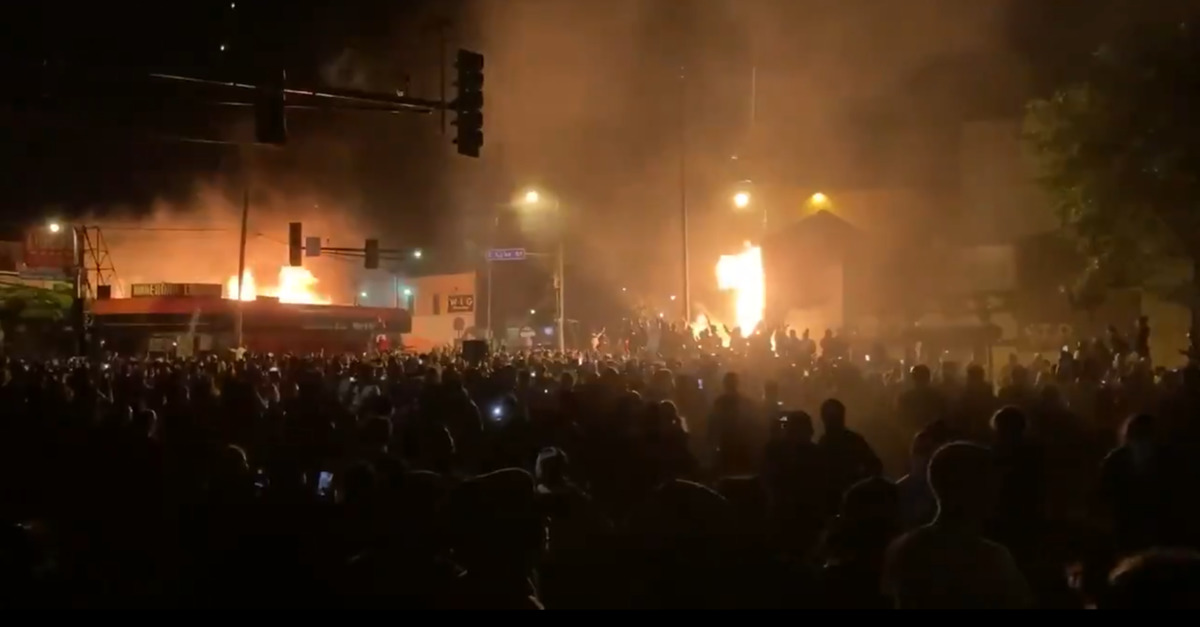 Two suspects have been charged in connection with the arson of the Minneapolis Police Department’s (MPD) 3rd Precinct. The station was torched days after the George Floyd was killed by Minneapolis police.

The U.S. Attorney’s Office (USAO) for the District of Minnesota that 26-year-old Bryce Michael Williams of Staples, Minnesota has been charged with the federal crime of conspiracy to commit arson.  The USAO said that a masked and baseball cap wearing Williams was taken into custody on Tuesday and appeared in court on Wednesday.

Authorities claim that a man identified as Williams was seen on police station surveillance video holding a Molotov cocktail as unnamed individuals attempted to light the wick. Bureau of Alcohol, Tobacco, Firearms and Explosives (ATF) say that videos posted on Williams’s TikTok showed the defendant wearing clothes that matched video of the clothing of the person holding the Molotov cocktail. The USAO said Williams’s face was visible in a different video. 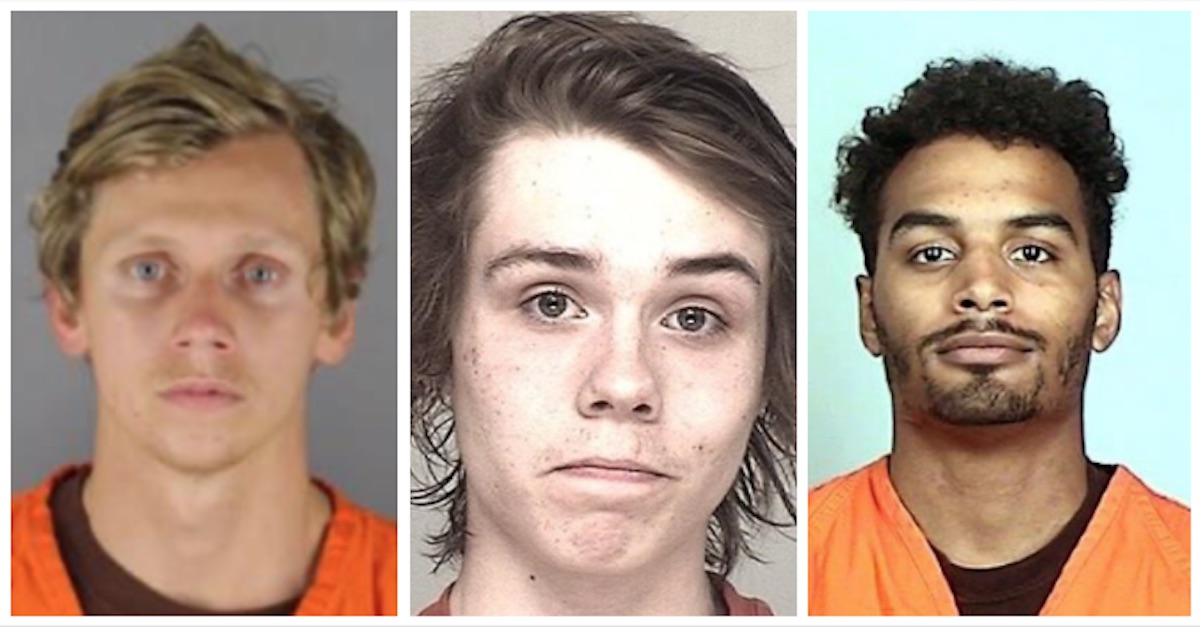 As in the case of Williams, authorities say Robinson was identified through police station surveillance footage and through video that was posted on the suspect’s social media account. There, Robinson allegedly typed some incriminating things, like “These guys have never made a Molotov… Rookies” and “We need gasoline”:

According to the allegations in the complaint, ATF investigators reviewed a video posted on ROBINSON’s Snapchat account that shows at least one individual appearing to make a Molotov cocktail while multiple unidentified voices provide directions on how to make the device. During the video, ROBINSON typed several comments, including “These guys have never made a Molotov… Rookies,” and “We need gasoline.” Investigators reviewed another Snapchat video in which ROBINSON can be seen setting a fire in a stairwell inside the Third Precinct.

The latest charges come just over a week after 23-year-old Braden Michael Wolfe of St. Paul, Minnesota was charged in connection with the arson of the Third Precinct.

Wolfe was also charged with aiding and abetting arson.

Authorities say Wolfe was wearing “body armor and a law enforcement duty belt and carrying a baton” when trying to get into a store where he worked as a security guard. He is now out of a job.

“WOLFE’s name was handwritten in duct tape on the back of the body armor. Law enforcement later recovered from WOLFE’s apartment additional items belonging to the Minneapolis Police Department, including a riot helmet, 9mm pistol magazine, police radio, and police issue overdose kit,” the USAO said in a press release. “According to the allegations in the complaint, during a law enforcement interview, WOLFE admitted to being inside the Third Precinct the night of the arson, to taking property from the building, and to pushing a wooden barrel into the fire. ”

Wolfe allegedly identified himself in photos in “multiple witness photographs depicting [himself] in front of the Third Precinct holding a police baton, with smoke and flames visible in the background.” The defendant allegedly admitted pushing a wooden barrel in a fire that had been started at the Third Precinct.