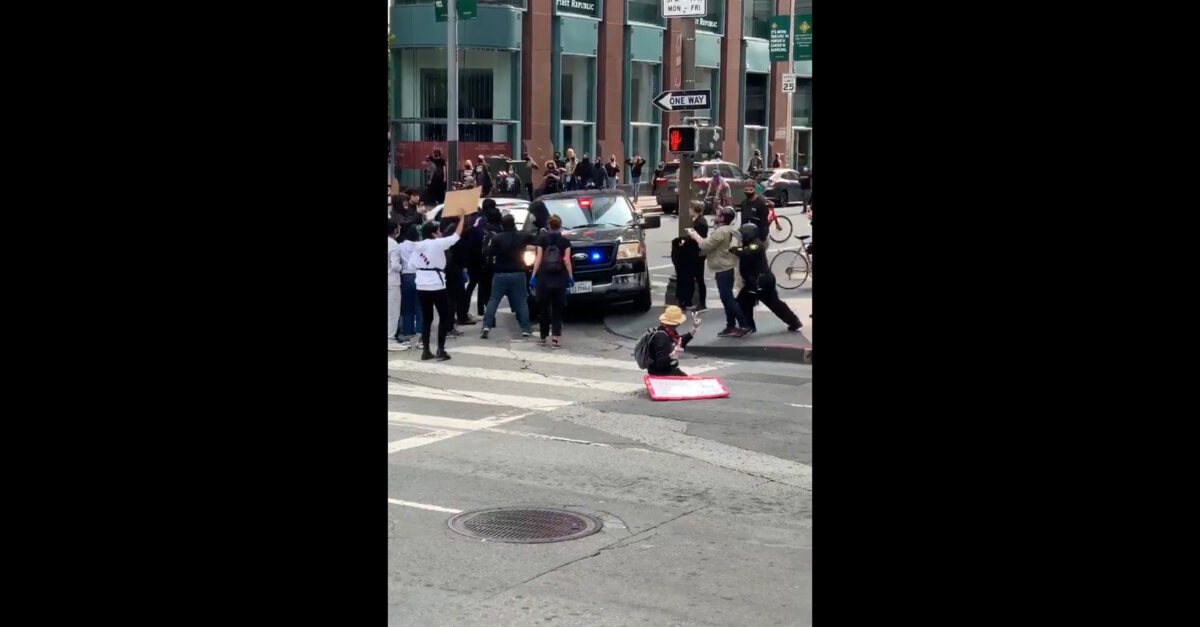 San Francisco District Attorney Chesa Boudin announced that he was launching a criminal investigation into a member of the San Francisco Sheriff’s Department on Wednesday.

The announcement was made via the prosecutor’s own Twitter account. The inquiry concerns an incident during Black Lives Matter (BLM) protests late last month in response to the alleged murder of George Floyd by four officers of the Minneapolis Police Department.

“On May 31, at appx 5:03 PM, a BLM protester was shoved to the ground by a member of the SF Sheriff’s Dept,” Boudin tweeted. “My office has opened a criminal investigation.”

The incident was captured on film and the brief clip quickly went viral–feeding into the police brutality narrative engulfing the nation after law enforcement in many states responded to protests with shows of force and sometimes violence.

In the footage, a protester can be seen holding a sign in the air while standing on the corner of Pine and Front Streets in the city’s Financial District across from the First Republic Bank.

As the flashing lights of a law enforcement vehicle move forward, the alleged victim steps backwards, seemingly to get out of the way of incoming traffic.

Just moments later, however, the protester is visibly shoved in the back and falls to the ground and into the street. The protester’s hat flies into the air. The person doing the shoving is a small-framed officer wearing a helmet. That officer and others then proceeded to push back roughly 10 to 15 protesters.

As the shoved protester attempts to make their way back up, they raise their hands when two additional officers arrive, eventually accepting a helping hand from one member of law enforcement.

Authorities have not identified the protestor or the officer involved–aside from linking the officer to the San Francisco Sheriff’s Department; they are requesting additional information, including videos of the incident, from the public.

“If anyone has relevant video/can identify the suspect/witnesses/victims in the video below, email [email protected],” the district attorney’s tweet said.

Boudin recently signaled his office’s intent to provide monetary aid to victims of police violence. On Tuesday, he announced a program that would provide victims of, and witnesses to, police violence with money to cover funeral expenses, medical bills, counseling and other social services.

“The bottom line is that people should not have to rely on a GoFundMe page to pay for a funeral of their son or daughter when they’ve been killed by law enforcement,” Boudin said during a press conference announcing the restorative justice policy.

Boudin’s policy appears to be the first of its kind in the country.