‘If They Resist and Attack You, Shoot Them’: GOP Lawmaker Says Cops Should ‘Get Tough’ with Black Lives Matter ‘Thugs’ 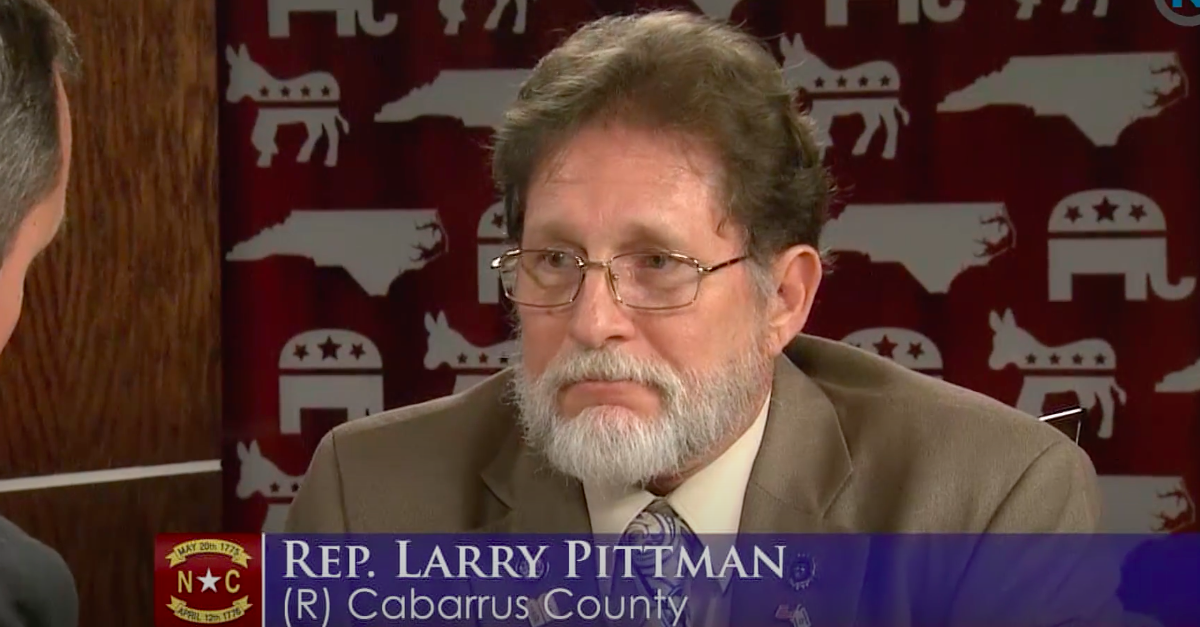 A Republican lawmaker in North Carolina on Tuesday went on a tirade against Black Lives Matter protesters – whom he referred to as “vermin” and “ignorant thugs.” The elected representative called on state officials to empower law enforcement officers to “get tough with these criminals.”

In a post to his Facebook page, state Rep. Larry Pittman specifically singled out the mayor of Seattle for allowing citizens to take over the six-block area in Capitol Hill that was abandoned by police and soon became known as the Capitol Hill Autonomous Zone or CHAZ.

“I am thoroughly disgusted by the gutless wonders in public office who are bowing down to Black Lives Matter. The mayor of Seattle has betrayed the citizens there by allowing the anti-American actions of those ignorant thugs to go unchallenged,” Pittman wrote.

Pittman, known for calling for a return to public hangings and for calling Abraham Lincoln “the same sort of tyrant” as Adolf Hitler, then laid out a three-step plan he believes would restore “law and order”:

If I were in charge there, my orders to police officers would be:

1) Go take back our city. You will have my support.

2) If these domestic terrorists surrender, arrest them, and whatever stolen goods or money you recover from them will go to help the business owners whose places of business have been invaded.

3) If they resist and attack you, shoot them.

Pittman encouraged police to ramp up use of force amid widespread protests against police brutality. He said that police should be allowed to “get tough” and that they have a right to use “deadly force.”

“They are bent on destroying our country and our way of life, and they will use any tragedy, any slogan, any excuse to convince clueless people that their radical injustice is justice. What George Orwell warned us could happen so long ago is right before our eyes, and we had better put a stop to it now, while we are still free to do so.”

Pittman is currently running for his fifth term in office. Gail Young, the Democrat running against Pittman in 2020, immediately condemned his remarks.

“This is just the latest in a long series of incendiary and divisive comments from Rep. Pittman, and I’m deeply disappointed that he would choose to incite violence in these already difficult times for so many families,” she said in a statement to the Charlotte Observer. “I’ll be a leader who seeks to bring us together and I’ll work to make sure people in Cabarrus County feel safe and healthy.”

I am thoroughly disgusted by the gutless wonders in public office who are bowing down to Black Lives Matter. The mayor…