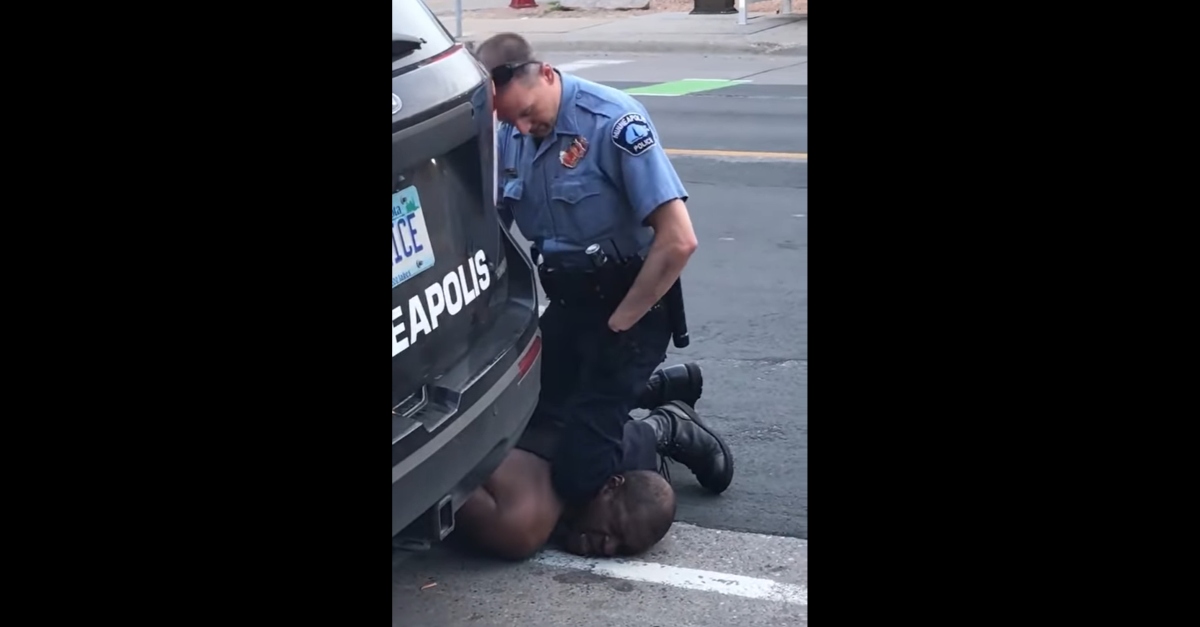 The trial judge “erred” when refusing to reinstate a third-degree murder charge against fired Minneapolis police officer Derek Chauvin in the death of local man George Floyd, the Minnesota Court of Appeals ruled on Friday.

To be clear, the count has not been reinstated yet. The court kicked the matter back down to the trial judge for reconsideration in light of the ruling we now discuss. Plus, the defense can still oppose reinstatement of the charge.

Hennepin County District Court Judge Peter Cahill dismissed the third-degree murder last year for lack of probable cause. Chauvin is also charged with second-degree murder, and second-degree manslaughter, but the decision was nonetheless a “stunning blow” to prosecutors. Cahill said that, under case law, the crime cannot occur when the defendant’s actions were focused on a particular person.

The situation changed on Feb. 1, when the Court of Appeals upheld a third-degree murder conviction in a separate case against Mohamed Noor, another fired Minneapolis police officer who was tried for shooting 911 caller Justine Ruszczyk while on-duty. The question was whether a third-degree murder charge could hold if the defendant’s homicidal act endangered an individual, not multiple people. The court ruled yes, though the dissent said this decision flipped more than a century of case law.

Chauvin prosecutors worked to reinstate the third-degree murder charge, but Cahill again rejected their arguments. The judge reasoned that though he’d normally have to follow the appellate court’s ruling, their decision was not yet precedential because it was still possible for the Noor decision to be appealed up to the Minnesota Supreme Court.

The Court of Appeals unequivocally dismissed such reasoning on Friday.

“Given the choice between a system in which this court’s precedential opinions are binding authority immediately upon filing, which must be applied consistently in factually similar cases, and a system in which this court’s precedential opinions are of no effect until further review is denied or completed, it is obvious that the former—and only the former—results in the evenhanded, predictable application of law that is necessary to promote confidence in the judicial system,” Judge Michelle A. Larkin wrote in her opinion. “That is likely why Chauvin is unable to identify any jurisdiction that does not treat a precedential decision of an intermediate appellate court as binding authority while further review is possible or pending.”

“If the Floyd/Chauvin court reinstates this count, prosecutors will be given back a great advantage that was taken away when the court dismissed this count,” he told Law&Crime in an email. “If the 3rd degree murder charge is reinstated the jury will have an option other than just dropping it down to a manslaughter conviction. The importance of this is in the numbers. A conviction for 3rd-degree murder is a max 25 years; and manslaughter is a max 10 years. This is why you see the lawyers slugging it out on this issue.”

Chauvin, then a police officer, was recorded kneeling on Floyd’s neck for several minutes during an arrest on May 25, 2020. Angry bystanders called for him to get off of Floyd as Floyd said he couldn’t breathe. Eventually, Floyd stopped moving. Floyd was lifted onto a stretcher and taken to the hospital, where he would be pronounced dead that night.

This matter is heading back to the trial court. Now prosecutors will get another chance to add another charge to their arsenal.

Jury selection in the Chauvin trial is scheduled to begin on Monday, March 8. You can get live gavel-to-gavel coverage of the trial right here at Law&Crime. The trial of the other three former police officers—Tou Thao, J. Alexander Kueng and Thomas Lane—is scheduled to take place in August.