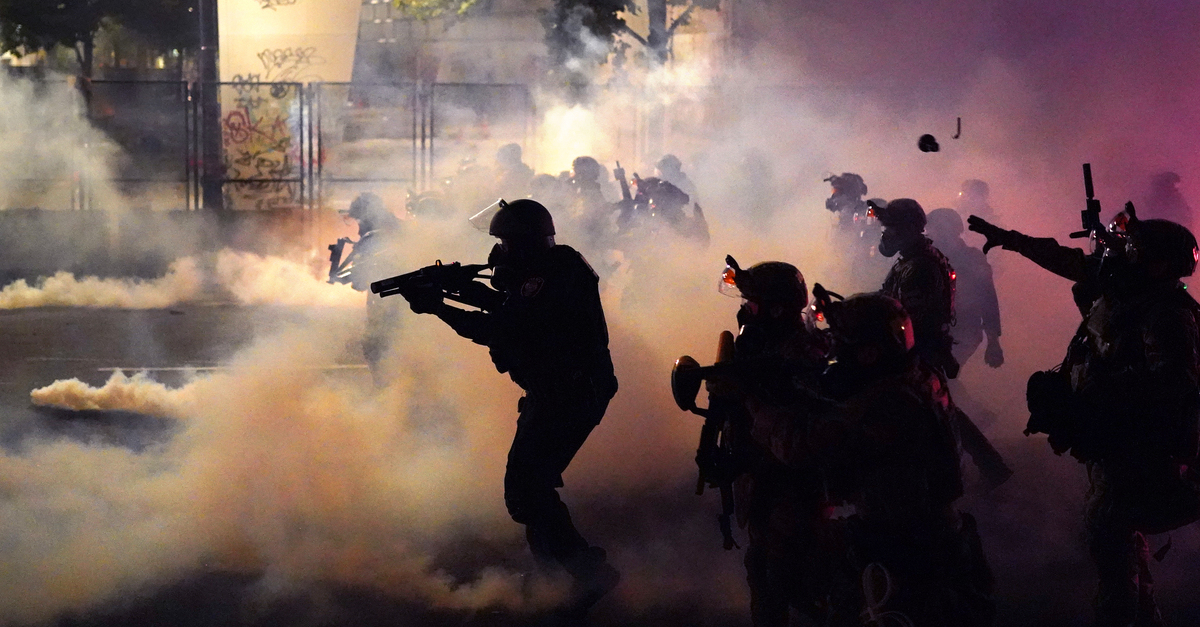 Questions, and accusations of illegality have been leveled at the federal government since the White House began using Department of Homeland Security (DHS) to patrol the streets of Portland. But a recent article by the Associated Press that declared that President Donald Trump and Acting DHS Secretary Chad Wolf are plainly on firm legal footing is drawing criticism.

That interpretation upset at least one legal expert on Saturday.

The deployment of DHS agents and officers is legal, both under existing law and an executive order President Donald Trump signed June 26 to protect federal property and monuments. But it has made the agency, created to improve the nation’s response to terrorism, a target of widespread criticism.

“It is not accurate to broadly say the deployment is ‘legal,’ particularly when an injunction has been entered against DHS and two separate inspector general investigations have been launched,” attorney Max Kennerly wrote on Saturday. “Better to say there is a limited authority to deploy which may have been exceeded.”

The preliminary injunction filed by the American Civil Liberties Union (ACLU) calls into question at least some of the legal authority under which federal forces are operating.

The Department of Justice (DOJ) Inspector General (IG) Michael Horowitz recently launched two separate inquiries into federal use of force in Portland. The first probe focuses on widely-criticized DHS detentions of protesters that began in July; the second focuses on alleged use of force by federal agents in the months leading up to July in both Portland and Washington, D.C.

“Can’t say I’m too happy to see AP summarily deem the whole thing ‘legal’ when a federal court has already found parts were illegal and when two IG investigations are open to see if it is legal,”attorney Max Kennerly wrote in response to another attorney who took issue with the AP‘s framing of their own story.

“The most highly trained members of the Border Patrol are agents who confront drug traffickers and dangerous fugitives,” the news organization’s Twitter account wrote to summarize their story. “Now some are being used to quell protests. Some question whether the Department of Homeland Security is the right agency for the job.”

“No federal agency should have ‘the job’ of ‘quell[ing] protests,’ said attorney and legal writer Luppe B. Luppen.