Update — January 22, 2020, 6:11 p.m.: The trial has been reset to April 13 after the victim’s mother allegedly approached a juror and said the defendant was guilty.

Florida resident Euri Jenkins, 33, stands trial in Palm Beach County for allegedly hiring another man to kill his pregnant wife Makeva Jenkins, 33. He is charged with first-degree murder with a firearm.

Authorities say that a masked man broke into the couple’s home on June 29, 2017, and fatally shot the victim. Joevan Joseph, 21, was arrested the following September as the gunman.

Euri Jenkins appeared in the media as a caring widower who mourned his wife’s death.

“My wife was a good wife,” he told CBS 12 in an interview. “She was a good mom. She was an entrepreneur. She came from nothing to something.”

Jenkins had allegedly told deputies that the gunman killed his wife while she was sleeping, but authorities say he was behind it all. They said he hired Joseph to do it.

“I didn’t know he wanted me to kill his wife for 1500,” Joseph allegedly said according to court documents obtained by CBS 12. Joseph said Euri Jenkins didn’t tell him what the money was for until the night of the killing. Records said that Makeva Jenkins, a mother of three, asked her husband for a divorce in May 2017, but stopped after she learned she was pregnant. A friend said that Euri Jenkins didn’t like that she was expecting, authorities said.

Joseph was charged with first-degree murder, but pleaded down to second-degree murder in July 2019. He agreed to testify against Euri Jenkins. Sentencing is going to happen after his co-defendant’s trial, but he is expected to spend between five and 20 years in prison.

The defense is trying to stop prosecutors from showing that Makeva Jenkins was pregnant during the murder.

“There is no evidence that the fact that Makeva Jenkins was pregnant was a motive for this homicide,” they wrote in a filing obtained by Law&Crime. Instead, the alleged motive (as asserted by the prosecution) was to collect insurance money.

They also want to block some evidence that the defendant moved on very quickly after the murder. This included that the defendant allegedly went to a strip club sometime after the shooting, had affairs during the marriage and after the death, and had dinner with a woman after he moved to Port. St. Lucie, Florida.

Jenkins maintained his innocence after his arrest in 2017. 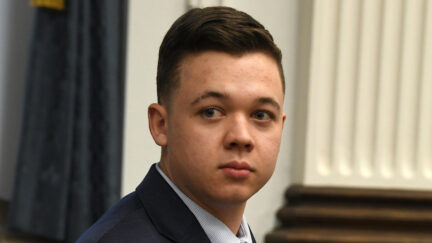