Amber Heard Outlines Upcoming Appeal in New Court Filing, Calls Wins and Losses for Both Her and Johnny Depp ‘Inherently and Irreconcilably Inconsistent’ 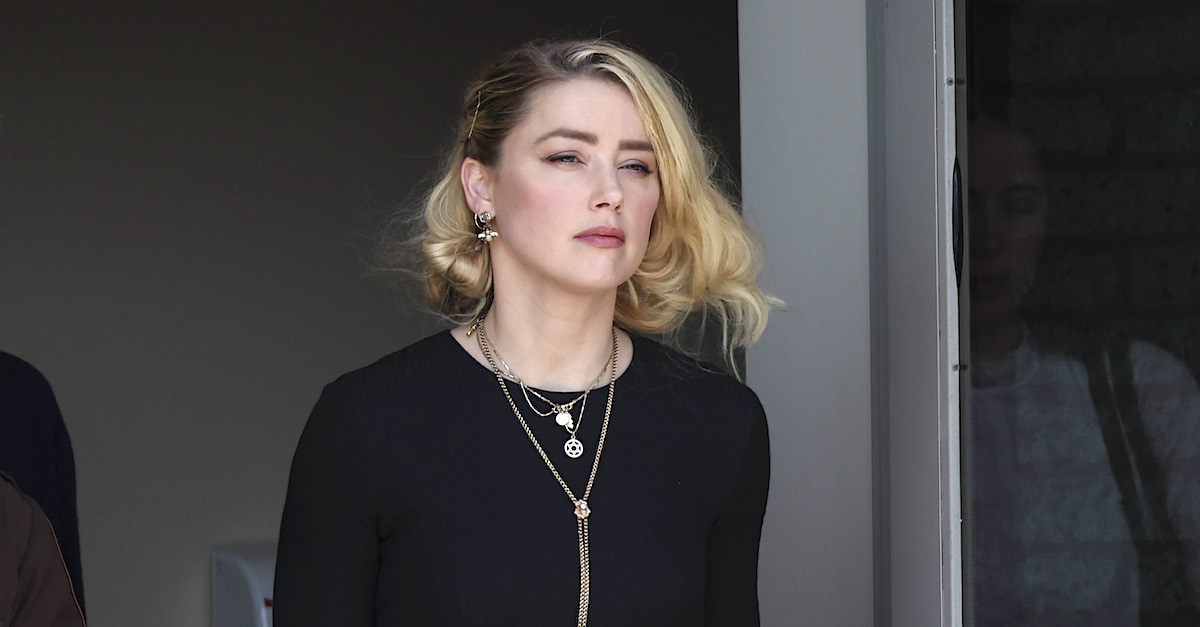 Attorneys for Amber Heard on Tuesday filed a court document outlining several grounds on which she intends to appeal the $10.35 million defamation judgment issued against her earlier this year.

The 4-page filing, stylized as Appellant’s Designation of Assignments of Error, is a special pleading required under Old Dominion appellate rules and was submitted with the Court of Appeals of Virginia. While some media outlets have referred to the terse document as an “appellate brief,” a proper brief will presumably be filed later on.

During the epic legal battle that played out for millions of viewers across the world through the month of June, actor Johnny Depp, Heard’s ex-husband, claimed that he was defamed in a 2018 Washington Post op-ed about domestic abuse. The article was reviewed by ACLU attorneys but appeared under the actress’s name. Heard, however, also won a $2 million judgment in her favor because one of Depp’s attorneys called her abuse allegations a “hoax.”

Monday’s filing says the fact of the two sides technically winning at trial was enough for the judge to set the whole thing aside because those variegated wins are “inherently and irreconcilably inconsistent.”

Heard’s legal team filed notice of their intent to appeal her loss in late July. The very next day, Depp’s legal team filed their own notice of appeal “from all adverse rulings and from the final judgment order” of the Fairfax County court that oversaw the dueling defamation case.

The most recent filing in the case is an outline with a succinct run-down of how and why Heard plans to appeal.

The Virginia Supreme Court has previously explained why an appellant must file such a document when they appeal:

The purpose of assignments of error is to point out the errors with reasonable certainty in order to direct this court and opposing counsel to the points on which appellant intends to ask a reversal of the judgment, and to limit discussion to these points. Without such assignments, appellee would be unable to prepare an effective brief in opposition to the granting of an appeal, to determine the material portions of the record to designate for printing, to assure himself of the correctness of the record while it is in the clerk’s office, or to file, in civil cases, assignments of cross-error.

Heard’s filing contains 16 grounds for appeal beginning with a claim that the trial court should have dismissed the case because it belonged in a more appropriate place than northern Virginia.

The filing also says the trial erred in not foreclosing Depp’s claims after he lost a similar libel lawsuit in the United Kingdom. Additionally, the filing says the UK ruling should have been allowed into evidence.

Attacking Depp’s case at a basic level, the filing says the trial court wrongly ruled that the statements Depp complained of in the op-ed were “actionable as statements of fact rather than non-actionable expressions of opinion” and “actionable as defamation by implication.” In other words, Heard’s attorneys are saying that Heard was sharing First Amendment protected opinions. They also appear to be making an argument that those statements may not have concerned Depp at all because his name was not mentioned in the op-ed.

“The trial court erred in denying the motion to set aside the jury’s verdict with regard to Mr. Depp’s failure to prove that the allegedly defamatory statements in the challenged op-ed each conveyed a defamatory meaning about him by implication and that any such implication was both designed and intended by Ms. Heard,” the document says later on.

Specifically, Heard’s legal team takes issue with the conclusion that Heard actually published, in a legal sense, the following sentences: “I spoke up against sexual violence—and faced our culture’s wrath. That has to change.” Those sentences make up the op-ed’s headline – in the media industry, writers seldom pen their own headlines.

The trial court erred in excluding evidence at trial of Mr. Depp’s reputation as it existed prior to publication of the challenged op-ed and after the op-ed was published.

As far as timelines are concerned, Heard also complains that the trial court erred by allowing Depp “to argue or suggest at trial that the jury could award damages based on statements or conduct occurring prior to the publication of the challenged op-ed.”

Focusing in on the legal theories under which she was found liable, Heard says the trial court “improperly instructed the jury on actual malice.” Actual malice is the U.S. Suprem Ccourt-created legal standard that governs defamation disputes when a high-profile person claims they have been libeled or slandered.

“The trial court erred in denying the motions to strike and to set aside the jury’s verdict with regard to Mr. Depp’s failure to prove actual malice by clear and convincing evidence,” the filing goes on.