Alex Jones was apparently caught unawares by an attorney for the parents of a 6-year-old Sandy Hook victim during cross-examination on Wednesday afternoon in a defamation trial over since-disavowed conspiracy theories about the 2012 elementary school massacre.

The source of surprise was an alleged and critical failure by the defendant’s own legal team concerning an iPhone data dump. 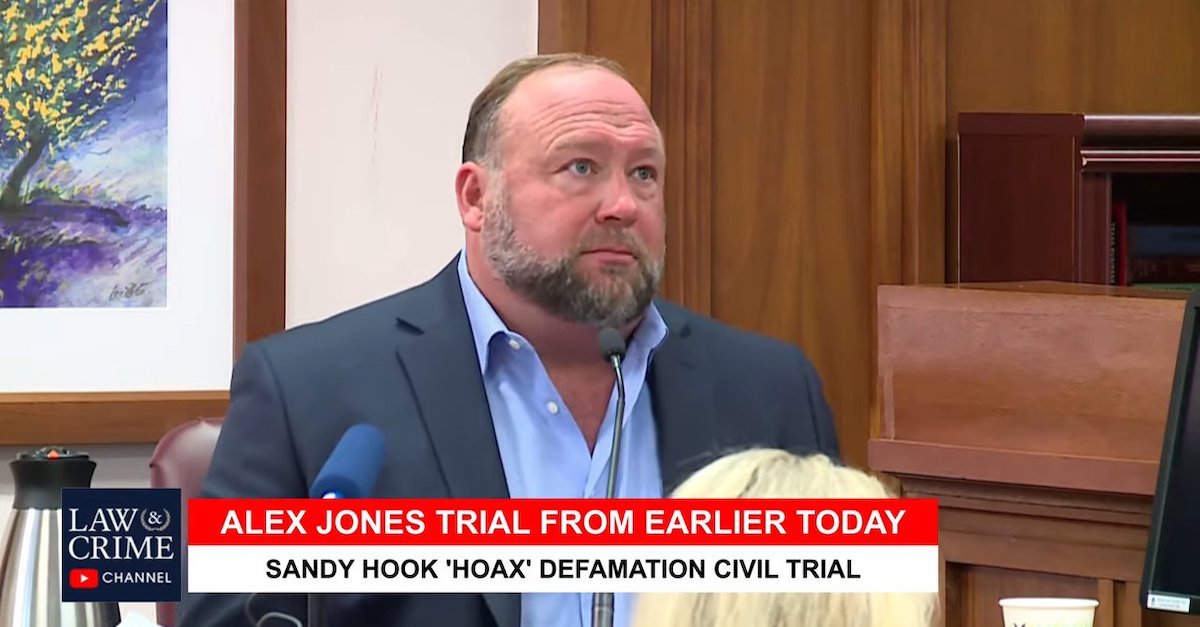 “What does it mean if the messages are in blue?” the attorney for Jesse Lewis‘ parents followed up before quickly asking – while pointing to a series of text messages on a screen viewer: “Whose messages are those? Whose phone is this taken from?”

“I don’t know whose phone this is taken from,” Jones answered.

Jones stammered a bit as the attorney answered.

“You didn’t give this text message to me,” Bankston said. “You don’t know where this came from. Do you know where I got this?”

“No,” the defendant said, as he quickly shrugged his shoulder.

Bankston then went into a detailed – and potentially damning – explanation about the recently-obtained text messages:

Mr. Jones, did you know that 12 days ago, 12 days ago, your attorneys messed up and sent me an entire digital copy of your entire cell phone with every text message you’ve sent for the past two years? And when informed, did not take any steps to identify it as privileged or protect it in any way? And as of two days ago, it fell free and clear into my possession and that is how I know you lied to me when you said you didn’t have a text message about Sandy Hook.

“Did you know that?” the attorney said, ending the account of the messages’ source with a question. 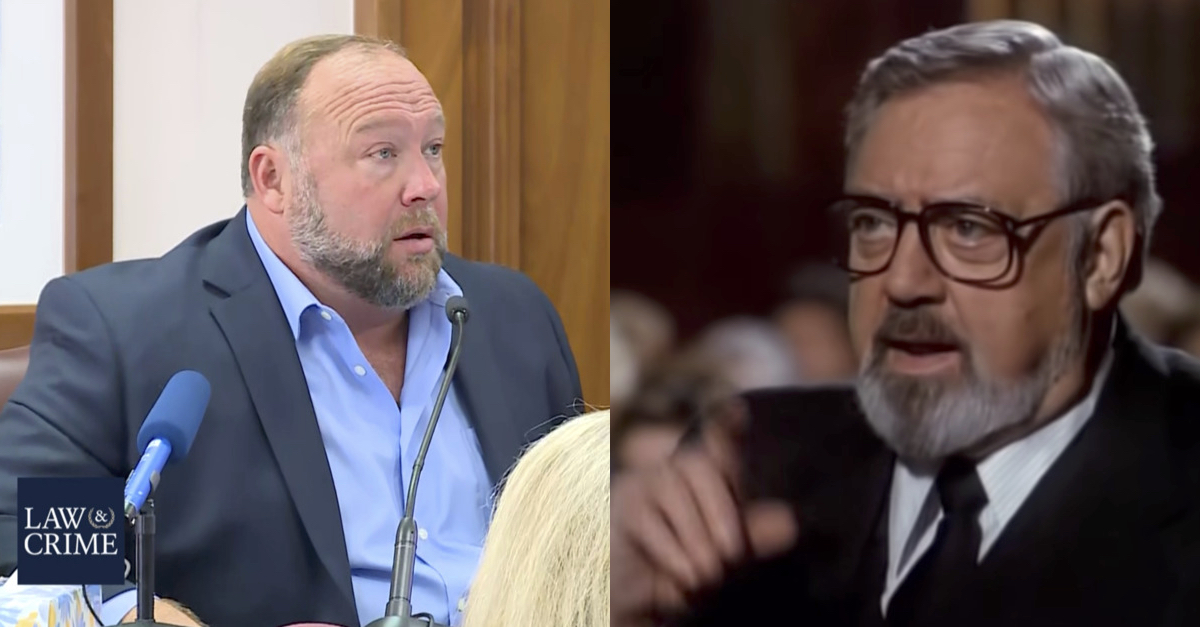 To which Jones replied: “I – see, I told you the truth. This is your Perry Mason moment. I gave them my phone and then–”

The defendant was cut off by Travis County Judge Maya Guerra Gamble, who told him that he needed to answer the question.

The attorney asked again: “Did you know this happened?”

“No, I didn’t know this happened,” Jones said.

The witness and the attorney then both indulged in a bit of a back-and-forth, with Jones sarcastically rejecting the implication that he was trying to hide anything on a phone provided to the plaintiffs by his own attorney. Bankston, for his part, responded to Jones’ account of how the phone’s contents came into the other side’s possession with a chiding remark that prompted a grimace from Gamble.

“I have several different phones with this number,” Jones said, “That’s why you’ve got it.”

“No,” Bankston said, drawing out his response. “That’s not why I have it.”

The judge admonished the witness to only answer questions and the attorney to only ask questions.

The attorney then got back on track – and to the point.

“Mr. Jones, during discovery, you were asked, ‘Do you have Sandy Hook text messages on your phone?’ And you said, ‘No,’ correct?”

A few seconds passed without a response before Bankston went on: “You said that under oath, Mr. Jones, didn’t you?”

Jones said he might have been mistaken but conceded that the text messages were obviously “right there.”

“You know what perjury is, right?” Bankston asked. “I just want to make sure before we go any further. You do know what it is?”

Bankston then advised Jones that he could plead the Fifth Amendment if he wanted to before asking again about deposition testimony in which the defendant said he searched for and could not find text messages associated with Sandy Hook.

“You said that under oath?”

“And you were lying when you said it?”