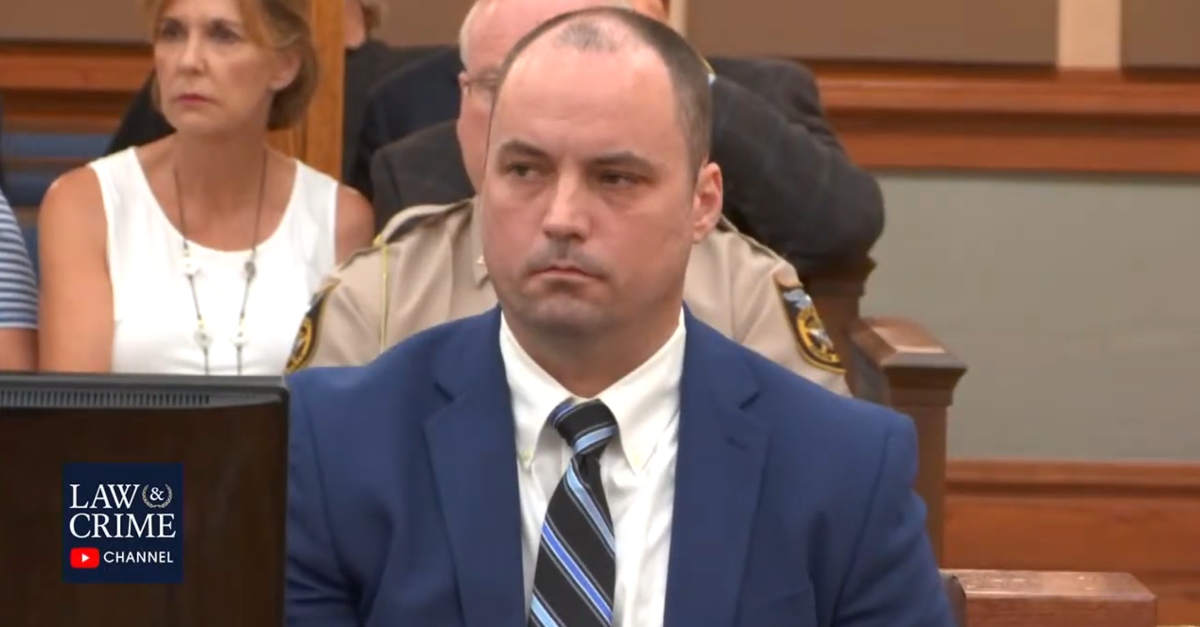 A judge sentenced Ryan Alexander Duke, 36, on Monday to 10 years in prison for concealing the death of 30-year-old teacher and beauty queen Tara Faye Grinstead. Duke is eligible for parole because of time already served since his 2017 arrest.

Duke is the second man punished for hiding Grinstead’s body by burning it, after prosecutors’ hopes to convict him as the killer collapsed. His friend Bo Dukes (no relation) was never charged with homicide. In other words, no one will face justice as the murderer.

Those words changed their lives forever.

“There is no appropriate punishment for what Mr. Duke taken from us,” Tara’s childhood friend Miriam Seeley told the court. “The pure evil acts you have done cannot be undone or forgotten. You have taken from this world one of the brightest souls ever to walk the face of the earth.” She called Grinstead “one of the sweetest, most loving people to have ever existed on this planet.”

According to prosecution’s theory of the case, Ryan Duke burglarized Tara’s home some time on Oct. 22 or 23, 2005, and he killed her when she found him. Duke sought help from longtime friend, roommate, and former schoolmate Bo Dukes in burning the body and keeping Grinstead’s death a secret for years, prosecutors said.

“October 2005 was one of the most painful journeys that I think any family could ever be faced with,” Tara’s stepmother Connie Grinstead said in court on Monday. “There are words that are seared in our memories forever. Missing. Disappeared. Vanished. And murdered. For over 11 years, we went to bed every night wondering where Tara was, and we woke up every morning with the same question. Where is she?”

They wondered if she was alive or dead, going back and forth between hope and heartache.

“Young children in our family were afraid to even go out and play because they thought if somebody took Tara, they might take them too,” she said.

Ryan and Bo were arrested in 2017. Ryan confessed while under investigation, saying he was indeed Tara’s murderer, but he walked back that confession, saying it was coerced. He then claimed Bo committed the murder and recruited him to help burn the body. Ryan maintained in testimony during his trial that he kept it secret all these years because he was afraid of Bo. He said he confessed because Bo would never tell the truth.

Anita dismissed Ryan’s purported fear, pointing out that Bo previously spent several years in federal prison for stealing over $150,000 worth of property from the U.S. Army. She suggested he could have stepped forward with the truth during this time.

Bo Duke is serving a 25-year sentence as the accomplice in Tara’s death. He asserted his Fifth Amendment rights when Ryan Duke’s defense called him to the stand.

For their part, jurors determined prosecutors failed to prove beyond a reasonable doubt that Ryan Duke murdered Tara and burglarized her home. They only convicted him of a count of concealing death of another.

Judge Bill Reinhardt handed down the maximum sentence. He emphasized the pain that Tara’s family felt on being unable to find her throughout the years. The stepmother expressed some of that pain.

“Tara’s voice was silenced forever when she was murdered, so we are here today to be her voice, and we humbly and respectfully ask this court to give him the maximum sentence,” Connie said. “Even that would be less time than what we spent looking for her.”

Anita dismissed any idea of Duke acting in good faith. He confessed because he got caught, she said.

“Edmund Burke said, ‘There is no safety for honest men but to believe all evil of evil men. Evil men do not always snarl. Some smile charmingly. Those are the most dangerous.’ Ryan Duke is that kind of evil,” she said.

Ryan is an introvert, and Bo an extrovert, she said.

“Ryan is sneaky dangerous,” she continued. “Bo, more open about the danger he exudes. Evil comes in all shapes and sizes.”

“It was amazing to see how crystal clear his memory became after spending some time in jail,” she said.

They were not spiteful, vindictive people, and don’t believe in hating anyone, but they will always hate what this defendant did to Tara and all who loved her, she said.

“We do not want the defendant to leave this courtroom today believing that any thing he has ever said or done in regards to Tara from 2005 right up until today has ever been helpful to us or brought us any kind of peace at all, and it never will,” she said. “Whether he spent his days in a building with bars on the doors or walks as a free man, we know he will never be free of what he had done. We pray he will seek and find God’s forgiveness. His actions imposed a life sentence on us. One of great loss and sadness.”