‘I Attempted Suicide’: Accused Sarah Lawrence ‘Cult’ Leader’s Ex-Girlfriend Says She Feared He Would ‘Finish Her Off’ If She Didn’t Kill Herself 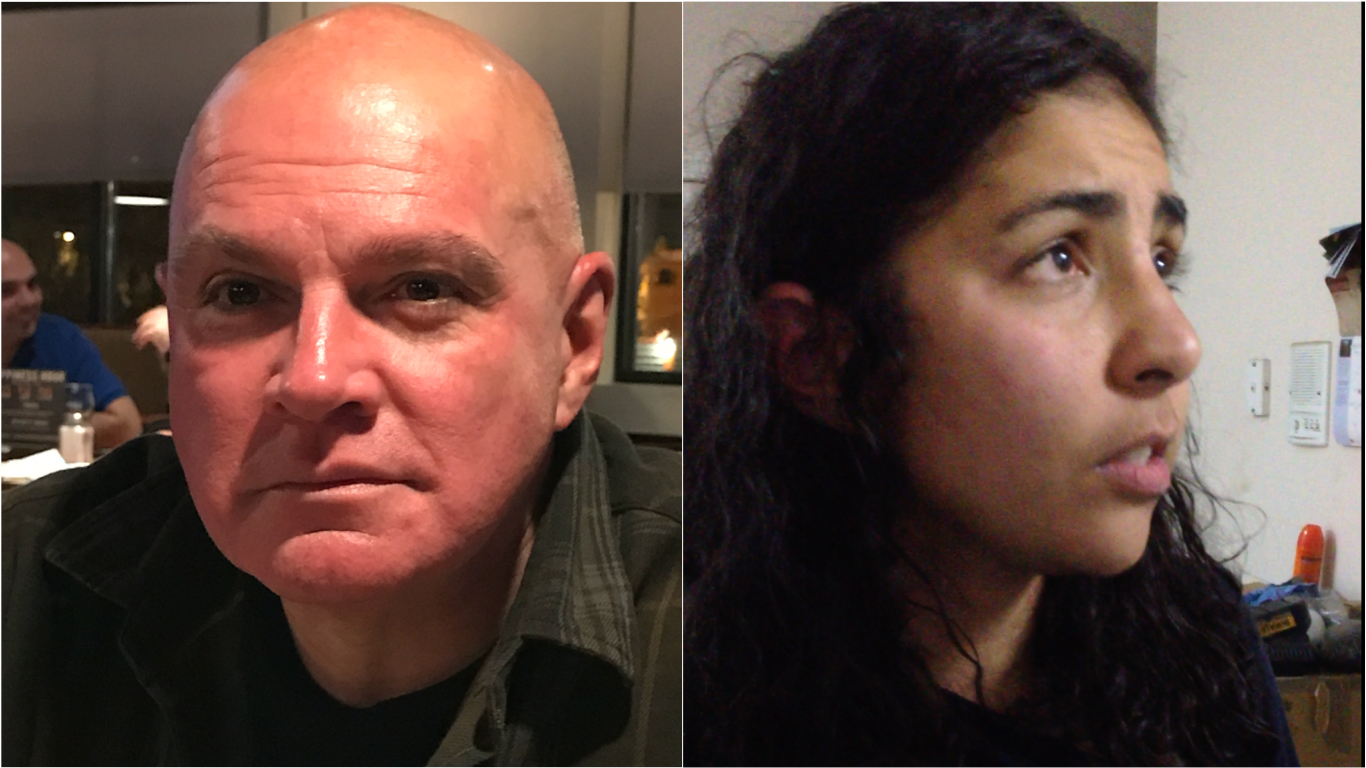 For the former girlfriend of accused Sarah Lawrence sex “cult” leader Larry Ray, the trajectory of their relationship could be symbolized in what became of her college sweatshirts.

Unlike Ray’s other alleged victims, Felicia Rosario was not a Sarah Lawrence College student. The Ivy League scholar matriculated first at Harvard University and then Columbia Medical School. Other witnesses testified that she wore the emblems of those schools with pride. Rosario took the witness stand for the first time on Monday, and a federal jury saw anguished videos of her in emotional turmoil while wearing clothing associated with her former life.

In one, Rosario wears medical scrubs as Ray threatens to institutionalize her, and she wears a Columbia University sweatshirt in another when she appears to have a physical confrontation with him. A prior witness testified that Ray cut up Rosario’s treasured sweatshirts with scissors. She testified that Ray drove her to attempt suicide, urged her to have sex with strangers, estranged her from her siblings and provoked her to write a letter asking her alma mater to revoke her medical degree. It is unclear whether the missive was sent. Ray now stands accused of 17 federal crimes, including racketeering, sex trafficking, forced labor, extortion and other offenses.

“He threatened to destroy my life if we parted ways, especially on bad terms,” Rosario testified. “So, not only would I just die like mentally, emotionally, he would destroy me if I wasn’t dead already.” 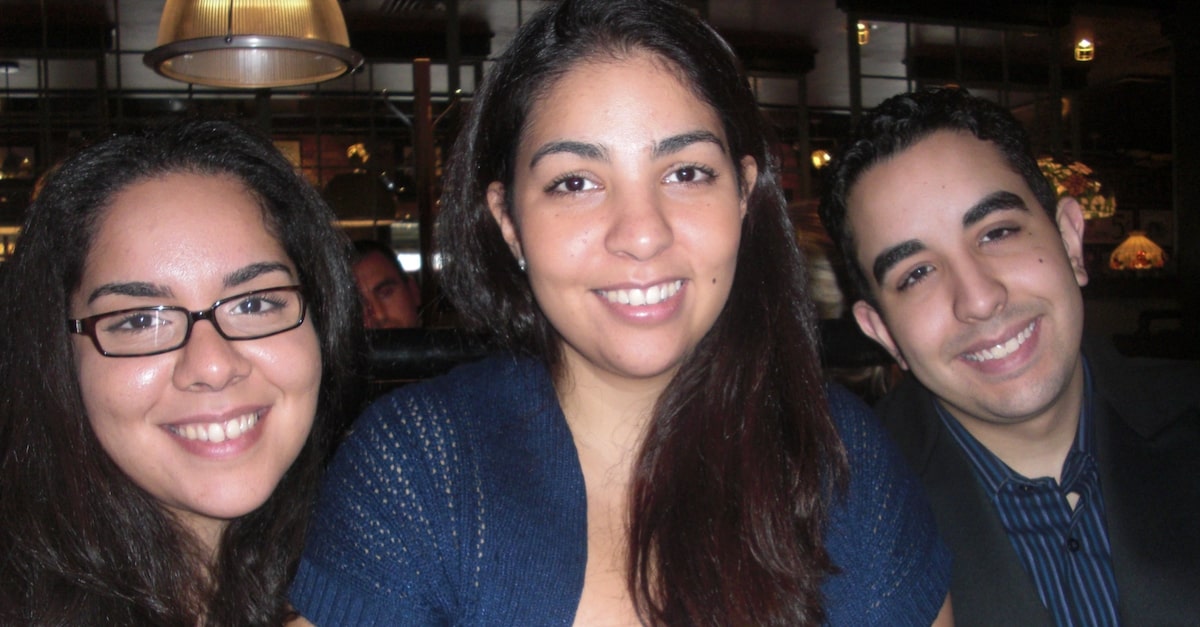 When her brother Santos Rosario took the stand earlier in the trial, he told the jury that he introduced his sisters Felicia and Yalitza Rosario to Ray, believing him to be a positive influence in his life. Santos Rosario said that Ray’s supposed mentorship would spiral into physical and emotional abuse. Ray put a knife to Santos Rosario’s genitals and forced him and his sister Felicia to wear diapers. Santos previously told the jury that he had dated the defendant’s daughter Talia Ray in his sophomore year, but that allegedly did not stop Ray from ordering Rosario to have sex with Ray’s accused co-conspirator Isabella Pollok and Claudia Drury, whom Ray allegedly forced into prostitution. Drury later testified that Ray made $2.5 million forcing her into sex work.

Felicia Rosario’s testimony echoed that of her brother and Drury in significant ways. Both Rosario siblings spoke of the humiliation of allegedly being forced to wear diapers and said that Ray would coerce them into false confessions of harming him. Drury testified that Ray would pressure her to have sex with strangers, before suggesting that she become an escort. Felicia Rosario gave similar testimony on Monday, telling a jury that Ray would goad her into increasingly extreme sex acts. She said he would ask her if she went to swing clubs or whether should would participate in a “gangbang.” Ray allegedly suggested Felicia Rosario wear a short skirt with no underwear and then try on shoes at a store, in order to flash her vagina at the salesperson. He would ask her to perform sex acts on his doorman and random bar patrons.

At first, she says, she resisted his “escalating” demands—but not without exceptions. She says that she did proposition the doorman, who she says declined her offer.

When Rosario followed Ray’s instruction to have sex with a stranger from a bar at a street, he had her tape it with an iPad he’d bought her as a graduation present, she testified. Prosecutors say that Ray compulsively recorded his alleged victims, including videos and audiotapes of him interrogating them about their supposed infractions.

In one video, Felicia Rosario said that her father was a heroin dealer, but she told a jury that was a lie. She said that Ray put up cameras in her apartment, and prosecutors showed the jury images that they captured. Another video appeared to show Felicia Rosario being interrogated.

She said the shame of what Ray provoked her to do and caused her to believe she had done had paid a psychic toll on her, leading up to her suicide attempt.

“I was completely overwhelmed and terrified about what he said that I had done or what he could do to me,” she testified. “It was too much to me, and the content of being that bad of a person was just intolerable to me. And so I went ahead and I tried to end it.”

Even that attempt, Felicia Rosario said, turned into grist that Ray could use against her. Ray said she had attempted suicide for her mother’s attention and told her that he knew she would do it, according to the witness. She said he would exercise control over her movements inside her apartment, where she said only Ray and his daughter Talia had the keys. She said she would be forced to sleep with Ray and Pollok, in the nude.

Like other witnesses, Felicia Rosario said that Ray forced her to perform physical labor on his stepfather’s home in Pinehurst, N.C. She added that she had to spend five of those days locked out of the house, sleeping on the porch. 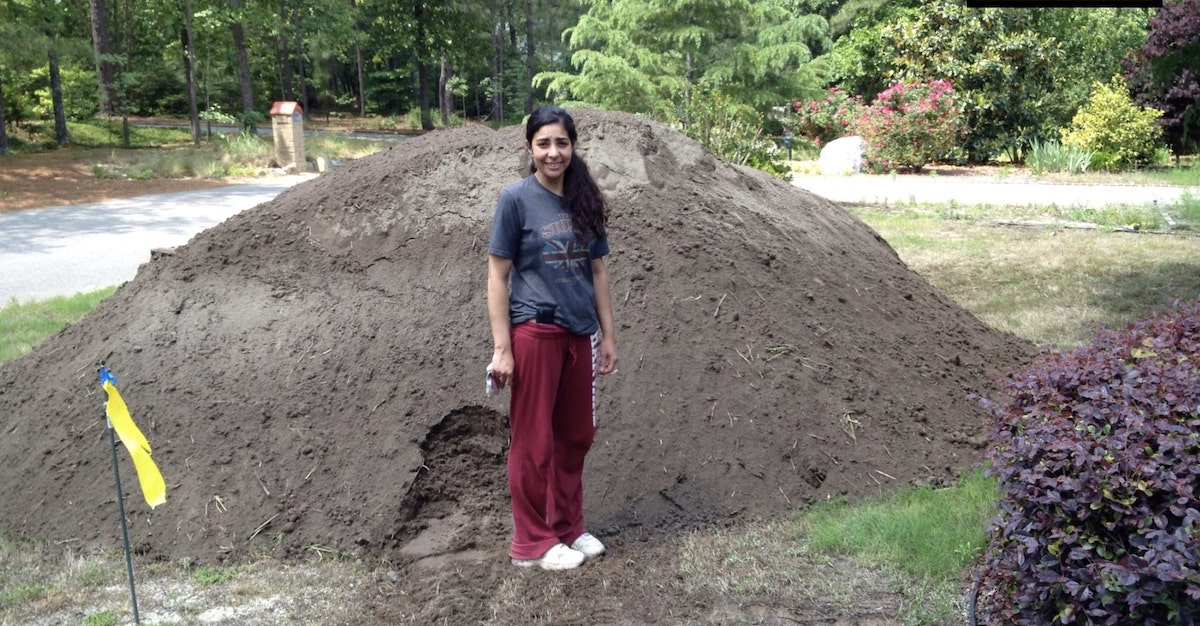 Prosecutors say that this exhibit of Felicia Rosario shows her forced labor on the North Carolina property of Larry Ray’s stepfather. Her Harvard sweatpants, proudly showing her alma mater, can be seen in the photo.

In North Carolina, she said, Ray urged urged her to go out to chain stores like Walmart, Home Depot and Lowe’s to have sex with workers in a backroom.

“Wherever would be the most degrading and embarrassing,” she explained.

She testified that if she were not driven to suicide, she feared that Ray would kill her.

“If I didn’t kill myself prior to leaving due to the complete and utter shame and anguish of that—because it really was that severe—[…] he would finish me off,” she said.

Felicia Rosario’s direct examination had been ongoing by the end of Monday and will continue on Tuesday morning.

Listen to Law&Crime’s podcast “Objections” on the case of Larry Ray: