‘This Is How I Die’: Amber Heard Tells Jury She Feared Johnny Depp Would Kill Her During Alleged Assault 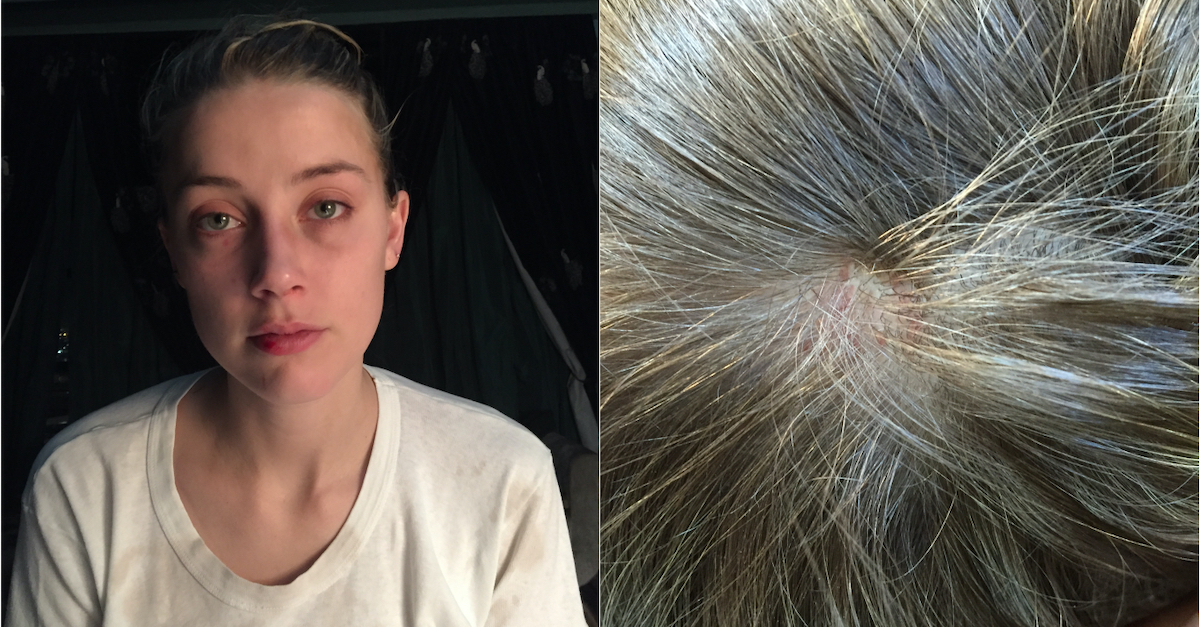 Amber Heard submitted these exhibits during her testimony as evidence of Johnny Depp’s alleged abuse.

Capping off her second day of grueling testimony, actress Amber Heard told a jury that Johnny Depp made her fear for her life in late 2015, months before she filed for a restraining order presaging the end of their marriage.

Heard previously described that night in their U.K. litigation as “one of the worst and most violent nights of our relationship,” when she claimed that Depp grabbed her hair, head-butted her and tried to suffocate her with a pillow.

“I don’t remember even feeling the pain,” Heard claimed, recounting the alleged incident. “I just remember the sound of Johnny’s voice. He got next to my ear and he was screaming over and over and over again. Each time it sounded louder and more desperate: ‘I fucking hate you.'”

Heard claimed that Depp repeated that taunt “over and over,” sounding “like an animal in pain.”

According to Heard, that was not all that Depp told her.

“I could just hear him say that he was going to kill me,” she testified.

Heard told a jury that she believed that would happen.

“I don’t know how many times: He just hit me over and over and over again, and I got really still. And it felt in my body like quiet. And I thought, ‘This is how I die. He’s gonna kill me now.'”

A U.K. judge already credited Heard’s version of events in a 2020 ruling against Depp, who had sued The Sun for a piece labeling him a “wife beater.” Heard is retelling the story again to a Virginia jury because Depp sued her for defamation over a 2018 Washington Post editorial describing herself as a domestic violence survivor. Depp asserts that he is the abuse victim, and he previously played a recording for the jury showing her admitting to hitting him.

The former couple’s marriage counselor testified earlier in the trial that they were “mutually abusive.” For the first time during the trial on Thursday, Heard acknowledged that she physically attacked Depp at one point.

“I swung at him,” Heard conceded. “In all of my relationship to date with Johnny, I hadn’t landed a blow, and I, for the first time, hit him—like actually hit him square in the face.”

During another alleged incident shortly after they first married, Heard claimed, Depp threw her on a ping-pong table and sexually assaulted her with a bottle. She said that she remembered thinking: “Please God please, I hope it’s not broken.”

Heard said, however, that the blow was in reaction to abuse that pervaded the length of their relationship and did not appear to faze her ex-husband.

“Johnny kind of looked stunned and then laughed at me, and then lunged at me again,” Heard said. “And before I knew it, security stepped in between us and pulled Johnny away.”

Heard’s legal team showed the jury photographs that they claim corroborate their client’s physical injuries and Depp’s property destruction over time, including a clump of hair on the floor, a broken ping-pong table and a vandalized table on which he allegedly scrawled “Why be a fraud?” and “All is such bullshit.” 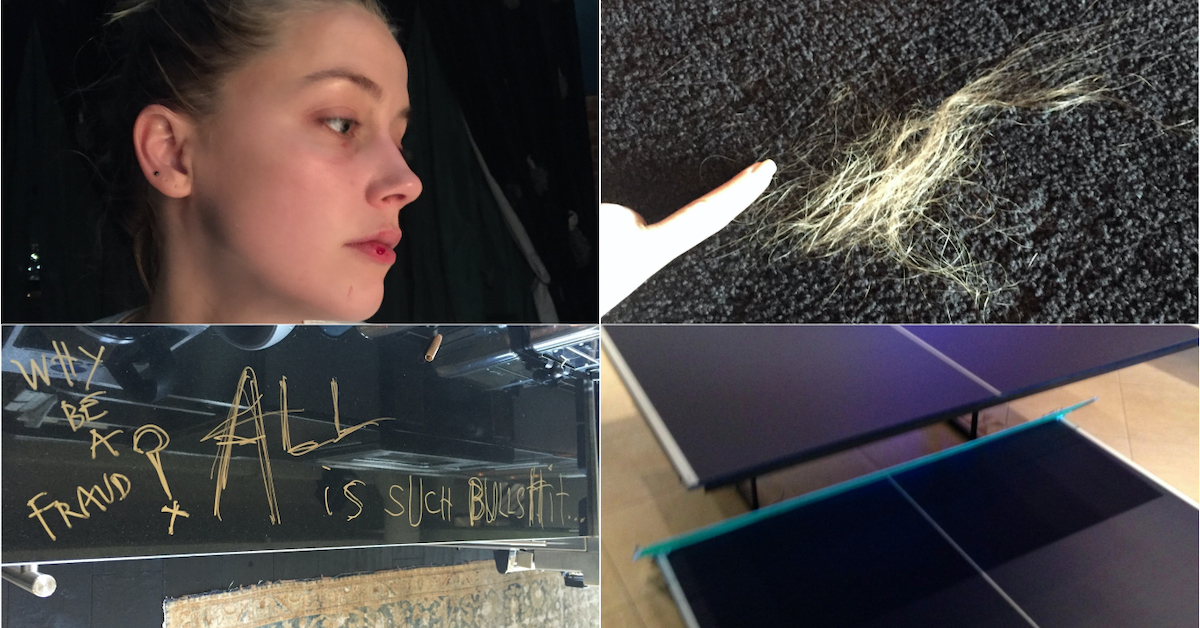 Amber Heard’s legal team submitted these exhibits to back up allegations of multiple alleged assaults.

To play down the photograph of the bloody lip, Depp’s legal team asserts that Heard frequently had chapped lips and bit them. Heard appeared glamorous, and decked out in full makeup, on the late show the evening after she allegedly feared for her life.

Heard’s direct examination was still ongoing when proceedings ended on Thursday. The jury is taking a long recess until May 16, after which she is expected to be cross-examined.