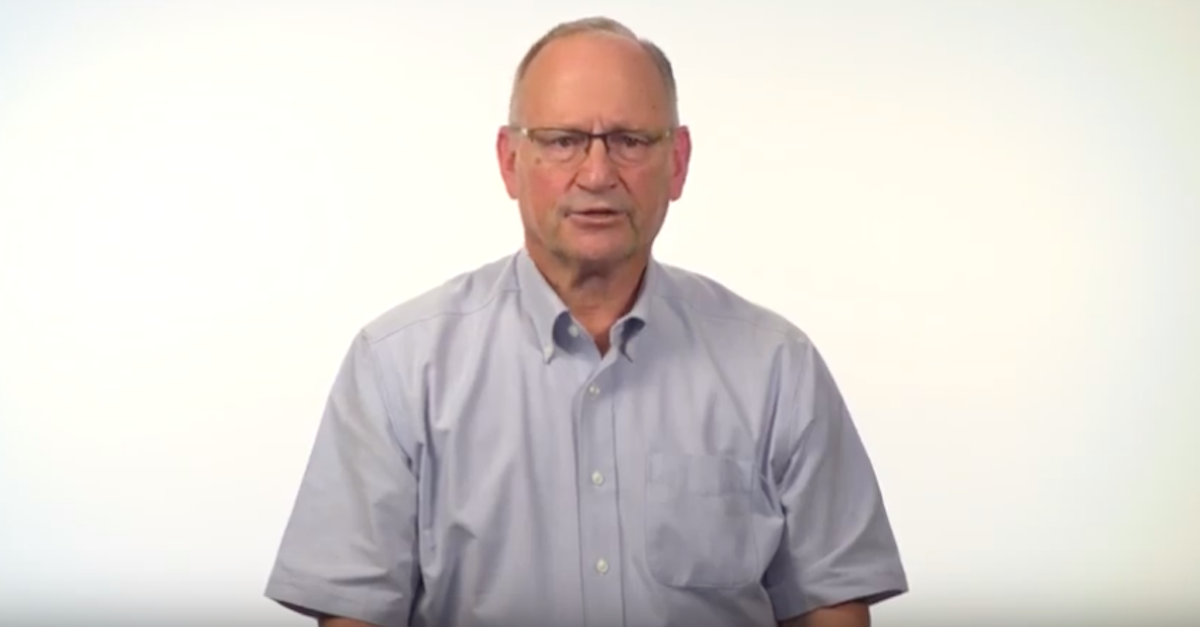 Kansas lawmakers are trying to push back against the legalization of gay marriage, and they’ve come up with a rather creative argument in their attempt to back up their latest effort. While those opposed to gay marriage typically cite religious sources for their position, a new bill claims that gay marriage itself is a religiously motivated practice that should not have government support.

House Bill 2320, known as the “Marriage and Constitution Restoration Act,” claims that the push for—and the Supreme Court’s recognition of—gay marriage resulted from an agenda of “secular humanism,” which the bill claims is a religion in its own right. The bill goes on to say that “sexual orientation is a mythology, dogma, doctrine or orthodoxy that is inseparably linked to the religion of secular humanism[.]”

In response to this, Rep. Susan Ruiz (D), who is the first openly gay member of the Kansas legislature, said:

I see who the co-sponsors are and I sit with a couple of them in committee and I’m certainly going to talk to them about that and say, hey, I don’t know if you know about it or not, but I’m not a myth… Am I a unicorn?

Furthering the notion that being gay is a religious lifestyle, the bill says:

The lesbian, gay, bisexual, transgender and questioning (LGBTQ) community is organized, full and has a daily code by which members may guide their daily lives, which makes it a denominational sect that is inseparably part of the religion of secular humanism[.]

The bill maintains that being gay is a choice, despite evidence to the contrary, and says that sexual orientation should not be afforded the same protections as race.

“There are no ex-blacks but there are thousands of ex-gays,” the bill says, referring to conversion therapy, a practice that has been banned in some areas and faces opposition from the American Medical Association. “Skin-tone is genetic and sexual orientation is faith-based, the bill continues.

The bill also uses some strong language about gay marriage itself, saying that any marriage that is not between a man and a woman is a “parody marriage.”

Tom Witt, head of Equality Kansas responded to the bill.

“Every year, we see bills that restrict, remove, and limit the rights of LGBT Kansans, but never have we seen this level of extremist vitriol laid out in legislative language,” he told The Wichita Eagle.

The bill is sponsored by Rep. Randy Garber (R), who is one of several who support it. Garber insists that it does not come from a place of hate.

“I don’t believe myself to be a bigot. I’m Christian and I love people. I believe you should love everybody, but I believe you should also take a stand on what you believe, lovingly,” he told the local newspaper. Ironically, his characterization of sexual orientation as a belief is what drives his opposition.

“Their marriage probably doesn’t affect me – their union or whatever you want to call it,” he said. “But in my opinion, they’re trying to force their beliefs on society.”

Law&Crime reached out to Garber for further comment on the bill and whether he believes it could ultimately succeed, but he has yet to respond.