Texas Doctor, Wrongly Charged for Giving Extra Vaccine to Sick and Elderly, May Have a Case for Malicious Prosecution 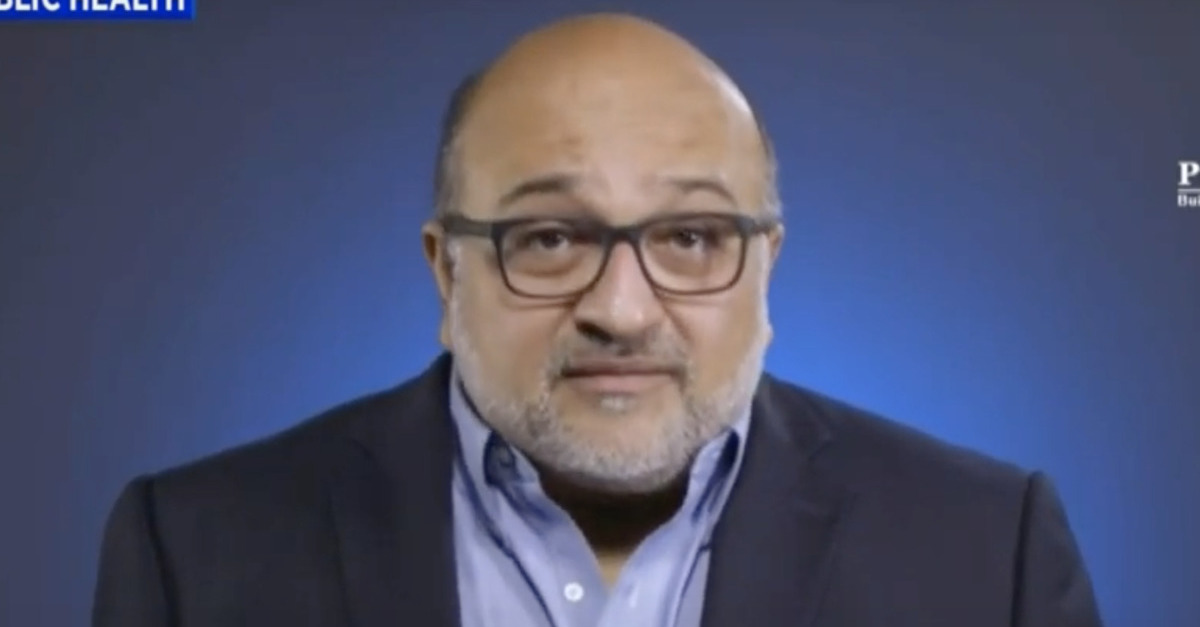 A New York Times piece detailing the ordeal of a Houston doctor criminally prosecuted for giving COVID-19 vaccines raises serious questions of prosecutorial misconduct and racism. The criminal case crumbled quickly, leaving the doctor with a potential choice over whether to sue for malicious prosecution.

The tale of Dr. Hasan Gokal seems too outrageous to be true: a doctor gave 10 leftover doses of the COVID-19 vaccine to individuals with serious health conditions rather than throw those doses in the trash. (The doses “would expire within hours,” the Times explained; rather than allow the scarce and precious treatments to go to waste, the doctor acted.)

When the doctor explained how he’d found patients in need of vaccination, officials — apparently with Harris County Public Health — told him that there’d been too many Indian names on the list.

Dr. Gokal was then criminally prosecuted, fired from his public health job, and subjected to public disgrace.

Additional facts as reported by the New York Times do little to color Gokal’s prosecution as reasonable.

Dr. Gokal had been supervising a vaccination event in late December in the Houston suburb of Humble, Texas. The event was the first of its kind and had been minimally publicized, which lead to 10 vaccine dose vials being opened without recipients immediately available. In an effort to ensure the vaccine wasn’t wasted, Gokal checked with workers at the event to see if they needed vaccinations. They didn’t. He called a Harris County public health official to inform them about the soon-expiring doses and explained he’d be looking for recipients. The official said, “OK.”

Gokal then drove home with the doses while making several phone calls; as a result, he vaccinated several people who came to his home and several others who he met at their homes. The folks Gokal vaccinated were elderly, those with health conditions, healthcare workers, and caregivers. Some were acquaintances and others were strangers.

Gokal administered the final dose just minutes before it would become unusable to his wife, who suffers from pulmonary sarcoidosis. The next day, Gokal documented his actions, and notified his supervisor about his use of the vaccine doses. He was fired, then prosecuted.

The criminal prosecution of Dr. Gokal didn’t make it very far. Harris County Judge Franklin Bynum threw out the case for lack of probable cause, then wrote a scathing order slamming the DA’s “novel theory” of equating vaccinations with theft.

“In the number of words usually taken to describe an allegation of retail shoplifting, the State attempts, for the first time, to criminalize a doctor’s documented administration of vaccine doses during a public health emergency,” Judge Bynum wrote. “The Court emphatically rejects this attempted imposition of the criminal law on the professional decisions of a physician.”

The affidavit describes County procedures as forbidding “personal use” of the vaccine, but then fails to describe what “personal use” is under those procedures. The affidavit claims the defendant administered doses to several people who “may have” been offsite and that he documented those doses as required by the procedures of Harris County Public Health.

Further, the court noted, “the affidavit is riddled with sloppiness and errors,” and “The credibility and reliability of the statements in the affidavit are never established by the unidentified affiant.”

Judge Bynum’s scathing order did more for the doctor than simply ending his criminal case: it set up Gokal for a potentially strong civil lawsuit against Harris County for malicious prosecution. Under Texas law, a person whose criminal prosecution has been dismissed for lack of probable cause can hold the prosecutor civilly liable for malicious prosecution if that person can prove the charges (1) were filed with malice, and (2) that they — the plaintiff — suffered “special damages.”

Gokal, who has now lost his job and incurred legal expenses, will have no trouble proving the element of special damages. The term “special” distinguishes direct out-of-pocket damages from less quantifiable ones like pain and suffering.

The element of “malice” is more difficult — but still potentially provable based on the facts as they have been reported.

Under the leading Texas case regarding “malice” for purposes of malicious prosecution, “malice” is defined as “ill will or evil motive, or such gross indifference or reckless disregard for the rights of others as to amount to a knowing, unreasonable, wanton, and willful act.” As the Texas Supreme Court has explained, malice does not require personal spite or ill will; rather, it is enough if the defendant prosecutor acted with reckless disregard to a victim’s rights and with indifference as to resulting injury.

Certainly, prosecutors targeted Gokal knowing that criminal prosecution would cause significant injury to the doctor’s career and reputation. Whether their decision was made with “reckless disregard” and “indifference” would be questions for a fact-finder (a judge or a jury). Given that the prosecutors’ theory of the case  — that administering soon-to-expire vaccines during a global pandemic amounts to theft under the law — was a novel one, a fact-finder could very well determine the process was undertaken recklessly.

Furthermore, Gokal told press that no one from the district attorney’s office had ever contacted him before initiating a criminal prosecution. When his attorney asked for documents demonstrating the protocol for vaccinating individuals on a wait-list (as was alleged in the criminal complaint), prosecutors told the lawyer no such protocols existed. In other words, prosecutors were talking out of both sides of their collective institutional mouth. What Judge Bynam observed as “sloppiness” could quite certainly amount to “recklessness” and “indifference” when contemplated by a finder of fact.

Then there’s the issue of race. According to Gokal’s account, officials who accused him of violating protocol questioned the lack of “equity” among those the doctor had vaccinated. From the New York Times piece (the “officials” referenced here are hospital officials):

The officials maintained that he had violated protocol and should have returned the remaining doses to the office or thrown them away, the doctor recalled. He also said that one of the officials startled him by questioning the lack of “equity” among those he had vaccinated.

“Are you suggesting that there were too many Indian names in that group?” Dr. Gokal said he asked.

Exactly, he said he was told.

Kim Ogg, the Harris County district attorney, did not respond to a Law&Crime request for comment.

From an employment law perspective, Dr. Gokal’s legal recourse against his Texas employer may be limited. He contends to having been advised by state officials that no doses should be wasted, thereby justifying the dose he administered to his wife. However, his employer insists that protocol was violated by his failure to return the remaining doses or by not throwing them away. For Dr. Gokal to have a wrongful termination claim in Texas, it is my understanding that he would need to establish that it would have been illegal for him to follow his employer’s instruction to discard good doses. For that reason, unless the illegality of that instruction can be established (which seems doubtful), Dr. Gokal would not have a viable wrongful discharge claim–even though he may have been morally or ethically justified by not wasting any doses, and giving one to his wife.

If, indeed, Gokal violated protocol and was fired for that violation, a wrongful termination claim would fail unless the protocol itself was illegal. While some might argue the morality or sensibility of a protocol to discard vaccine doses, protocol requiring that discarding would almost certainly be legal. That being the case, the doctor’s decision to use the doses otherwise would likely prevent him from succeeding on a wrongful termination case.

The New York Times reported that Elizabeth Perez, a spokesperson for Harris County Public Health, said the department was unable to comment about its protocols.

Dr. Gokal’s case may be a harbinger of what’s to come in other jurisdictions, Healey said:

We are likely to see more of these situations as other Dr. Gokal-type predicaments inevitably arise. Employees who are terminated in these situations may contend that making productive use of good doses, instead of discarding them, is conduct that is (or should be) protected by the public policy considerations; as such conduct will likely save lives or at least better protect them. In those states that take a broad public policy-based view of wrongful termination claims (and Texas does not appear to be one of them), this could provide legal protection to those who confront these exceedingly difficult dilemmas.

In some states, juries decide whether an employee who is discharged ‘did the right thing,’ so to speak, as a matter of public policy; if the jury rewards the fired employee’s chosen conduct as being something “public policy” should encourage, the employer can be liable for damages. In New Hampshire, for instance, “public policy” need not expressly be something contained in a law or regulation; “non-statutory [public] policies” can — and sometimes do — suffice. Therefore, in such states, any claim pressed by someone like Dr. Gokal would have a stronger chance of succeeding. The underlying state law is highly determinative.

Healey wrapped up his thoughts with another look back at the DOA criminal case:

Finally, the Court’s emphatic dismissal of the criminal charge against Dr. Gokal, which appears to have been frivolous, may provide him with non-employment-law-related claims against his former employer. If the former employer was the complaining party in the criminal matter, it is conceivable that he may have an abuse of process claim.