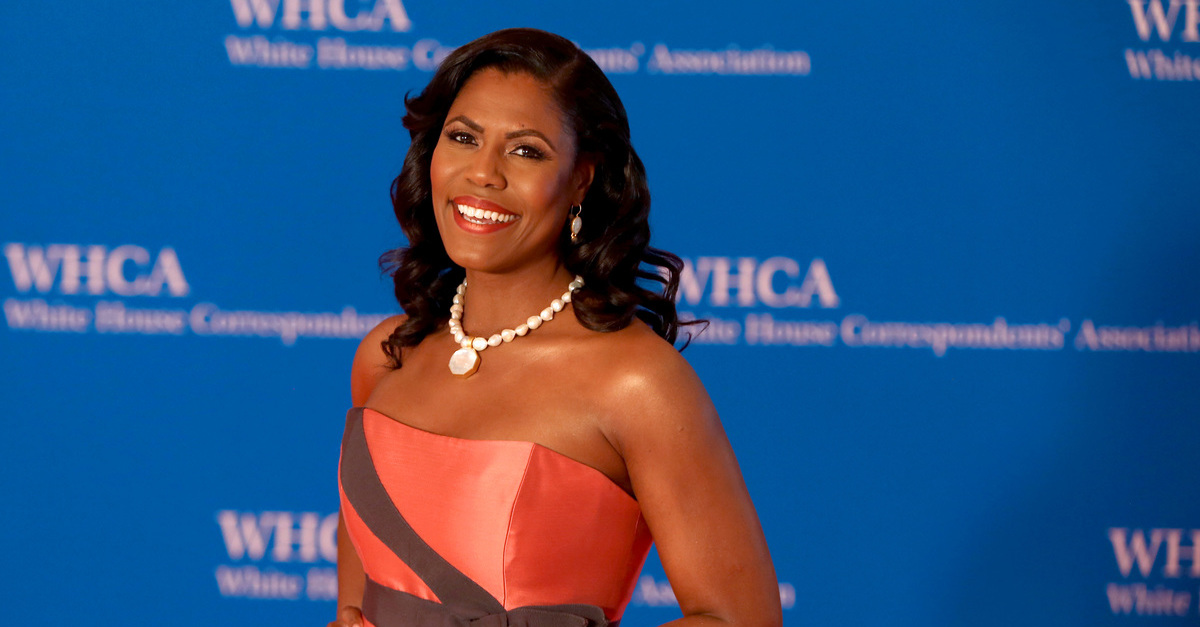 Perhaps predictably, there’s been a charge to align Omarosa’s surreptitious recording with some sort of criminal statute. In other words: did Omarosa break the law by recording Kelly in a private White House space?

Popular Twitter account “A Crime a Day” posted the following update in response to the Omarosa-Kelly news:

18 USC §793 makes it a crime to leak national defense information. 18 USC §1752 prohibits disruptive conduct or staying in restricted areas of the White House without authorization.

But Omarosa-based offenses are uncharted legal territory. If I say more I'll end up in a book. https://t.co/F16OneYik0

Let’s take a look at those statutes.

Located at 18 U.S.C. §793, the first statute referenced is actually a bit broader than implied. The title of the statute in question is, “Gathering, transmitting or losing defense information.” There’s no need for a lengthy interrogation here as both the title and body make clear that the law applies to defense-related information. Section (a) begins:

Whoever, for the purpose of obtaining information respecting the national defense with intent or reason to believe that the information is to be used to the injury of the United States, or to the advantage of any foreign nation…

The rest of section (a) painstakingly details a series of locations “connected with the national defense” which could implicate criminal behavior if access to said locations was gained in an attempt to harm the United States or help another country. Section (b) of the statute refers to recordings made in furtherance of such a theoretical plot. The rest of the statute deals with transmission of defense-related information, loss of defense-related information due to negligence or neglect, conspiracy to obtain and transmit such information and penalties.

This statute, therefore, requires at least three things: (1) defense-related information; (2) intent or knowledge that such information will be used to America’s detriment or another country’s benefit; and (3) access to and/or transmission of such information. Here, Omarosa very likely accessed an area subject to the statute–the White House situation room; and, if true, her recording and distribution would also be conduct captured by the statute here. But, again, this can all be short-circuited because John Kelly firing Omarosa Manigault almost certainly does not qualify as “information respecting the national defense.”

So, that’s out. And the second statute mentioned appears even more off-base.

Quite a bit there. But a lot we can immediately get rid off.

Subsection (4) pertains to physical violence. That’s not alleged whatsoever. So, it’s done. Subsection (3) also deals with a physical act not in discussion here–basically blocking someone from entering or leaving an area. Let’s toss that as well. This leaves us with the first two subsections.

Subsection (2) is also probably not germane to Omarosa’s behavior. For one, Omarosa’s behavior simply was not disruptive. Yes, there is a fair amount of media interest now that partisans might categorize as “disruptive,” but the statute appears to be referencing a present-tense disruption or disorderly conduct. Secretive recordings are, by their nature, not disruptive in the moment at all.

Additionally, Omarosa’s intent, she says, was to reveal a “threat” against her. While perhaps not the most credible judge of her own character, it’s fairly obvious that Omarosa wasn’t making a scene or trying to shut anything down while she was being fired.

Without a very generous and liberal interpretation of the statute here, Omarosa recording Kelly did not “disrupt the orderly conduct of Government business or official functions.” It maybe makes John Kelly and the White House look a bit more incompetent than previously discovered–but that’s not what the statute is referring to–and that’s not really much of a surprise.