If AMI’s Jeff Bezos Shakedown Was Criminal, They Can Kiss Their Non-Prosecution Agreement Goodbye 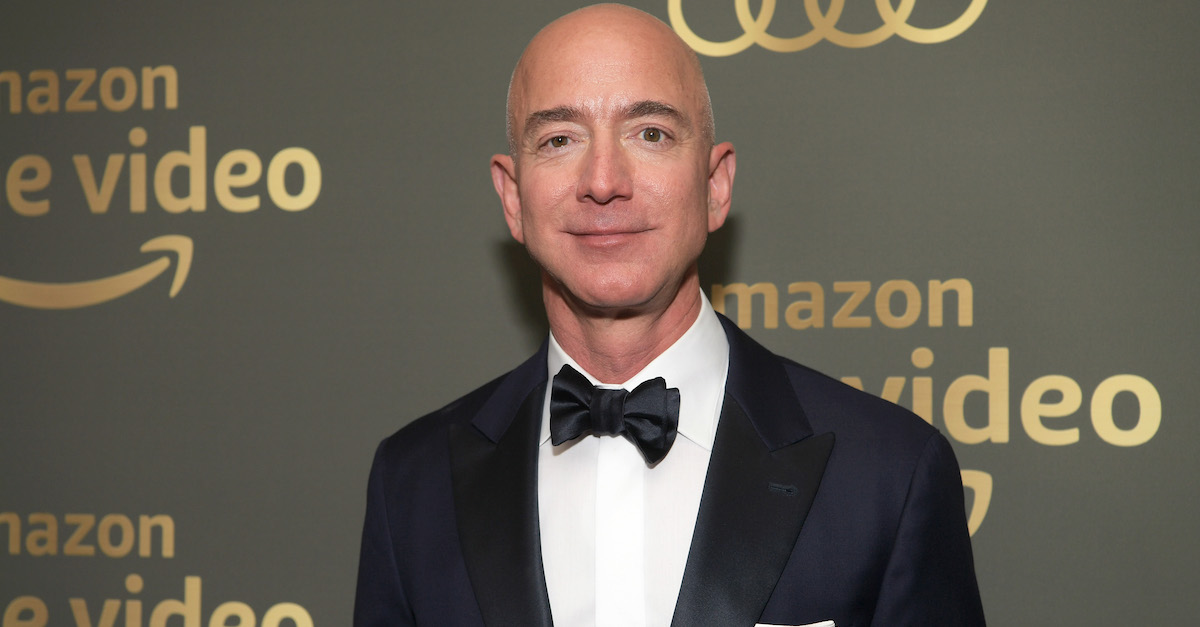 Amazon’s Jeff Bezos took to Medium on Thursday to describe an “extortion” and “blackmail” threat sent his way by American Media Inc. (AMI), the parent company of the National Enquirer.

In “No Thank You, Mr. Pecker,” referring to AMI CEO David Pecker, Bezos described why he decided not to “capitulate” to a threat of exposing compromising photos of him and his mistress Lauren Sanchez.  Bezos said that this threat came in response to his investigation of how the National Enquirer had obtained “intimate” texts in the first place between him and Sanchez, plus some digging into AMI’s Saudi Arabia ties. He says he hired Gavin de Becker to investigate the text leak. Bezos said that Pecker was “apoplectic” about his further investigation into the Saudi Arabia “angle.” Bezos then shared an email from AMI’s Chief Content Officer Dylan Howard, detailing what was threatened including a “d*ck pick.”

Bezos said that he was made “an offer he couldn’t refuse,” but one that he did refuse. He said that unless he and de Becker publicly stated that they “have no knowledge or basis for suggesting that AMI’s coverage was politically motivated or influenced by political forces” the nudes would go public. Bezos then said he was told by AMI that even if he did make this statement, they’d keep the photos in case Bezos reneged on the statement.

Not long after former Trump lawyer Michael Cohen was sentenced to three years in prison in December for bank fraud, tax fraud, campaign finance violations, and lying to congressional investigators, prosecutors in the Southern District of New York (SDNY) announced in a press release that it “previously reached a non-prosecution agreement” with American Media Inc. (AMI), the parent company of the National Enquirer. The practice called “catch and kill,” in which a publication buys a damaging story just to bury it, was the one AMI admitted to carrying out with former Playboy model Karen McDougal. McDougal was paid $150,000 to stay quiet about an affair with Donald Trump.

David Pecker himself first got an immunity deal, but then SDNY said AMI admitted to paying McDougal “in concert” with the Trump campaign to prevent damaging allegations from influencing the election.

But here’s the thing, the non-prosecution agreement also says that “it is understood […] should AMI commit any crimes subsequent to the date of signing of this Agreement, or should the Government determine that AMI or its representatives have knowingly given false, incomplete, or misleading testimony or information, or should AMI otherwise violate any provision of this Agreement, AMI shall thereafter be subject to prosecution for any federal criminal violation of this Office has knowledge, including perjury and obstruction of justice.”

SDNY a) reserved the right to tear up the deal and b) said that any testimony “shall be admissible in evidence in any criminal proceeding brought against AMI.”

Jeff Bezos said in closing that rather than participating in “blackmail” and “corruption,” he was choosing to “roll this log over, and see what crawls out.”

A couple of things could crawl out. Bezos himself said that “there are now several independent investigations looking into this matter.” AMI could be in trouble based on how they obtained the lewd and embarrassing images of Bezos in the first place. AMI has said that it didn’t hack or cause anyone to hack Bezos’ property, but if they did so for the purpose of shaking Bezos down for a “thing of value” that could be a crime.

Whoever, with intent to extort from any person, firm, association, or corporation, any money or other thing of value, transmits in interstate or foreign commerce any communication containing any threat to injure the property or reputation of the addressee or of another or the reputation of a deceased person or any threat to accuse the addressee or any other person of a crime, shall be fined under this title or imprisoned not more than two years, or both.

But the 8th Cir. has held that an apology can be a thing of value under the statute if the person demanding it wants it badly enough. pic.twitter.com/hXtYyXRxwj

Another area one could look — and this one is New York specific — is New York Consolidated Laws, Penal Law PEN § 135.60 Coercion in the second degree.

This begins by saying that a person is “guilty of coercion in the second degree when he or she compels or induces a person to engage in conduct which the latter has a legal right to abstain from engaging in […]  by means of instilling in him or her a fear that, if the demand is not complied with, the actor or another will” do all sorts of unsavory things.

One of Bezos’ arguments out of the gate to AMI was that they had no right to publish the photos, “since any person holds the copyright to their own photos, and since the photos in themselves don’t add anything newsworthy.” The rest of PEN § 135.60 refers to the kinds of threats that fall under coercion (this is what “extortion” is called in New York). According to the law, this includes exposing a secret or publicizing an asserted fact “whether true or false, tending to subject some person to hatred, contempt or ridicule;” or “any other act which would not in itself materially benefit the actor but which is calculated to harm another person materially with respect to his or her health, safety, business, calling, career, financial condition, reputation or personal relationships.”

Bezos, the owner of the Washington Post, oversees an operation that publishes unflattering stories about the National Enquirer, and this move could be seen as retaliation aimed at Bezos’ business or to expose him to “hatred, contempt, or ridicule.”

However, in the interests of expediating this situation, and with The Washington Post poised to publish unsubstantiated rumors of The National Enquirer’s initial report, I wanted to describe to you the photos obtained during our newsgathering.

This would be a misdemeanor offense, but it is a crime nonetheless, and it may be enough of a pretext for the SDNY to decide that tearing up AMI’s non-prosecution agreement is the way to go.

In any case, AMI may argue that it was protected by a) the First Amendment or b) make an advice of counsel defense (i.e. my lawyer should have known better). AMI deputy general counsel Jon P. Fine was involved.

If it’s not a crime, Bezos has, it seems, created a new template in how to deal with threats from AMI.

AMI has responded to the Bezos decision to go public with this, saying it doesn’t believe it did anything wrong:

American Media believes fervently that it acted lawfully in the reporting of the story of Mr. Bezos. Further, at the time of the recent allegations made by Mr. Bezos, it was in good faith negotiations to resolve all matters with him. Nonetheless, in light of the nature of the allegations published by Mr. Bezos, the Board has convened and determined that it should promptly and thoroughly investigated the claims. Upon completion of that investigation, the Board will take whatever appropriate action is necessary.

Editor’s note: this story has been updated after publication with AMI’s statement.