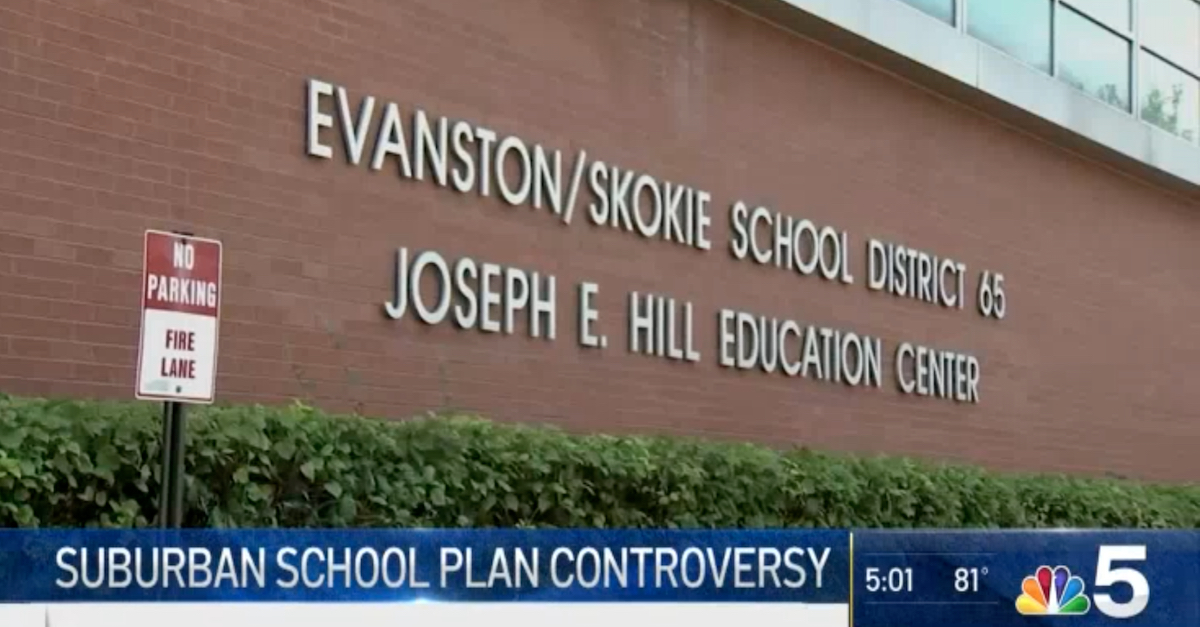 A school drama teacher in Illinois filed court papers on Wednesday to ask a federal judge not to dismiss a lawsuit which fights against a local school district’s critical race theory curriculum.

Stacy Deemar, who describes herself as a “drama teacher” who “identifies as white,” filed a lawsuit on June 29 which alleges that the Evanston/Skokie, Ill., Board of Education promulgated a curriculum and undertook other acts which violated the U.S. Constitution’s Equal Protection Clause. She also alleges that the district intentionally discriminated against her when it “segregated staff meetings by race” and created a “hostile environment” under Title VI of the Civil Rights Act.

Among the exhibits in the original lawsuit was a page from a lesson purportedly taught to elementary school students.

“Whiteness is a bad deal,” the lesson plan is alleged to have said. “It always was.”

It depicts a modern $20 bill in the image of the devil and presents a “contract” of benefits “whiteness” is alleged to bring those who are white — in return for their souls. 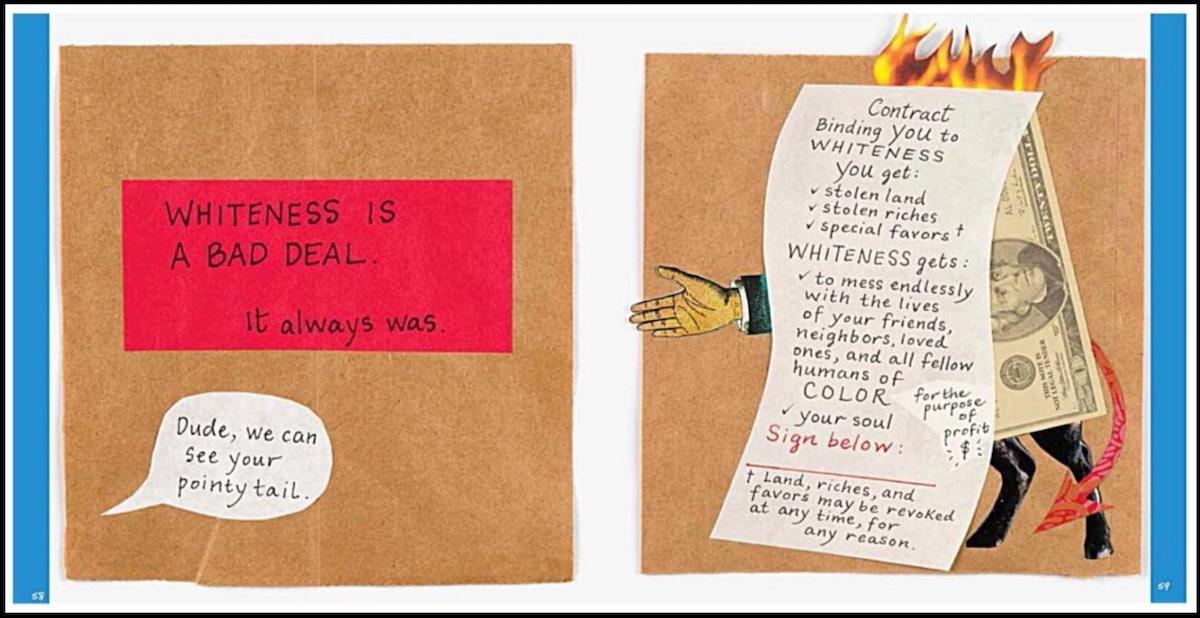 An alleged “critical race theory” elementary school lesson depicted in a federal lawsuit filed by drama teacher Stacy Deemar against the Board of Education of Evanston/Skokie, Ill.

Deemar also alleges that the school district was “segregating teacher meetings by race, imposing hiring quotas based on race, hosting racial affinity groups for staff, forcing teachers and students to undergo frequent race-based programming, and maintaining general policies and practices that classified individuals based on race.”

The lawsuit claims school superintendent Devon Horton pledged only to allow “antiracist” teachers into his district’s classrooms — pursuant to the aforementioned type of curriculum.

For years now, race-based programming has overtaken District 65 in the name of racial “equity.” What seems like a relatively benign cause—also euphemistically called “social justice,” “diversity and inclusion,” “critical race theory,” and “culturally responsive teaching” — is actually code-speak for a much bigger and more dangerous picture: the practice of conditioning individuals to see each other’s skin color first and foremost, then pitting different racial groups against each other.

The suit then points out what it argues is a stark difference between the concepts of “equity” and “equality.”

Equity is very different than equality, although the two are sometimes confused. Equality is the principle proclaimed in the Declaration of Independence, defended in the Civil War, and codified into law through the Fourteenth and Fifteenth Amendments to the Constitution, the Civil Rights Act of 1964, and the Voting Rights Act of 1965. As District 65 itself has recognized, equality is about sameness and treating everyone in an identical manner regardless of their race. Equity is about so-called justice and individuals getting what they “need and deserve.” Said another way, equality strives for equal opportunity while equity strives for equal outcomes.

a. To accept that white individuals are “loud, authoritative . . . [and] controlling.”

b. To understand, “To be less white is to be less racially oppressive.”

c. To acknowledge that “White identity is inherently racist[.]”

e. To participate in exercises with individuals of only the same color called “affinity groups”—that is, to racially segregate themselves.

f. To participate in so-called “privilege walks,” a group exercise whereby teachers standing in a line separate from each other in response to the prompt, “[b]ecause of my race or color . . . .”

Teachers who don’t go along with the plans are branded as “racist,” the lawsuit alleges. It also claims that a decision against the district’s curriculum by the United States Department of Education Office of Civil Rights (“OCR”) was suddenly “suspended” just “days after President [Joe] Biden was inaugurated.”

The 35-page lawsuit makes myriad accusations against the district, including that it created “district-wide employee Affinity Groups” in 2017 that “separated on the basis of race.” It also says the district embedded the following into antiracism curriculum: “[e]ducators must acknowledge White skin privilege and work to develop a deeper understanding of this reality in order to fully examine the cultural implications of Whiteness in schools.” 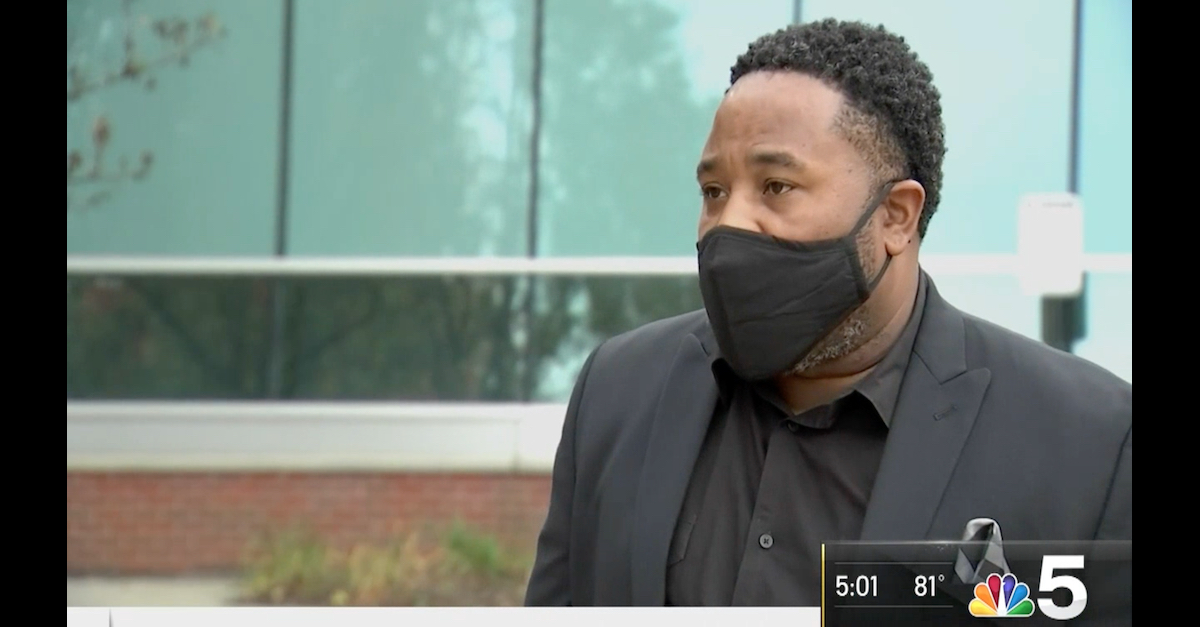 The school district filed documents on Aug. 30 to ask Judge Robert Michael Dow, Jr., a George W. Bush appointee, to throw the lawsuit out of court. The district argued that the court did not have jurisdiction over it pursuant to Federal Rule of Civil Procedure 12(b)(1) and that the plaintiff failed to state a claim under Rule 12(b)(6). The district argued as follows in a concomitant memorandum of law:

The Board of Education of Evanston/Skokie District 65 (the “District”) serves a diverse, multi-racial community. Despite its commitments to equity and inclusion, it is also a community historically marked by significant gaps in income, access to resources, and educational outcomes between Black students and students of other races. The District is dedicated to closing these gaps and addressing other longstanding inequities by adopting policies, engaging in training and developing curriculum reflective of the needs of the community. This work has engaged District stakeholders at all stages, ensuring that the voices of educators, parents, students, and faith, community and District leaders are included.

The school district also argued in favor of “local control over the operation of schools” and “local autonomy” pursuant to that goal. It elsewhere said the federal court system “is not the forum for resolving disputes about educational curriculum, even when that curriculum addresses politically charged and sensitive matters such as equity, race and racism.”

The district further said that Deemar has “not been required to use” (beyond a “two day” training seminar) many of the materials about which she complains. The district also argued some of the materials were “entirely voluntary” and that the plaintiff, who it called a “part time” staffer, “never attended” several of the sessions connected to the lessons. The district later said Deemar had some of her facts wrong about the district’s use of material authored by “White Fragility” author Robin DiAngelo and other matters.

School board lawyers also slammed one of Deemar’s attorneys for going on television to talk about the motivation for the lawsuit.

“The lawsuit actually is not so much about discriminating against Ms. Deemar . . . this is not about her,” attorney (and Justice Amy Coney Barrett supporter) Kimberly Hermann of the Southeastern Legal Foundation said in the interview. “This is about the district and how it is segregating students and how it is treating them differently because of their race.”

The school construed the quotes as somewhat of an admission that the named plaintiff lacks an injury redressable by the court and therefore has no standing to sue. 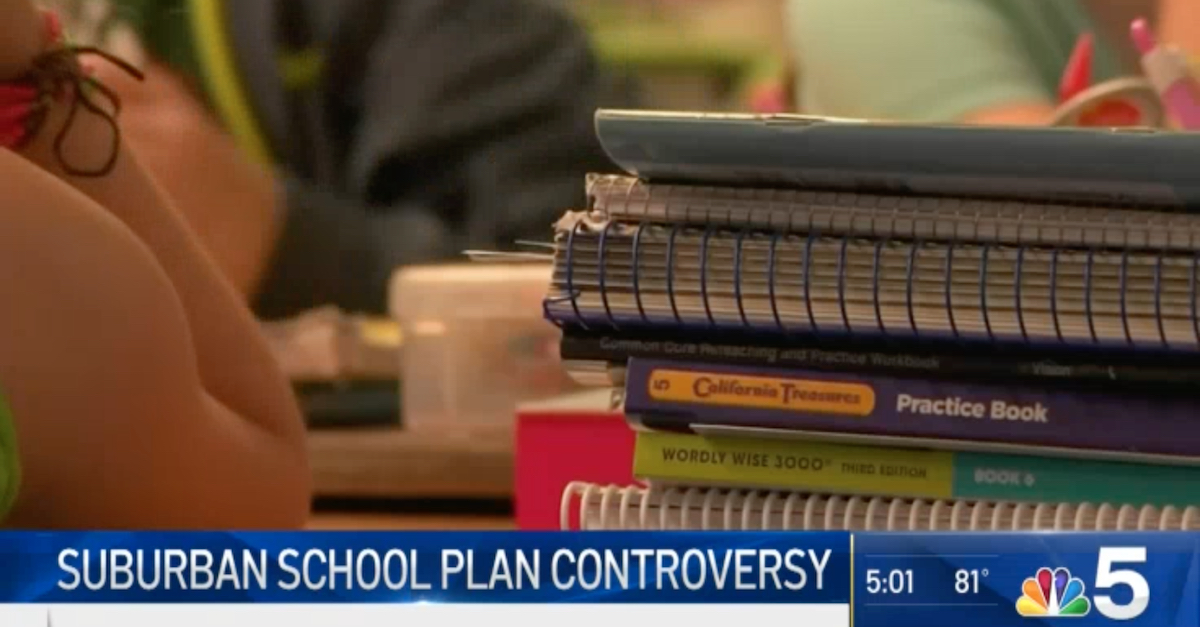 Deemar filed court papers on Wednesday to argue that the case should remain alive.

“For over six years now, Evanston/Skokie School District 65 (“District 65”) has engaged in unconscionable race-based programming that threatens the moral and constitutional fibers of its community,” the plaintiff’s argument begins.  “Through its policies, curriculum, and training, the District ascribes personal characteristics to entire racial groups. Put simply, it teaches that white people are oppressors and non-white people are oppressed. It treats Plaintiff — and all individuals in the District — differently based solely on the color of their skin. This violates Title VI of the Civil Rights Act and the Equal Protection Clause of the United States Constitution.”

Deemar’s attorneys then attempted to cast doubt on the district’s assertion that Deemar is an improper plaintiff.

“[T]o suggest that Plaintiff has not been personally harmed by the District’s practices because she did not personally attend every objectionable session, or that the District has not created an environment that is hostile to every teacher and student who sets foot on campus, is plainly wrong,” they wrote.  “Each time the District assigns moral characteristics to racial groups wholesale, it deliberately fosters a hostile environment for Plaintiff and all members of the District 65 community.”

The plaintiff’s legal team then skewered the school’s attorneys for suggesting that a “noneconomic injury” — alleged racial segregation — is somehow less important than a purely economic injury.

Devon Horton, the school’s superintendent, attracted other controversy last year by announcing that in-person learning slots would go to “marginalized groups first,” a move he said was “about equity for Black and brown students, for special education students, for our LGBTQ students,” Chicago NBC affiliate WMAQ reported last October in the midst of the novel coronavirus pandemic. The superintendent cited an achievement gap among students as his rationale for allowing the aforementioned groups to attend school in person while saying others would be taught remotely.

Read some of the documents in burgeoning case file below: