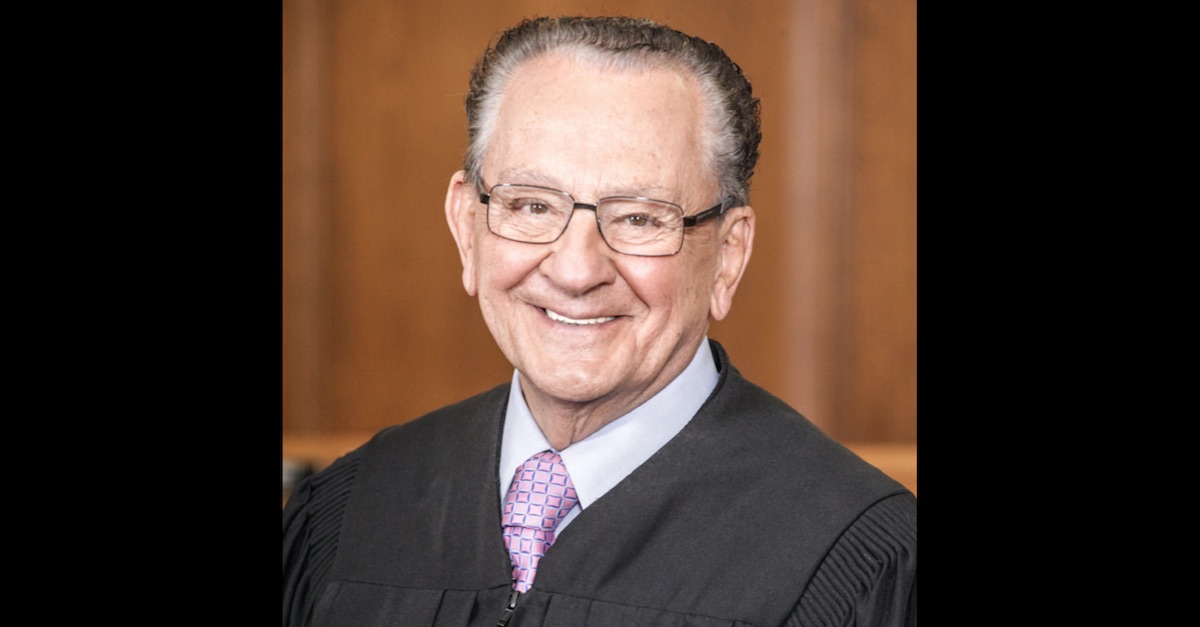 Caught in Providence from Lionsgate’s Debmar-Mercury takes viewers to Providence Municipal Court in Rhode Island where Judge Frank Caprio delivers everyday justice with heart and humor. With real cases and real people, Judge Caprio uses empathy and a “no nonsense” approach to each case he presides over. From wacky excuses to heartfelt moments, Caught in Providence provides an example of what compassionate justice can look like.

“Law&Crime is thrilled to bring Caught In Providence and Judge Caprio to our viewers and couldn’t imagine a better fit for the network,” said Andrew Eisbrouch, COO of Law&Crime. “With over 250 episodes already produced, we look forward to adding more great, compelling legal programming to our schedule.”

The show comes to Law&Crime with an enormous social media following of over eight million Facebook followers and one million YouTube followers after two successful years in syndication.

“Caught In Providence has found the perfect home at Law&Crime Network,” commented Ira Bernstein and Mort Marcus, co-presidents of producer-distributor Debmar-Mercury. “We can’t think of a better time to bring a feel-good social media sensation like Judge Caprio to its audience.” Viewers can watch Caught in Providence on Law&Crime Network Monday through Friday with back to back half hour episodes 8 p.m.-9 p.m. EST starting November 16th.

From the high-profile cases to the most compelling local trials, Law&Crime is the leading network offering daily live trial coverage and expert legal commentary and analysis. Created by TV’s top legal commentator and attorney, Dan Abrams, and backed by A+E Networks, Law&Crime is dedicated to exploring the always intriguing world of the law while also offering original true crime stories and legal programs to a broad, multi-platform audience. Law&Crime is available on basic cable packages in most states in the country and on leading OTT services including fuboTV, Sling, Philo, Vidgo, Xfinity, XUMO and TV Plus, among many others.

Debmar-Mercury, a leading media company specializing in syndication, network, cable and ancillary markets, produces and distributes The Wendy Williams Show and, with co-producer Will Packer, Central Ave debuting in syndication this fall. It has U.S. distribution rights to Fremantle’s Steve Harvey-hosted Family Feud; off-Netflix episodes of BoJack Horseman from Michael Eisner’s privately held media and entertainment company, The Tornante Company; as well as U.S. distribution rights to Schitt’s Creek, the critically acclaimed half-hour, single-camera scripted comedy created by Eugene Levy and Daniel Levy that ranks as the No. 1 original series on Pop TV; the 10/90 sitcoms Debmar-Mercury pioneered including Tyler Perry’s House of Payne and spinoff Meet the Browns; Revolution/CubeVision’s Are We There Yet? (starring Ice Cube); and the Debmar-Mercury / Lionsgate Television comedy Anger Management (starring Charlie Sheen). Debmar-Mercury is a wholly owned subsidiary of Lionsgate (NYSE:LGF.A, LGF.B), a global content platform whose films, television series, digital products and linear and over-the-top platforms reach next-generation audiences around the world.