Secretary Accuses Former Judge of Rape, Demanding Oral Sex as ‘Part of Her Job’ to ‘Assist Him in Relieving His Stress’ 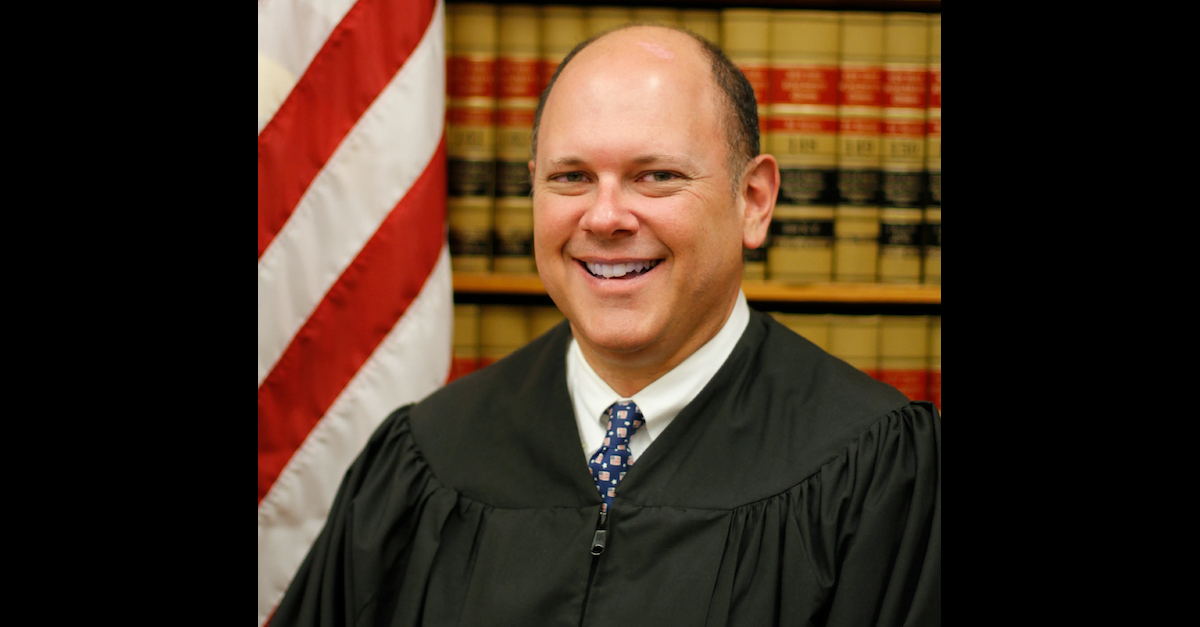 A self-described secretary to a now-former New York State Supreme Court justice has filed a federal civil lawsuit against the judge she names as her rapist and abuser.

The sex acts are described as having occurred in the judge’s chambers at the Monroe County Courthouse in Rochester, N.Y.

Klymn also says Rosenbaum told her “that if she wanted to retain custody of her minor son, she would comply with his demands for oral sex.” Klymn “was engaged in divorce proceedings” in 2005, the paperwork notes.

“Defendant ROSENBAUM required Plaintiff to perform personal errands for himself and his family members during the workday,” the lawsuit alleges. The judge “also addressed Plaintiff using demeaning terms, commented inappropriately upon Plaintiff’s clothing, and touched and hugged Plaintiff in the presence of others.” This alleged conduct is said to have spanned several years, the lawsuit claims.

Another court clerk allegedly told Klymn “that there was nothing Plaintiff could do because Defendant ROSENBAUM was a judge, and no one would listen to the Plaintiff.”

Taddeo, the other justice named as a defendant, is alleged to have told Klymn that “there wasn’t much she (Taddeo) could do, other than conduct sexual abuse training.” Taddeo “also told Plaintiff that, unfortunately, women had to endure sexual harassment from male judges because there was no way to have them reprimanded,” the lawsuit claims.

Allen, the head of human resources, is alleged to have told Klymn that the only possible recourse would be to fire the plaintiff for complaining about a judge.

Allen suggested that the plaintiff could file a complaint with the OIG. The plaintiff says she did so on November 21, 2007, and “never received any response.”

Klymn alleges that she made it clear to Rosenbaum that his advances were unwanted, and the lawsuit says a confrontation occurred in 2009:

On June 1, 2009, Plaintiff refused Defendant ROSENBAUM’s demand for oral sex and told him she would no longer respond to his demands for oral sex, nor acquiesce to his threats.

Defendant ROSENBAUM’s comments and physical contact alleged in ¶ 69 were unwelcome to Plaintiff.

Klymn alleges she continued to seek other positions and roles within the court system. Robert Barnish, a human resources staffer who is not named as a defendant, is alleged to have told her that “he believed no one within” the court system would hire Klymn “due to fear of” Rosenbaum.

Klymn says unwanted comments and touching continued through 2018 and into 2019. Rosenbaum told her “to take a leave of absence ‘to get her head on straight,'” the complaint says; Taddeo (the other judge), Pawelczak (the district executive), and Fields (the HR analyst) allegedly told Klymn “they could do nothing to help her.”

“[E]ach of them recommended that she take time off from work to use up her accrued time off” and “apply for other jobs,” the lawsuit says.

Rosenbaum is alleged to have become verbally abusive in August and September 2019. He is also accused of telling the rest of his staff not to speak with Klymn. An email complaint to Fields and Aufleger was cc’d to Rosenbaum, the lawsuit says:

Defendant ROSENBAUM’s hostility toward and mistreatment of Plaintiff increased after Defendant FIELDS sent the email alleged in ¶ 87.

Defendants FIELDS and AUFLEGER told Plaintiff they could not assist her.

In August of September of 2019, Defendant AUFLEGER met with Defendant ROSENBAUM’s staff and advised them that they needed to talk to Plaintiff about work.

After Defendant AUFLEGER spoke to Defendant ROSENBAUM’s staff, the staff refused to work with Plaintiff.

Plaintiff requested a leave of absence.

On September 9, 2019, Defendant ROSENBAUM advised Plaintiff he would not approve her request for leave.

Eventually, Klymn sought to use the Family Medical Leave Act to request time off from work “due to physical symptoms arising from stress due to a hostile work environment.”

A October 29, 2019 Equal Employment Opportunity Commission complaint appears in court papers to have resulted in a phone call to Klymn from the Unified Court System and a request for a written description of what occurred. After a description of several layers of bureaucratic red tape, the lawsuit says a judicial conduct investigation took old; Rosenbaum agreed to resign — ending “any further investigation.”

Grant, of the OIG, is alleged to have told Klymn that the OIG “lost” her previous complaints. He is also alleged to have “suggested to Plaintiff that she had ‘asked for’ the treatment she received because of how she dressed.”

“Between 2005 and 2019, Defendants ignored the sexual discrimination against Plaintiff, discouraged her from complaining about the illegal treatment she endured, and ignored the complaints Plaintiff did submit,” the lawsuit says in conclusory form. “In 2019, Defendants enabled Defendant ROSENBAUM to retire from his position, and to avoid any further investigation or disciplinary action against him.”

The lawsuit alleges a litany of legal claims, including discrimination based on sex in violation of Title VII, equal protection claims under 42 U.S.C. § 1983, and various violations of New York State’s human rights law.

The case is on file in U.S. District Court for the Western District of New York.

Neither Rosenbaum nor his attorneys responded when sought out by reporters from the Rochester, N.Y. Democrat and Chronicle and from several Rochester television stations. However, a representative for Rosenbaum told the D&C on Tuesday that the former judge had not yet seen the legal documents and that “it would not be proper to make any comments on what appear to be employment issues.”  The Unified Court System told Bloomberg Law that it had not been served with the lawsuit and therefore wished not to comment.