Will a New Congress Revive the Hopes of DREAMers? | Law & Crime

Will a New Congress Revive the Hopes of DREAMers? 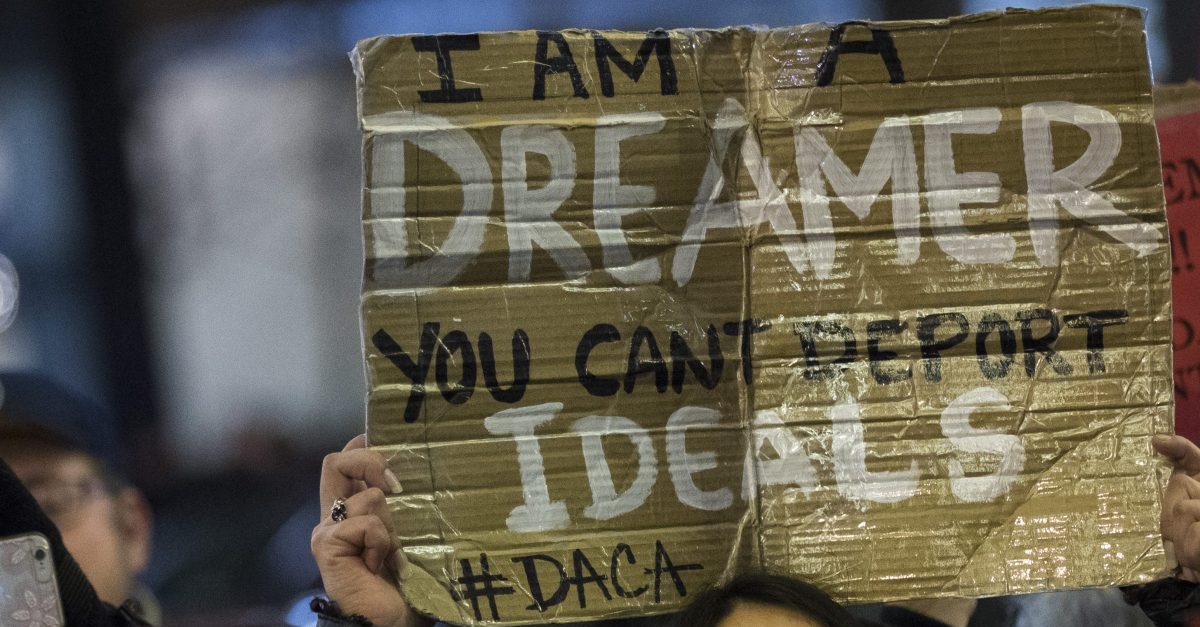 NEW YORK, NY – JANUARY 10: Activists rally for the passage of a “clean” Dream Act, one without additional security or enforcement measures, outside the New York office of Sen. Chuck Schumer (D-NY), January 10, 2018 in New York City. The Dream Act, first introduced in 2001, is a proposed bill that would allow undocumented immigrants who came to the country as children to stay in the country legally. (Photo by Drew Angerer/Getty Images)

The refusal by the current Congress to reinstate or codify the Deferred Action for Childhood Arrivals program (DACA) shouldn’t be the end of the story, according to a paper in the Lewis & Clark Law Review.

Although Congress has the exclusive authority to create new paths to citizenship, the Executive Branch—if it wants to—also has “discretionary” power to make it easier for children of undocumented immigrants to obtain permanent residence and citizenship, wrote Susan Dussault, an adjunct professor at the Lewis & Clark Law School.