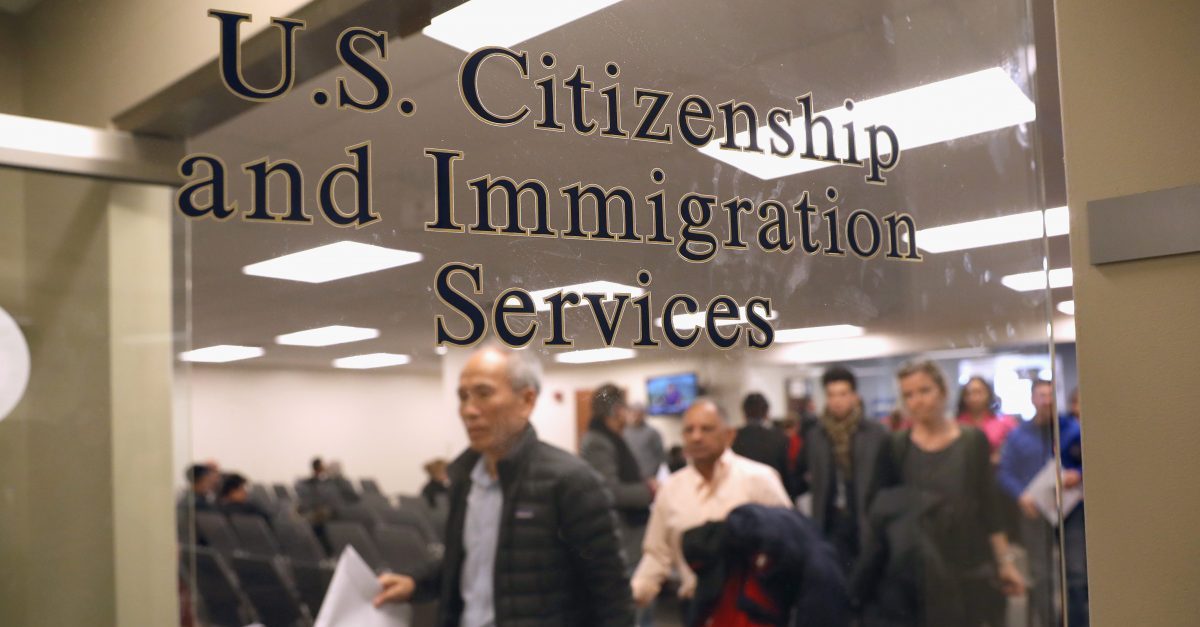 President Trump just next-leveled his anti-immigration rhetoric by promising that he has the power to undo birthright citizenship via executive order. Whether the president is laying out actual plans for such an order, or whether this is simply the dead cat of the week, remains to be seen. Still, we’re a week out from an important election, so when the President promises that he’ll act, we should pay attention.

First things first. The rule that anyone born on American soil is automatically granted American citizenship stems from the language of the Fourtheent Amendment:

Before we can begin any real discussion here, it’s important to remember the context. The Fourteenth Amendment and its citizenship guarantee was a pretty big part of the trio of Lincoln-Era amendments that followed the abolition of slavery. For more context on that whole thing, check out this article.

Back to Trump and his [lack of] understanding about executive orders. While the president does have the authority to set quite a bit of policy via executive order, he does not have the power to contradict the Constitution with a mere flourish of his pen.

And he can’t ignore Congressional statutes. The #ExecutiveOrder order is out of bounds. Trump to Push End to Birthright Citizenship as U.S. Elections Loom https://t.co/WB7KEPX0Ke

The president’s role in the legislative process begin and ends with the veto process; while executive orders direct agencies regarding the “how” of law enforcement, an order that directly contradicts the Fourteenth Amendment would be per se illegal.

Executive orders, like all of the President’s official acts, must comply with the Constitution in order to have legal effect. As described, the proposed order would clearly violate not only the text of the Citizenship Clause of the Fourteenth Amendment, which grants citizenship to all persons born in the United States, but the way the Supreme Court has interpreted the Citizenship Clause and the history of how the Clause has been applied. Any legal effort to eliminate birthright citizenship must first go through the rigorous amendment process outlined by Article V of the Constitution, which would require broad consensus not only from Congress, but in state legislatures as well.  Moreover, the proposed executive order would almost certainly raise other constitutional challenges based on the Constitution’s guarantees of equal protection and due process of law.

In other words, Trump’s claimed omnipotence in this arena is braggadocious at best.

Most legal scholars (not to mention others who have at least a marginal interest in adhering to the underlying concepts of Constitutional liberty) argue that the only way to nix birthright citizenship is via Constitutional Amendment. Given the extraordinary and unparalleled legal weight of the concept of citizenship, they’re likely correct.

Trump and his supporters, however, have advanced the notion that Congress could make such a change via Congressional act. That’d certainly be easier than a Constitutional Amendment. Could that work?

Maybe. On this topic, the procedure is the hard part. The substance, on the other hand, might well go Trump’s way. SCOTUS could rule that Congress has the authority to define citizenship without need for Constitutional Amendment (because, as some argue, the whole birthright citizenship is ambiguous in the Fourteenth Amendment, due to what it means to be “subject to the jurisdiction of” the United States). And if Congress has the power to make such an act, there’s at least a solid chance that it would pass Constitutional muster.

When a law in question treats people differently based on the citizenship of that person’s parents, that law must pass an “intermediate” level of Constitutional scrutiny. That means the law only stands if it is substantially related to the achievement of an important government interest. With regard to birthright citizenship, that analysis would mean advocates of the change would need to convince the Supreme Court that there’s a really good reason to treat the children of illegal immigrants differently from other children, and that the change proposed is custom-tailored to achieving the government’s fantastic rationale. In today’s America-First world, such a position isn’t a sure loser.

Immigration-based discrimination is something SCOTUS has grappled with before. In Plyler v Doe 1982), SCOTUS looked at a Texas law that prevented children of illegal immigrants from receiving public education. The court, in a narrow 5-4 decision, held that there simply wasn’t a good enough reason to bar kids from the schoolhouse door. Public education, according to the Burger Court, should educate the entire public, and “the creation and perpetuation of a subclass of illiterates within our boundaries, surely adding to the problems and costs of unemployment, welfare, and crime.”

Public sentiment has changed quite a bit since the early 80s, though. Questions about illegal immigration have become inextricable from those about terrorism; an entire presidential campaign was won over perceived economic results of illegal immigration. It’s at least possible that a few justices could be persuaded that there’s a critically-important reason for the U.S. to rethink birthright citizenship. And while I don’t for a moment agree, I also don’t speak for everyone. Plenty of Americans would coalesce around beliefs that illegal immigration is one of the most profound problems we face today, and that elimination of birthright citizenship is a laser-focused way to remedy that problem.

For a bit longer, we can reside in the world of “he can’t do that,” with the security that even Trump’s chosen SCOTUS will not rule to allow the president – or even Congress—to do what should only be accomplished by Constitutional Amendment. But what may have started with a campaign gimmick may well evolve into a real legal dispute. We’ll be watching.

Er, Mr. President, “All persons born or naturalized in the US…are citizens of the US.” It’s the 14th Amendment. NEVER have we seen a POTUS so willing to trample our laws. Probably a pre-election gimmick, but fortunately we have courts–see you there sir if you dare try this. https://t.co/YrtzwOkSJU