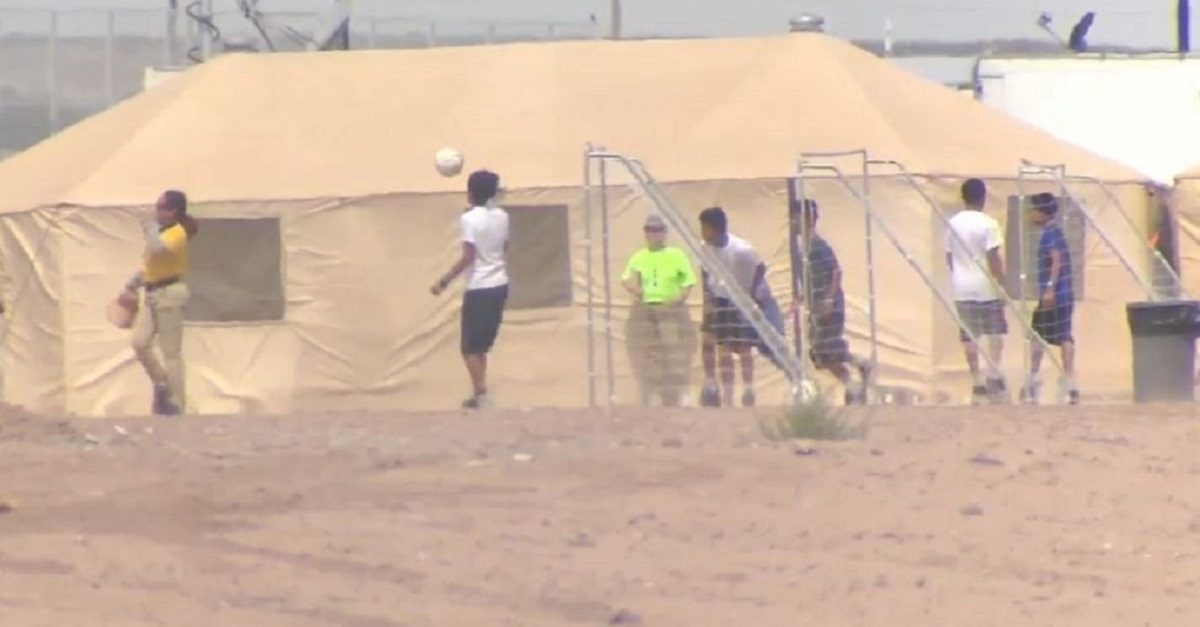 When the Department of Homeland Security called El Paso County Sheriff Richard Wiles, asking if off-duty deputies could help guard a tent city where children taken from their parents are being held in Tornillo, Texas, Wiles’ answer was clear: “Absolutely not.”

As Sheriff, Wiles has to approve any off-duty work performed by his deputies, and he didn’t want them helping the federal government with their zero tolerance policy on prosecuting illegal immigration cases, which has resulted in families being separated at the border.

“It was my decision that we not work at those facilities simply because that policy of the Trump administration is not within the values of this organization,” Wiles told News4 San Antonio. “And having our employees work there would give an impression to our community that we support that policy.”

Wiles didn’t seem to be swayed by President Donald Trump‘s decision to issue an executive order that aims to cease family separation moving forward, but didn’t rule out reconsidering should the current situation on the ground change.

“Certainly, if they come back to us and they provide us a different environment that we can support, then maybe,” Wiles said. “But quite frankly, I think they have the capacity to provide for security at these facilities without us.”

Two years ago, Wiles approved having deputies work off-duty at a facility where unaccompanied minors were kept after crossing the border, but he says that was different than what’s going on now.

“The purpose of that security was to protect those kids who had come over the border but were not with their parents,” Wiles clarified to the Washington Post. He said it’s different when children are with their parents and then removed, which goes against his office’s values.

“I told them absolutely not. I think it’s wrong.”

More than 2,000 children are reported as being held in facilities after being separated from their parents. President Trump’s executive order seeks to keep that number from rising, but it does not address those who have already been affected.