Lawsuit: Immigrant Boy Almost Jumped Out of a Window After Being Separated From His Family | Law & Crime

Lawsuit: Immigrant Boy Almost Jumped Out of a Window After Being Separated From His Family 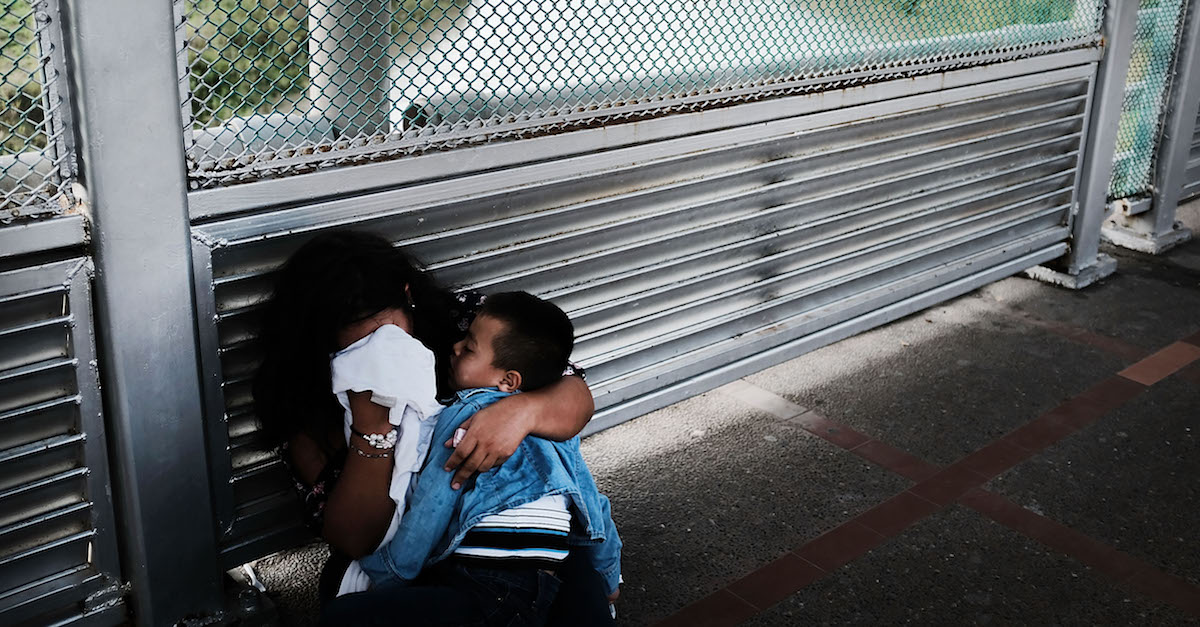 A young boy who was separated from his family as a result of the Trump Administration’s zero tolerance border policy was so mentally anguished that he almost jumped out of a window, according to a multi-state lawsuit against the policy.

On Tuesday, 17 states with Democratic Party attorneys general filed the 128-page lawsuit against the Trump Administration. The lawsuit alleges President Donald Trump‘s controversial border policy is a violation of the Firth Amendment, federal asylum laws and the Administrative Procedure Act. Led by Washington State, the lawsuit also names the Departments of Homeland Security (DHS), Health and Human Services (HHS) and all of the major U.S. border and immigration agencies as plaintiffs.

Contained within that lawsuit are several heart-wrenching stories of alleged mistreatment suffered by asylum-seeking immigrants. One such story involves the aforementioned boy. Per the lawsuit:

The children whom Defendants have separated from their parents and sent to New York are suffering extreme trauma. For example, a South American boy who was separated from his father at the Mexican border was rushed to the hospital because he was about to jump out of the second-story window of the group home where he was sent in early June after being forcibly separated from his family.

The lawsuit continues, “The distraught child verbalized that he wanted to jump because he missed his parents.”

In addition, the lawsuit claims, “Twelve other young immigrant children who were separated from their parents at the border have been treated for physical and mental illnesses at New York City hospitals. One child was suicidal and others were treated for depression and anxiety.”

The lawsuit also alleges that such treatment of children is in direct violation of New York State child welfare laws and refers to the zero tolerance border policy as expressly “illegal.”

The legal posture of the lawsuit is somewhat debatable as President Trump recently signed an executive order purporting to end the practice of family separation. The effect of that executive order is somewhat unclear, however, as the overall zero tolerance policy is technically still in effect. Reports from the U.S.-Mexico border are conflicting, but it does appear that such separations have slowed considerably.

As of Tuesday, HHS Secretary Alex Azar admitted to Congress that at least 2,047 children were still separated from their families and failed to provide a timeline for when they might be reunited.