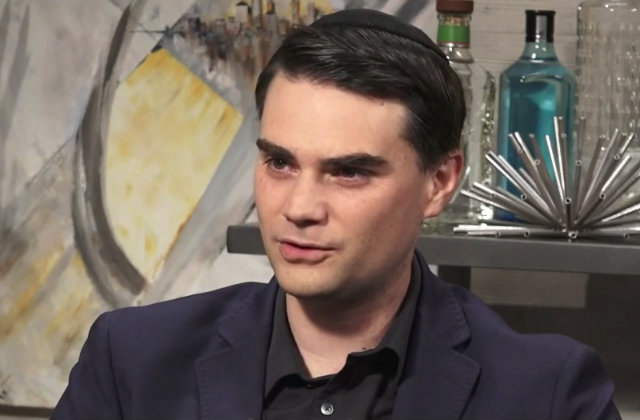 And of course @TeamYouTube has demonetized our sit-down with @benshapiro. They’re making it basically impossible to be a creator on their platform. Join us via Patreon/PayPal/Bitcoin so we can continue to have discussions like these: https://t.co/gwBcGofxFZ pic.twitter.com/dvdNuayCJV

Another video, titled “2018: Outrage, Anger, and Unusual Alliances” lost monetization, too, he tweeted. Rubin said that even if YouTube reversed the decision, this would still eat into his income potential. He used this issue to raise funds.

When Law&Crime reached out for comment, a YouTube spokesperson discussed their recent attempts to fix the demonetization problem.

“Over the last few months, we’ve used the signals from creator appeals to help improve the machine learning technology that determines whether a video is suitable for ads,” said an email statement. “Our recent update, for example, reduced the  number of videos receiving limited ads by 30%. We know it’s important to get this right, and it’s a huge focus for our teams.”

The company reached out to Rubin on Twitter Thursday afternoon. They said it seemed like he successfully appealed.

Sorry to hear about the trouble with this video, looks like you appealed & there’s now a green $ icon. Please continue to request manual reviews, especially if it happens again. We want to fix cases where the system applies the wrong icon & help the technology improve. Thank you!

Rubin’s complaint fits numerous others levied against the platform. Users said that many videos are unfairly demonetized. It’s all about that algorithm. An automated process, not a real person, plays a huge role in deciding which videos can be monetized. Clips deemed “not suitable for most advertisers” get limited-to-no-ad revenue because content got auto-flagged. Users can file for a human to review the algorithm’s decision.

This has been a running problem for the site. Some users have taken to calling this controversy the “adpocalypse.” Last May, indie wrestling promotion WCPW canceled tapings because demonetization ate into income from their YouTube channel. Other wrestling channels reported similar problems, as did users covering mental health issues. Demonetization also hit hosts with channels covering LGBT themes. For example, a co-host of the gaming channel Geek Remix complained in September that putting the word “lesbian” in a title led to demonetization. The host, who goes online by the name Mari, said she contacted YouTube about this, but the customer service rep had no idea why it happened.

YouTube rolled out an update last October, promising, to reduce the number of demonetized videos. They promised that experience would make their algorithm accurate.

In August, we launched the new monetization icons and appeals process so that you would have more transparency into how each and every video on your channel is monetizing. This system uses machine learning to apply a green icon (fully monetized) or a yellow icon (limited or no ads) to your videos and offers you the ability to appeal if you think a video is misclassified. Appeals receive a human review and those decisions help the system get smarter over time.

YouTube “said this shouldn’t happen, but obviously it keeps happening,” Schmanke told The Verge in a November interview. “Overnight I gained a good 10,000 or 20,000 views, so that’s lost money on both my part and their part.”

Facebook was accused in 2016 of suppressing conservative news stories from the Trending News section. The company denied this.

[Screengrab via The Rubin Report]