What are the Gun Laws in Louisiana? | Law & Crime

What are the Gun Laws in Louisiana? 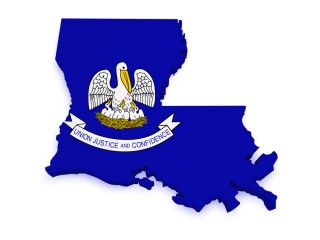 In the wake of recent tragic shootings like the one in Baton Rouge, Louisiana on Sunday, where multiple suspects opened fire on police officers, killing three, many people turn to gun laws to see if anything could be done to prevent future incidents.  Police say the suspect had a rifle.  We don’t know if it was legal or how the weapon was purchased, but here are the laws concerning gun possession in the state of Louisiana to keep you informed.

Louisiana, like many southern states, has relatively relaxed gun laws. One does not need a permit to purchase or own a handgun, rifle, or shotgun, and there are no restrictions against purchasing assault rifles. According to the NRA’s website, the only gun-related permit required is for someone who wishes to carry a handgun in public. Louisiana is an open carry state, but only rifles and shotguns, which are typically used for hunting, do not require permits. Handguns, on the other hand, do require a permit, and there are a number of qualifications a person needs in order to get one.

A person looking to obtain a permit to carry a concealed handgun needs to complete firearm safety and training courses. They also cannot suffer from a mental or physical condition that would prevent them from safely handling the weapon. Additionally, they cannot have any convictions for controlled substances or violent misdemeanors in the past five years, or any convictions for more serious violent crimes, or even a history of violent behavior. They also cannot habitually use alcohol to the point of being impaired, and they have to be at least 21 years of age.

Even with a permit, a person still cannot bring a handgun into certain areas, such as courthouses, parades, places of worship, or portions of otherwise permitted locations where alcohol is being sold and consumed. Rifles and shotguns are also not allowed on college campuses.

If a person is carrying a concealed handgun and they are stopped by the police, they must tell the officer that they have a gun, and allow the officer to search them and disarm them temporarily. Officers can also temporarily disarm a person if they suspect that they are under the influence of alcohol or a controlled substance, and ask the person to take a chemical test. Police can also seize the weapon of a person who appears to be acting negligently with the gun, or is being criminally negligent in general, until a judge adjudicates the case. Any person who violates these terms automatically has their permit suspended for six months.

Concealed carry permits are recognized from other states, but only for non-residents. According to the Louisiana State Police, once a person becomes a resident of Louisiana, they need a permit from that state.

As far as the actual purchase of a weapon, a person must provide a valid driver’s license to show that they are at least 18 for buying a rifle or shotgun, or 21 for a handgun.

It is also illegal to tamper with or alter the serial numbers on any weapons. Doing so will make it illegal to sell, transfer, or purchase it.