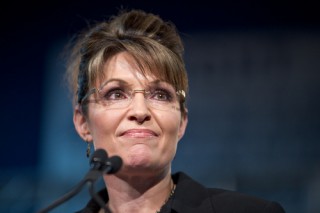 Sarah Palin is set to endorse Republican hopeful Donald Trump in 2016 presidential race. The Tea Party favorite is expected to make the announcement in Ames, Iowa where the two are campaigning. This endorsement could provide a huge boost for Trump just 13 days before the Iowa caucuses. Many conservatives say her endorsement is especially critical, because it could jeopardize Ted Cruz’s chances in the upcoming race .

Sarah Palin is expected to make the announcement shortly, watch her below: