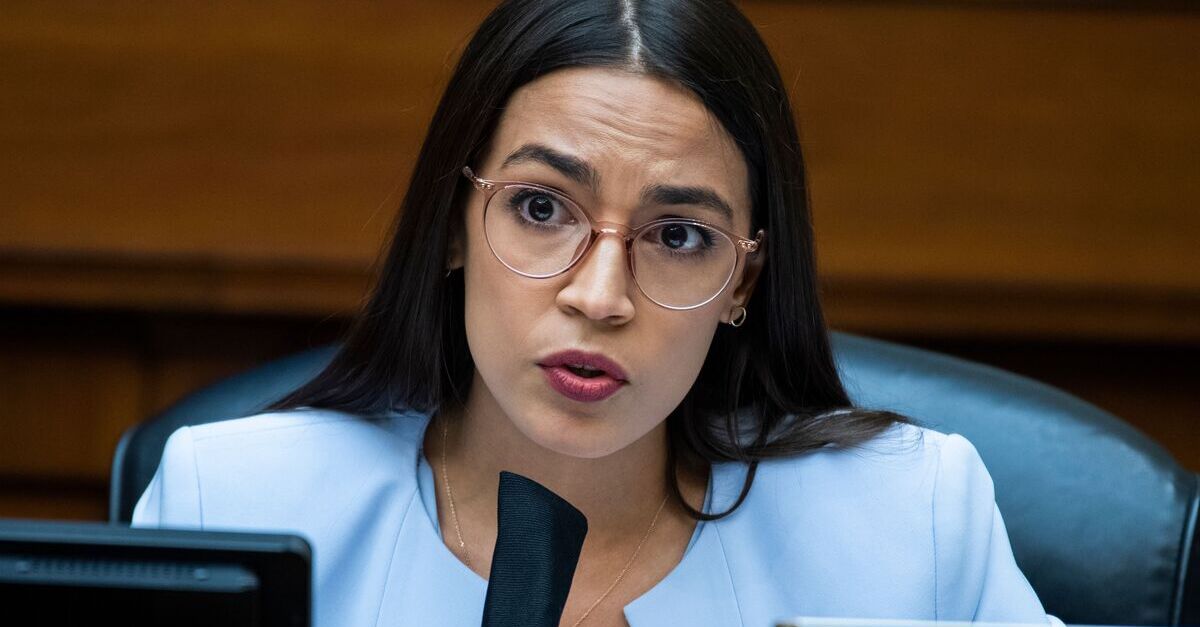 Progressive Rep. Alexandria Ocasio-Cortez (D-N.Y.) and conservative Sen. Ted Cruz (R-Tex.) found themselves in unusual agreement (but only briefly) on Thursday over an issue that’s taking the internet and Wall Street by storm: the battle between Reddit users and hedge funds.

Several online brokerages limited the trading of GameStop, AMC Entertainment Holdings Inc. and other stock picks favored by the r/WallStreetBets subreddit early Thursday after the loosely organized community pushed those shares and others to all-time and yearly highs in an effort to squeeze out short sellers over the past few days.

In non-technical terms, that means the stocks preferred by Redditors can only be sold on Robinhood for the foreseeable future, which will necessarily cause the price of those stocks to fall or stagnate. Additionally, many other stocks must now be purchased in cash.

Vice Media’s Motherboard imprint framed the issue like this: “More than half of all Robinhood users own at least some GameStop stock. They are now unable to freely trade it.”

Ocasio-Cortez, who previously commented on the dust-up as the inevitable result of “Wall Streeters with a long history of treating our economy as a casino,” without necessarily taking sides in the fight, took a forceful position against Robinhood’s decision on Thursday.

“This is unacceptable,” she said via Twitter. “We now need to know more about @RobinhoodApp’s decision to block retail investors from purchasing stock while hedge funds are freely able to trade the stock as they see fit. As a member of the Financial Services [Committee], I’d support a hearing if necessary.”

The Bronx-based democratic socialist also clarified that Robinhood wasn’t the only retail brokerage on her radar.

“Inquiries into freezes should not be limited solely to Robinhood,” she said in a later tweet. “This is a serious matter. Committee investigators should examine any retail services freezing stock purchases in the course of potential investigations – especially those allowing sales, but freezing purchases.”

“Yes @aoc,” he tweeted. “We need an investigation into RobinhoodApp’s decision and who influenced that. And this shows the need for a financial transaction tax on hedge fund shorting and SEC regulations on short selling practices.”

Other Democratic lawmakers quickly piled on:

This is beyond absurd. @FSCDems need to have a hearing on Robinhood's market manipulation. They're blocking the ability to trade to protect Wall St. hedge funds, stealing millions of dollars from their users to protect people who've used the stock market as a casino for decades. https://t.co/CGkJxVfzkv

Cruz, in an atypical but not unheard of political alignment, also lent his support to the Democrats’ call for an investigation:

The trading freezes immediately caused the price of GameStop, AMC, BlackBerry and other stocks promoted by the online posting community to shed recent gains in substantial fashion.

GameStop was hit particularly hard by the announcement.

Premarket trading had the equity as high as $500 but Robinhood’s decision–quickly repeated by multiple additional brokerages–caused the price to plunge to $263.49 at the stock market’s opening bell.

GameStop’s stock price recently went parabolic, causing huge losses for hedge funds who had previously bet against its performance. Those bets, called shorts, can make money when a stock tumbles by borrowing shares, selling them and then replacing the borrowed shares with repurchased shares if and when the price drops.

The organic buying pressure from r/WallStreetBets, however, meant that many of those bets did not pay off–causing a short squeeze that caused multiple hedge funds to take billions of losses.

Ocasio-Cortez, for her part, wasn’t much interested in Cruz’s support.

“I am happy to work with Republicans on this issue where there’s common ground, but you almost had me murdered three weeks ago so you can sit this one out,” she tweeted in response. “Happy to work [with] almost any other GOP that aren’t trying to get me killed. In the meantime if you want to help, you can resign.”