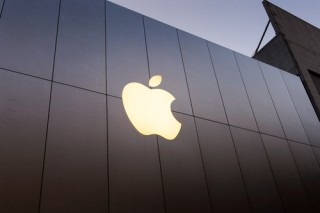 The plot thickens. The day after NSA whistleblower Edward Snowden called the FBI’s claim that it needs Apple to unlock the iPhone of San Bernardino shooter Syed Farook “horsesh!t,” the U.S. Justice Department hit back in a court filing. This marks the latest development in the contentious fight over the FBI’s demands that Apple unlock Farook’s encrypted iPhone.

In the new filing, a reply in support of Motion to Compel, federal prosecutors said Apple’s stance was “corrosive of the very institutions that are best able to safeguard our liberty and our rights.” But the government went one step further, growing accusatory in tone, saying Apple “deliberately raised technological barriers” to prevent the execution of a warrant and inferring that the company is playing to the media in an attempt to protect its brand.

“This burden, which is not unreasonable, is the direct result of Apple’s deliberate marketing decision to engineer its products so that the government cannot search them, even with a warrant,” according to the government.

On February 16, 2016, without notice to Apple, the government asked the U.S. District Court for the Central District of California to compel the company to assist with the investigation of the December attack and hack into Farook’s iPhone 5c. Specifically, the government requested that Apple create new software, call it “GovtOS,” and develop other measures to disable front-end passcodes—steps that directly contradict Apple’s core business principles.

A hearing or, more aptly, a face-off, is scheduled in California federal court for March 22. Apple’s CEO, Tim Cook, has said he’s willing to take the case all the way up to the eight-Justice Supreme Court.