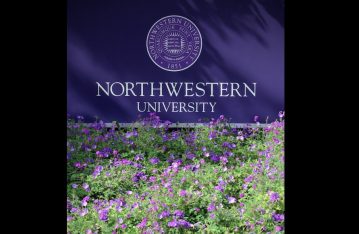 A student at Northwestern University did what many young 18-year-old freshman do when they arrive on campus and attempted to join a sorority.  However, this particular 18-year-old freshman happens to be a transgender student who told the newspaper he is in transition to male.   This presents an interesting situation for Northwestern University and is something we should expect to see more often at higher institutions of learning as they begin to grasp how to handle alternative gender identifications.

The student, Adam Davies, told  the Chicago Tribune newspaper that he saw greek life “on a level that transcends the gender binary” and that is why he chose a sorority over a fraternity (all male organizations).

Unfortunately, he received no offers (or bids) from any of the 12 active sorority chapters on campus that are part of the Panhellenic Recruitment organization.  All the chapters are private and it is impossible to tell whether gender identity played a role in the decision making.

Northwestern University officials told the newspaper they believe this is the first time in history that a situation like this has occurred on a college campus.  They also say Davies knew going into it that he might be rejected.

“Student Affairs staff explained what he might expect based on national organizations’ bylaws, with the information we had available at that time,” university spokesman said Alan Cubbage told the newspaper.

Nonetheless, Davis did not seem too upset or bummed out over his failure to get a bid.  He seemed to suggest the students were great, but the organizations themselves were the problem.

“The vibe was — as far as I could tell — we would love to have you, but we can’t,” Davies told the reporter.

While this may be a case of first impression, George Washington University law professor Jonathan Turley wrote on his blog that it may open up the debate “as to whether sororities that reject such applicants should be found as violating discrimination rules.”

As Turley explains, the landmark Title IX law prohibits discrimination in education based on sex.   However, the federal government has ruled that social fraternities and sororities are exempt and therefore, allowed to set their own sex and gender regulations.  In fact, this was just reaffirmed less than one-year ago in a letter from the DOJ Civil Rights Division and the Department of Education. The letter states, in part:

However, times may be changing sooner than some expect.

According to the newspaper, Northwestern Panhellenic President Nina Seminara said she believes sororities need to “expand their concept of what womanhood means and who is able to value and belong in a predominantly female space — especially because there are already sorority members who don’t necessarily ‘ascribe to the gender binary.'”