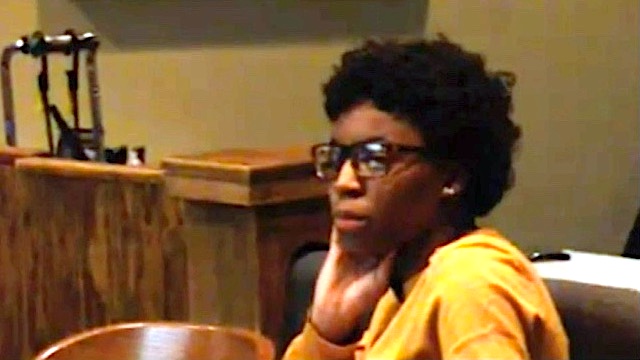 A Memphis, Tennessee jury is currently hearing evidence to decide whether a teenager should be convicted of three counts of first-degree murder over the deaths of a man, his girlfriend, and their unborn child.

Prosecutors say Shelby Isaac was eighteen when she pulled the trigger on Eddie “EJ” Tate, Jr., Edwina Thomas, and what prosecutors called an “unborn child” that Thomas was carrying. The child, medically still an embryo, had been conceived six to eight weeks prior to the deaths of the parents, a medical examiner testified.

The Isaac trial highlights the increasing attempts to criminalize attacks on pregnant women through so-called “fetal homicide” or “feticide” laws. It also raises questions about whether defendants should face criminal liability for causing the deaths of unborn children if the defendants didn’t even know the unborn children existed at the time of an alleged criminal event.

A survey of laws across all fifty states by the National Conference of State Legislatures (NCSL) indicates 38 states have explicit laws which criminalize attacks on unborn children in some fashion. The laws vary widely, however, as to when legal protection for the unborn child kicks in. The survey found that 23 of the 38 states which have fetal homicide laws attach legal protection at the point of conception. Tennessee, where Shelby Isaac is facing trial, is listed among them.

In Tennessee, a 2012 amendment to sections 39-13-107 and 39-13-214 of state law clarified that any reference to a “victim” in the state’s criminal code would also “include a human embryo or fetus at any stage of gestation in utero.”  Though the NCSL survey considers the language of the law to protect an unborn child from the point of conception, it is at least arguable that Tennessee law does not allow the conviction of a defendant for causing the death of a zygote (the stage immediately following fertilization) or a blastocyst (the next stage, which begins a few days after fertilization). The embryo stage of development follows the zygote stage and generally runs from the fifth to the eleventh week of development in some medical literature. In other literature, the embryo stage begins at conception. The grammatical construction of the Tennessee law could be read to limit the law’s reach, but the legislative history (which might be examined by a court, depending on how the state does statutory construction) suggests, but does not completely clarify, the broader approach:

According to the Department of Health, there are distinct definitions for fetus and embryo. The embryonic period extends through the end of the eighth week. After the eighth week, the developing human is called a fetus.

Other states, meanwhile, attach clear limits to a defendant’s liability for the death of an embryo, fetus, or unborn child.  Indiana attaches protection to the fetus once it reaches viability (that’s when it can live on its own outside the mother’s womb). Colorado defendants face increased sentences if convicted of certain (but not all) crimes which result in harm to an unborn child where the “defendant knew or reasonably should have known that the victim was pregnant.”

However, not all states with fetal homicide laws clearly require evidence that the defendant knew the mother was pregnant. In those states, hypothetically, a defendant could be convicted of causing harm to a child a defendant doesn’t even know existed.

Some states, including Idaho and Tennessee, have specific legal carve-outs for abortion. The U.S. Supreme Court has held since Roe v. Wade that the government cannot restrict a woman’s liberty to choose an abortion.

Prosecutors have accused Shelby Isaac of planning a robbery, pulling a gun, and shooting and killing Tate and Thomas. If the accusations are true, her case does not tee up a harsh examination of the fairness of fetal homicide laws, since the underlying shootings are troubling enough for most observers, and also because the unborn child passed into the embryo stage under most, if not all, medical definitions of the term.

Defense attorneys say the alleged getaway driver, Victoria Seay, who implicated Isaac, has changed her story about the crime to make herself look better. They argue Seay is the real killer.