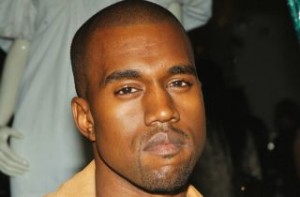 Media comes in many different forms these days. As a media writer, most of the attention in this space focuses on that of broadcast media and particularly cable news as it offers the most content to critique.

But social media is an aspect that deserves attention from time to time as well. Seemingly a week doesn’t go by without someone stepping in it, all thanks to being both tempting (providing an instant gratification mechanism to get something off one’s chest) and filterless (no editor or producer to stop or alter a message from going out to the masses). Suspensions and firings that never would have occurred ten years ago are increasingly the result.

And then there are moments when Tweets actually serve as advertisements. This obviously crosses into the celebrity realm, where Twitter helps big stars communicate (mostly one-way) with their millions of followers without the hassle of doing interviews or sending out a formal press release like the old days of the early 21st Century.

Kanye West is a prolific Tweeter, recently (March 30th) sending out 33 Tweets in one day to his 22.1 million followers. But its another recent Tweet that has Mr. Kardashian in potentially a world of legal trouble.

So when Kayne says he won’t be offering his new album on the immensely-popular iTunes or Spotify, that’s notable news to his fans (as you can see, that Tweet alone generated more than 36,000 retweets and 51,000 likes). How notable? Enough for more than a few of them (one estimate is two million people) to race to Tidal and pay for a $9.99 subscription after hearing about (via news afterwards) and/or reading Kanye’s Tweet.

Fast forward a few weeks later and Kanye’s new album, The Life of Pablo, is released to much fanfare. But one problem: It’s not only not exclusive to Tidal, but is released on the aforementioned iTunes, Spotify and even Kanye’s own website. One fan, Justin Baker-Rhett is now so steamed the new album is no longer exclusive to Tidal that he decided to file a class action lawsuit against West and Tidal for deceptive marketing practices.

“We fully support the right of artists to express themselves freely and creatively, however creative freedom is not a license to mislead the public,” Baker-Rhett’s attorney Jay Edelson told the Associated Press. “We believe that we will be able to prove to a jury that Mr. West and Tidal tricked millions of people into subscribing to their services and that they will ultimately be held accountable for what they did.”

So is this a classic bait and switch? Does the plaintiff have a case? Most importantly, does a promise on Twitter constitute official advertising and therefore binding? We asked a few great legal and business minds to weigh in.

“Since Tidal is a subscription service, this strikes me as a classic fraud in the inducement so long as Kanye knew that he would, eventually, make the music available on other services. In this instance, the class will be entitled to get their money back, cancel their subscriptions, enjoin Tidal from selling or otherwise disposing of the subscriber information improperly collected, and may be entitled to punitive damages if they can show that Kanye’s induced them to subscribe to Tidal based on what he knew was a fraudulent statement.

My suspicion is that Tidal will voluntarily be willing to erase these subscribers info from their marketing data bank but one has to wonder how many other companies they’ve sold the data to already. If Kanye did this knowingly, it is a really low thing to do.”

“While I am certainly personally on the side of buyer beware from a legal perspective, the FTC is not, and has very specific guidelines when it comes to social media posts,” explains Roth, a Wharton graduate, New York Times bestseller and CNBC contributor. “The FTC says the following on its websites about endorsers:

If an endorser is acting on behalf of an advertiser, what she or he is saying is usually going to be commercial speech – and commercial speech violates the FTC Act if it’s deceptive. The FTC conducts investigations and brings cases involving endorsements under Section 5 of the FTC Act, which generally prohibits deceptive advertising.

“From an ethics perspective, I think it goes to whether Kanye knew this was going to be fully exclusive or not,” Roth explains. “Sometimes, mistakes happen, so what was done to later correct the mistaken posting? Saying “never never never” makes a misunderstanding of something like exclusivity harder to believe.”

But most of all, my perspective shifts to honoring your fans and customers,” she concludes. “Whether I am Kanye or Tidal, you don’t want large numbers of fans making a purchase based on a perceived bait and switch, even if the perception isn’t reality. You always want to make your fans and customers happy, so if I were advising Kanye and Tidal, I’d have them work together to grant refunds to anyone who signed up based on a false promise. If they love the service, they won’t need to be refunded and you preserve those hard-earned relationships. It’s good business.”

Really interesting case. So on practical grounds, I think the plaintiffs (West fans) have a very strong argument that they were misled into signing up for Tidal in order to listen to the album. California law prohibits companies from marketing something which they know to be “untrue or misleading.”

The question is whether the plaintiffs in the case can prove damages, and if a court will be convinced that the tweet is legally binding. A court could find that the very strong wording of Kayne’s tweet — “never” — constitutes an offer to enter into a contract. This one will be an interesting one to watch!

So that’s what to ultimately watch for here: Are Tweets legally binding? What kind of precedent will this potentially high-profile case set moving forward?

But as the influence of Twitter continues to grow, get ready to see more coverage of that megaphone of 140 characters and all the trouble that potentially goes with it can provide.

LawNewz will update the proceedings and outcome of this case as details become available.