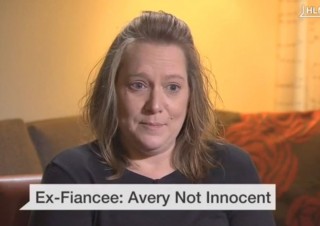 For the first time since the release of the hit Netflix documentary Making a Murderer, we are hearing from convicted murderer Steven Avery from behind bars. In a letter sent to WISN 12 News in Milwaukee, Avery once again professed his innocence – and even goes so far as to claim that the State of Wisconsin paid his ex-girlfriend Jodi Stachowski to lie on Nancy Grace‘s show.

If you followed the 10-part documentary,  Stachowski told the producers that she believed Avery was innocent. But just this month, she had a change of heart. Stachowski made nation headlines after telling Nancy Grace that Avery was ‘not innocent’ and was actually a ‘monster’ who abused her.  Avery didn’t take well to that.

Here is what he wrote to the reporter from prison: 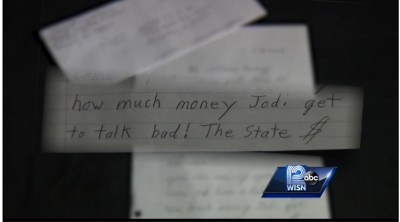 The television station reports Avery’s handwritten note came along typed statement in which he wrote:

“The real killer is still out there. Who is he stalking now? I am really innocent of this case and that is the truth!!! The truth will set me free!!!!!!!”

Avery, in the letter, said that he would be willing to be interviewed but the Wisconsin Department of Corrections does not allow it. Avery, along with his nephew, were convicted in the 2005 murder of freelance photographer Teresa Halbach. The documentarians suggest that evidence may have been planted by police, in order to obtain a conviction. Last week, Avery filed an appeal asking for a new trial.

[h/t and screengrab via WISN]