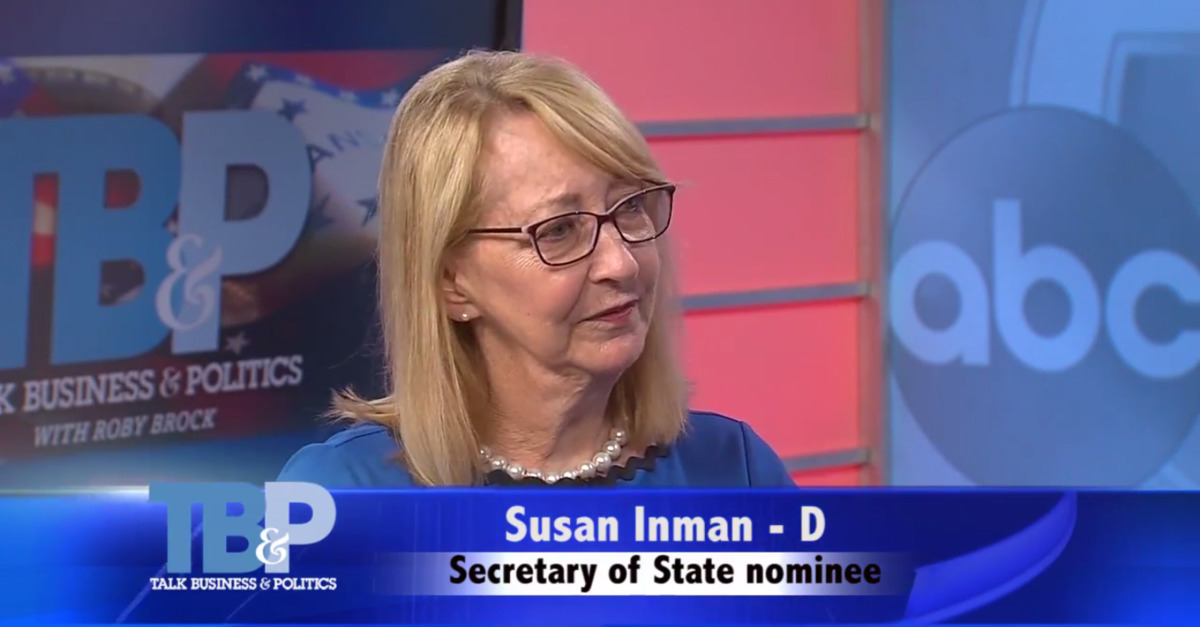 A county in Arkansas temporarily closed all of its early voting locations after the Democratic Party’s nominee for secretary of state was left off the ballot by the GOP-dominated county election commission.

Susan Inman, the nominee in question, spoke with Arkansas Online about the ballot issue.

“I received a text from a friend who went to the early voting poll and said my name wasn’t on the ballot,” Inman noted on Monday–the first day of early voting in the Natural State.

“Of course I was in sheer disbelief,” the candidate said. “This should have never happened. This is an actual failure of election officials to check their materials.”

After receiving that text, Inman reached out to the Garland County Election Commission.

According to the Arkansas Times, a would-be Inman voter did the same after they noticed their preferred candidate’s name was missing from the ballot at 8:15 on Monday morning.

Election officials eventually shut down all of the county’s four early voting locations.

According to the Hot Springs Sentinel Record, the county’s main early voting site was only paused for roughly half an hour before the Inman-lacking ballot was corrected there. Three of those early voting locations, however, were shuttered for hours in order to address the issue.

Before those corrections took effect, 222 ballots had already been cast–according to Garland County’s Republican Election Commission Chair Gene Haley. Those already cast ballots won’t be corrected or changed to account for the county’s mistake, Haley confirmed to the Times.

Arkansas Democrats immediately moved to reassure their own voters. Communications Director Reed Brewer took note of the issue in an email obtained by the Record.

“This morning, we were alerted that Secretary of State candidate Susan Inman was mistakenly left off the ballot in Garland County,” Brewer said. “County officials are working quickly to fix the problem, but if you go to vote and do not see Susan Inman’s name on your ballot, do not cast your ballot and please tell your poll workers immediately.”

Inman’s own official statement took a less conciliatory tone–and offered one potential fix so that similar issues don’t occur in the future. She said:

[This] monumental mistake, which left my name off of Garland County’s early voting ballot, underscores the need for Arkansas to do its voting by mail. There are constant problems with these election machines and today’s error is just another in a long line of examples that prove it’s time for Arkansas to adopt a vote by mail system.

After the controversy received a fair amount of local media coverage, county officials insisted that Inman’s omission was the result of human error.

Haley said that during a testing period last week, election officials discovered that not all of the primary election winners’ names had been transferred to the county’s ballots. Those omissions, Haley said, were supposed to have been re-entered by hand. This process is apparently what kept Inman’s name off the ballot.

The GOP chair also noted that a sign is prominently displayed warning voters to ensure that their ballots are correct before being submitted–but ultimately conceded that blame for Inman’s missing name fell on the commission.