Report: This Judge Has More than 50% Chance of Being Picked For Supreme Court 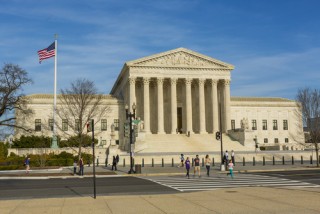 President Obama is expected to announce his Supreme Court nominee as early as next Wednesday, according to a Washington Examiner report. Their source indicates that the President’s short list is down to five, with one front-runner leading the pack.

The rumored candidates are Chief Judge Merrick Garland and Judge Sri Srinivasan of the D.C. Court of Appeals, D.C. District Judge Ketanji Brown Jackson, 8th Circuit Court of Appeals Judge Jane Kelly, 9th Circuit Court of Appeals Judge Paul Watford. The source believes that Judge Srinivasan is the favorite, with a greater than 50 percent chance of being nominated. He would be the first ever Asian American to serve on the nation’s highest court. Reuters also reported that these five judges are the only ones under consideration, according to their source.

White House officials are not confirming any rumors, and spokesperson Josh Earnest told a reporter that he was not in a position to confirm whether any individuals are under consideration. When asked about Garland, Kelly, and Srinivasan, he simply said those three “are people that the president was proud to have appointed to the federal bench.”