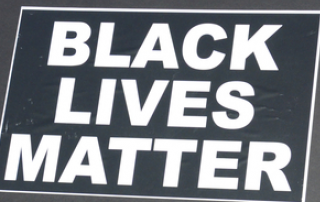 A budget item for a public school system has gotten the attention of citizens in Wisconsin. The Milwaukee Public Schools’ proposed budget for the 2016-2017 fiscal year includes $471,073 under an entry named “Black Lives Matter.”

A description in the proposal says that the school system will be devoting the funds to working on a partnership program that will “develop a cultural studies program,” and training for staff to improve student performance and culture through “meaningful dialogue and support on issues surrounding race and trauma.” Another part of the proposal listed under Black Lives Matter says the money will go towards the “My Brother’s Keeper” initiative, which aims to improve social and academic performance of black male students.

The proposal has brought on confusion as to where the money is actually going. Black Lives Matter is an organization that has drawn criticism, but it is unclear whether they are actually the ones who are partnering with the school district.

Kyle Olson, founder of the local watchdog Education Action Group, told Fox News, “All I’ve seen from ‘Black Lives Matter’ is a fomentation of hatred against the police, increased racial division and making excuses for the combination of poor parenting and failed policies from big city liberal politicians.” But Tony Tagliavia, a Milwaukee Public Schools spokesman, told the network in a statement, “No funding is going to any Black Lives Matter organization.” He clarified that the money would be going towards hiring three social studies teachers and staff development.

According to WISN radio, the school district said the name Black Lives Matter was used to refer to “a group of people who espouse the value” of the movement.

The specific mentioning of the “My Brother’s Keeper” initiative indicates that this is true. That program was launched by President Barack Obama, not Black Lives Matter.