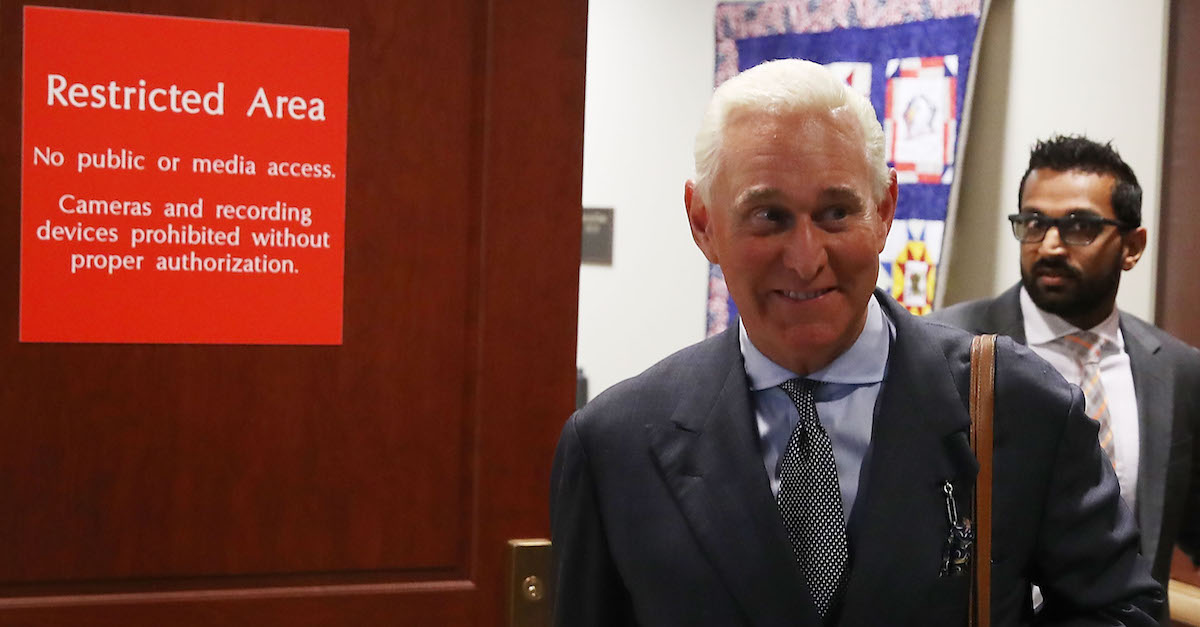 President Donald Trump‘s much-ballyhooed and oft-promised border wall between the U.S. and Mexico was apparently a concept invented by advisers in order to keep the famously mercurial candidate on-message and attacking immigrants.

According to the New York Times, Trump advisers Roger Stone and Sam Nunberg came up with the concept of the border wall sometime in 2014. Steve Bannon played a minor role as well.

As Mr. Trump began exploring a presidential run in 2014, his political advisers landed on the idea of a border wall as a mnemonic device of sorts, a way to make sure their candidate — who hated reading from a script but loved boasting about himself and his talents as a builder — would remember to talk about getting tough on immigration, which was to be a signature issue in his nascent campaign.

This obscure bit of presidential history was previously reported by author Joshua Green who made note of the un-built border wall’s genesis in his 2017 book Devil’s Bargain:

Inside Trump’s circle, the power of illegal immigration to manipulate popular sentiment was readily apparent, and his advisers brainstormed methods for keeping their attention-addled boss on message,” Green writes. “They needed a trick, a mnemonic device. In the summer of 2014, they found one that clicked. “Roger Stone and I came up with the idea of ‘the Wall,’ and we talked to Steve [Bannon] about it,” said Nunberg. “It was to make sure he talked about immigration.”

And talk he did.

At first, however, Trump himself was a bit cool to the idea of pledging to build a wall. That coolness, of course, eventually evaporated.

In January 2015, [Trump] tried it out at the Iowa Freedom Summit, a presidential cattle call put on by David Bossies group, Citizens United. “One his pledges was, ‘I will build a Wall,’ and the place just went nuts,” said Nunberg. Warming to the concept, Trump waited a beat and then added a flourish that brought down the house. “Nobody,” he said, “builds like Trump.”

The Times story also helpfully notes that out of Trump’s repeatedly promised 1,000-mile-long artificial barrier on the U.S.-Mexico border exactly zero additional miles have so far been built. That’s not likely to change any time soon.

And now anti-immigrant hardliners are now starting to doubt the wisdom of the mnemonic device.

“As a messaging strategy, it was pretty successful,” said Mark Krikorian, executive director of anti-immigration think tank the Center for Immigration Studies. “The problem is, you got elected; now what do you do? Having made it his signature issue, Trump handed the Democrats a weapon against him.”