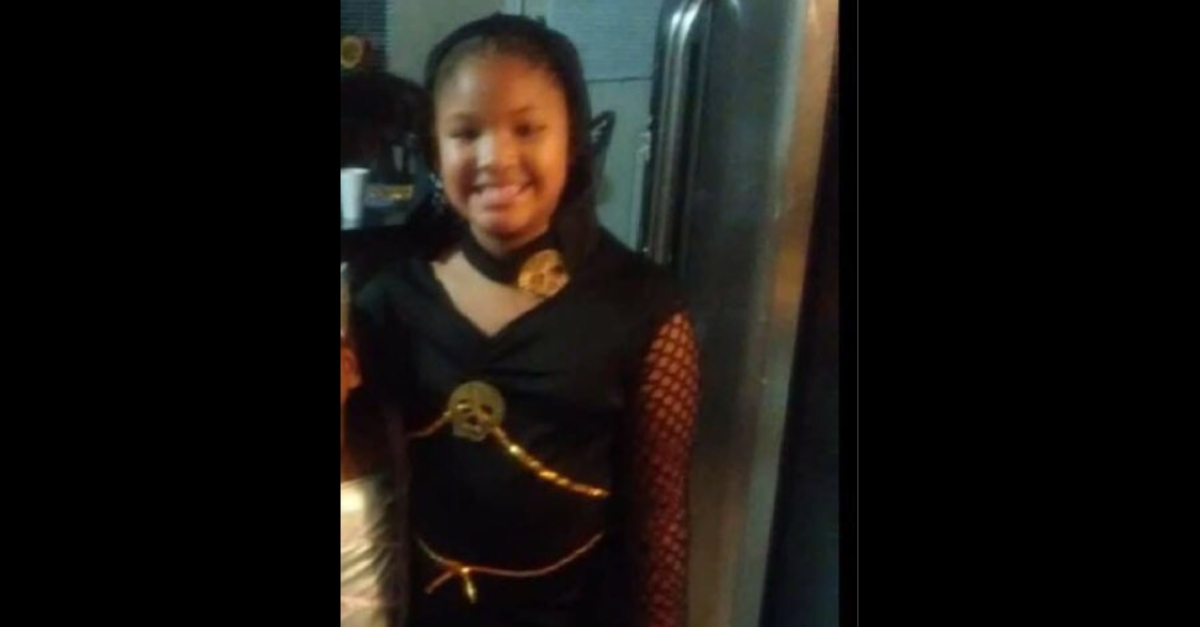 Police announced an arrest late Saturday in the murder of 7-year-old Jazmine Barnes. Eric Black Jr., 20, was charged with capital murder, according to the Harris County Sheriff’s Office. Available reporting suggests that a second man is being identified as the actual shooter.

Deputies originally sought a white male suspect in the Dec. 30 death. Barnes, three sisters, and her mother were in a vehicle and someone shot at them, authorities said. She and her mom were struck, while a sister was injured by broken glass, said Sheriff Ed Gonzalez in a press conference Monday. The shooting was described as random and unprovoked, while Barnes’ mother suggested that racism motivated the killing.

But Black, who appeared in court Sunday, is black. Larry Woodruffe, 24, is the second man implicated in the shooting. Deputies haven’t publicly identified him as of Sunday morning, but he was named in reports by KTRK and reporter Shaun King. He is also black.

BREAKING: @HCSOTexas has identified 1st suspect in #JazmineBarnes murder as Eric Black, Jr. 20. I can also confirm a 2nd suspect as Larry Woodruffe, 24 (below). He is believed to be the shooter. No connection to Jazmine or her family, per sources. https://t.co/wnaXDXVOO0 #abc13 pic.twitter.com/YsYvUSZX4g

Deputies suggested Saturday that Barnes’ family was targeted in a case of mistaken identity. Investigators arrested Black after corroborating a tip, authorities claimed.

It is somewhat unclear how the initial report of a white shooter led to the arrest of two black men. Gonzalez got an email from a confidential source identifying the shooter and another man in the vehicle, according to the prosecution in Black’s court appearance. Authorities allegedly took Black into custody, he admitted that the weapon was at his home, and shell casings were consistent with the scene of the shooting. They drove a black-colored KIA, not the red pickup truck purportedly driven by the white suspect.

The sheriff’s office pushed back Sunday morning on any suggestion that Barnes’ family did anything wrong.

All evidence gathered so far in the Jazmine Barnes Homicide case supports investigators’ strong belief that she and her family were innocent victims. #JusticeforJazmine #hounews

S. Lee Merritt, an attorney who helped put up a reward for the suspect and has been working with Barnes’ family, suggested that witnesses mistook a fleeing bystander (a white man) as the actual shooter.

It is difficult to understand how at least 4 independent witnesses mistook 2 black male suspects for 1 older white suspect. However it is imaginable that witnesses confused a fleeing bystander for the actual shooter.

The HCSO announced a press conference on the case to take place Sunday at 2:oo p.m. CT/3:00 p.m. ET.

Note: At the press conference, Gonzalez credited Shaun King with passing along a tip leading to the arrest. He said Black admitted to having a role in Barnes’ death. Gonzalez mentioned that another person was involved, but didn’t identify them because investigators were still trying to verify information.

He said a red truck seen at the incident probably belonged to a witness, not the shooter, and added that authorities still wanted to speak to the driver to learn more about what happened that day. Gonzalez maintained that Barnes’ family wasn’t involved in anything bad. This was a random shooting.