‘Robot Lawyer’ Gets Drivers Out of 160,000 Traffic Tickets 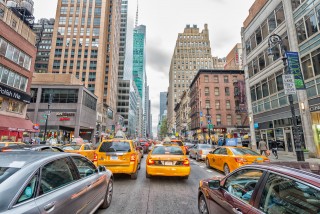 When Joshua Browder developed his app, DoNotPay, and released it in London in the fall of 2015, he may not have known how successful it would become.  To date, his app has allowed people to get out of 160,000 traffic tickets and that number continues to climb as the app is used more and more. The app serves as a robot lawyer of a kind, where you type in a legal question and the machine gives you a response and asks you certain questions to ascertain if you can get out of your parking ticket. Better yet, it doesn’t charge the same as a human lawyer would.

“I think the people getting parking tickets are the most vulnerable in society. These people aren’t looking to break the law. I think they’re being exploited as a revenue source by the local government,” Browder told VentureBeat. Browder is only a freshman at Stanford University.

The app is currently available in New York and London, and Browder hopes to expand his app to Seattle in the future. While getting people out of parking tickets is all well and good, the app has expanded its reach to deal with other legal matters. It has begun to help people with HIV understand their rights and also aided travelers in collecting compensation for their delayed flights. In addition, he has begun to develop a bot to help refugees apply for asylum and is using IBM Watson, who you may know better from Jeopardy, to translate from Arabic to English.

“I feel like there’s a gold mine of opportunities because so many services and information could be automated using AI, and bots are a perfect way to do that, and it’s disappointing at the moment that it’s mainly used for commerce transactions by ordering flowers and pizzas,” Browder said according to VentureBeat.