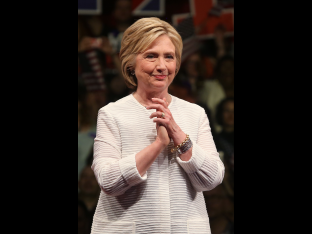 The official calendar kept by Hillary Clinton during her tenure as Secretary of State had about 75 missing meeting entries — coincidently, the missing entries just happened to involve meetings with political donors, Clinton Foundation donors and other outside interests.  The Associated Press fought for two years through a Freedom of Information Act (FOIA) lawsuit for access to more records.  The AP reports they conducted a review by comparing the official 1,500 page calendar with a separate group of planning schedules provided to Clinton by her aides each day prior to the day’s events.   The review revealed her official calendar was missing the “names of at least 114 outsiders who met with Clinton.”

The report then looked into whether the nature of Clinton’s constantly changing schedule could be partially to blame, but they found only seven meetings from the planning schedules were changed to substitute events on the official schedule.  They then found over 60 events shown on the planning schedules were either completely left off the official calendar, or barely noted as “private meetings” without providing any further details such as the names of the people that met with her.

In one particular example, they looked at the official calendar from September 2009 when Clinton had a private breakfast at the New York Stock Exchange but found no names of attendees listed.  When they went to the planning schedules from the same day, they discovered the breakfast guests included about one-dozen major business leaders from Wall Street.  And here is the kicker, most of the attendees worked for or owned firms that had lobbied the United States Government and donated to the Clinton Foundation.

While the AP notes there is no evidence federal law was violated, they believe these omissions raise even more questions about Clinton’s record keeping habits and handling of government information. This is especially true in light of the ongoing FBI criminal investigation into her use of a private email server.

Clinton campaign spokesman Nick Merrill told the AP that Clinton “has always made an effort to be transparent since entering public life, whether it be the release of over 30 years of tax returns, years of financial disclosure forms, or asking that 55,000 pages of work emails from her time of secretary of state be turned over to the public.”

Danielle Brian, executive director of the Project on Government Oversight told the AP, “It’s clear that any outside influence needs to be clearly identified in some way to at least guarantee transparency. That didn’t happen.  These discrepancies are striking because of her possible interest at the time in running for the presidency.”

Speaking of outside influence and transparency, back to the 2009 NYSE breakfast event for a moment — four of the attendees went on to donate to the U.S. pavilion at the 2010 Shanghai Expo, described in the article as Clinton’s “pet diplomatic project of that period.”  There were no notes or details of that breakfast meeting in Clinton’s records.