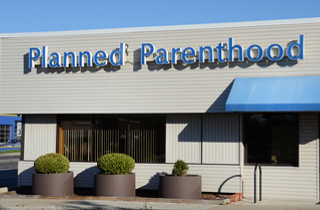 Almost one year after Robert Lewis Dear Jr. allegedly opened fire at a Colorado Springs, Colorado Planned Parenthood location, and just a few days after his status as incompetent to stand trial was reaffirmed, another judge is expected to rule imminently on whether to allow a related civil case to proceed. The Denver Post reports that a lawsuit filed by some of the victims against Planned Parenthood, alleging inadequate security, is on hold pending a upcoming ruling on what to do with the evidence gathered for the criminal prosecution.

Both sides of the civil lawsuit are in agreement that the prosecution should turn over evidence from the criminal investigation, like crime scene photographs and video as well as police reports. The prosecution, however, is fighting these efforts because their case against Dear is still technically ongoing. However, there’s no indication that Dear will ever be competent to stand trial, so the civil lawyers are arguing that the status of the prosecution should not have any bearing on the lawsuit.

“Once you give out the discovery you will no longer control it,” said El Paso County District Attorney Dan May to Fourth Judicial District Chief Judge Gilbert Martinez at the same hearing where Dear was once again ruled incompetent to stand trial.  Joseph Archuleta, the attorney for the victims, disagreed, telling Martinez that “I think delaying this matter until the criminal case is resolved may postpone the civil case indefinitely.”

For Planned Parenthood’s part, their official stance on the lawsuit itself is that “because Dear’s sudden and random criminal act was the predominant cause of the shootings and injuries, the alleged security inadequacies on the premises were not substantial factors in causing the shooting and injuries.” The lawsuit is set to go to trial in July, but Planned Parenthood has sought to delay the proceedings, and that issue will be addressed at a hearing on December 2nd.