President Donald Trump Will Want to Make it Easier to Sue The Media, Except He Can’t 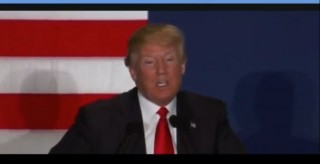 Donald Trump just told a crowd of excited supporters at a Texas rally that he is going to “open up our libel laws so when they write purposely negative and horrible and false articles, we can sue them and win lots of money.” Trump seems to be in an all out war with the mainstream media. But, I hate to tell you, Mr. Trump, it would be awfully hard for you to loosen up the libel laws if you were president. You really wouldn’t have that kind of power. Why? Because libel laws are different in every state.  States NOT the federal government are mostly responsible for governing that area of the law. In fact, case laws and precedents surrounding defamation are different from state to state.

For example, in New York, defamation/libel is guided by one case while in Florida a different law exists.  And while most of the requirements from state to state are similar– there are some noted differences. Trump would have a tough time in Florida getting a lot of money because, as the Digital Media Law Project points out, the Florida Supreme Court ruled that the state no longer recognizes presumed damages (money)for defamation per se in lawsuits against media organizations. Defamation per se is basically a legal doctrine which holds some statements are so outrageous, so false, so damaging that they cause harm to the plaintiff’s reputation. In addition to state-by-state case law differences, some states also have different laws regarding what constitutes criminal libel.

Plus, in case he forgot, the U.S. Supreme Court would almost certainly declare the new Trump laws unconstitutional. In New York Times v. Sullivan, the court found that the First Amendment protects the publication of all statements — even false ones– when it relates to the conduct of public officials. The only exception is if the plaintiff can prove actual malice (aka that the person knew or should have known the statements were false).

The bottom line: it would be pretty hard for Donald Trump to “open up the libel laws” by himself. He certainly could urge states to make it easier for plaintiffs to sue but as a legal matter, its a pretty meaningless threat  The only other option, of course, would be to get Congress to pass a constitutional amendment to override the First Amendment. Yeah that’s the ticket.