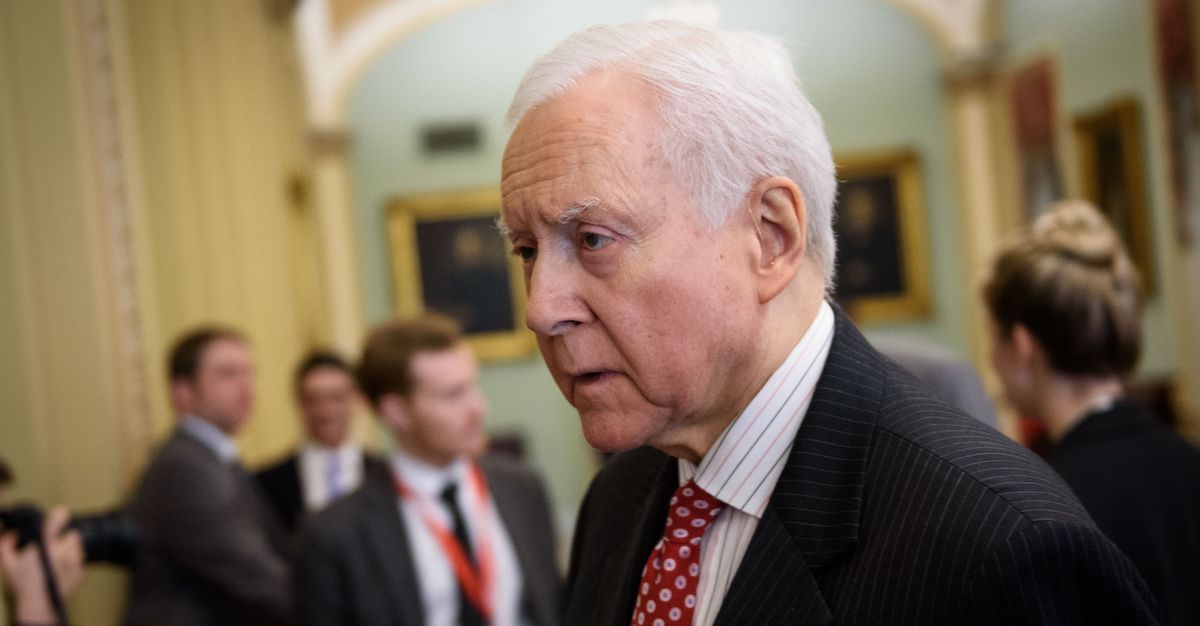 Hatch released a statement to say that he made “irresponsible” comments during an “unplanned hallway interview with CNN.” Hatch touted his past remarks on Special Counsel Robert Mueller’s Russia investigation, Paul Manafort, Rick Gates, and campaign finance allegations to show that he does care.

“While I don’t believe Michael Cohen is any kind of reliable voice in this process, I have expressed confidence in Bob Mueller and his investigation countless times, including writing in the Wall Street Journal that he must be allowed to complete his investigation,” Hatch said. “Last October, when Paul Manafort and Rick Gates were indicted, I said, ‘I believe that it’s in the best interest for all parties involved to allow Bob Mueller to conduct a full and vigorous investigation.’ More recently, this August I acknowledged that the campaign finance allegations were ‘some serious charges, and they can’t be ignored.'”

Hatch said that he “regrets” having spoken “imprudently.”

“I don’t believe the President broke the law, but one of the core principles of our country is that no one is above the law. That means anyone who does break the law should face appropriate consequences.”

Hatch’s Monday comments were taken to mean that he believed Trump was above the law.

“The Democrats will do anything to hurt this president,” he said.

As Law&Crime noted before, CNN’s Manu Raju mentioned that the Cohen guilty plea to campaign finance violations wasn’t the doing of Democrats, but that of the SDNY U.S. Attorney’s office, which is run by a Trump appointee.

“Okay but I don’t care; all I can say is he’s doing a good job as President,” Hatch replied. “I don’t think he was involved in crimes but even then, you know, you can make anything a crime under the current laws; if you want to you can blow it way out of proportion–you can do a lot of things.”

Hatch addressed the “current laws” remark as well on Friday.

“I also said in the unplanned hallway interview that “you can make anything a crime under the current laws.” I’ve long believed our criminal code is simply too large. I’ve proposed legislation to reduce overcriminalization, simplify our criminal code, and reinvigorate criminal intent requirements,” he said, citing examples.